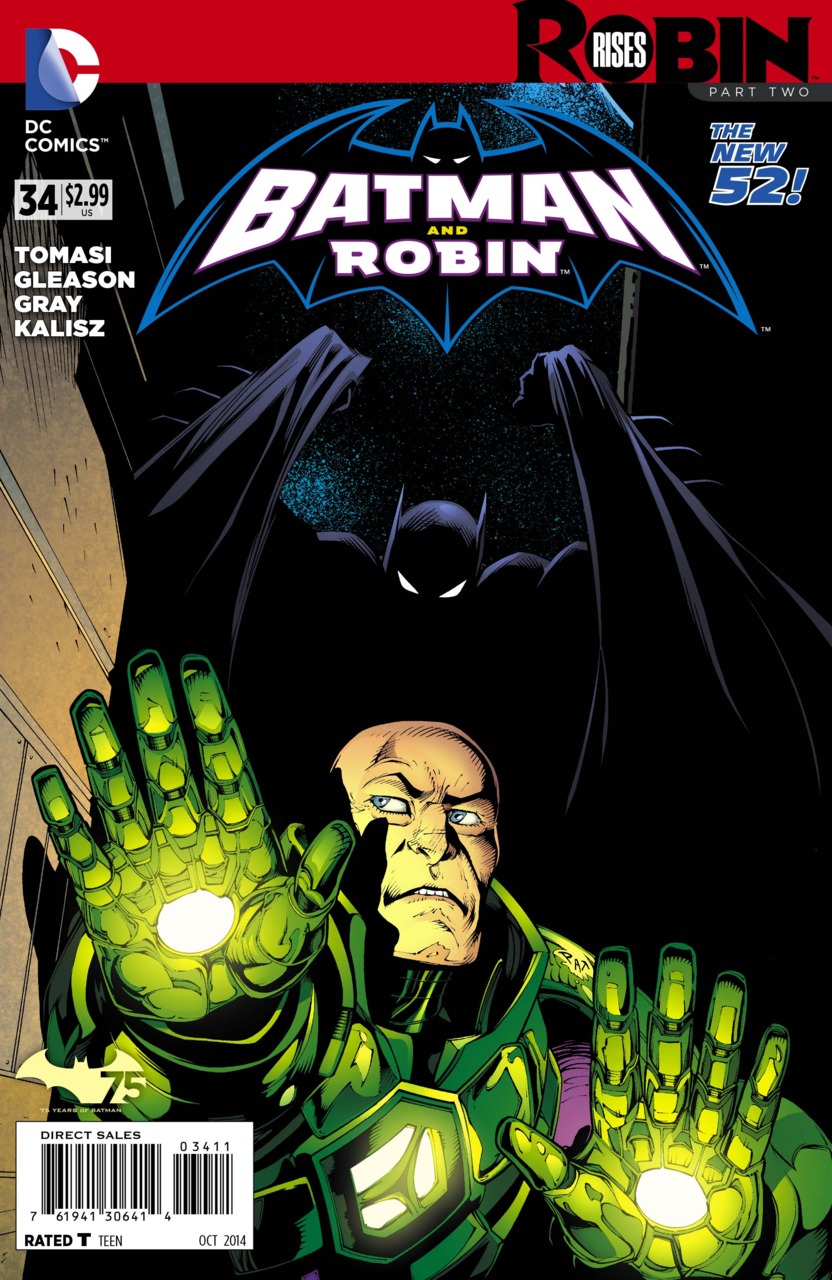 Basically, this is the make-up issue for the Bat-family. They are finally at peace after the results of Death of the Family. And it was a good sign of things to come. I enjoyed their interactions with one another when they ARE NOT fighting with each other.

Tomasi continues to build an interesting story that promises to pay us back with a Robin. As to who, he’s remaining tight-lipped about. But until then, it’s fun to speculate. He continues to show us all the things that a father would give for his son. And that in itself is a truly touching story.

The guys on art continue to do an amazing job. Patrick Gleason does a great job of emoting people’s facial expressions. And even though his people aren’t necessarily the most attractive people, the guy does an incredible job on monsters and other creatures. If this guy weren’t drawing some Batman, I’d definitely want to see him doing some Godzilla comics. Can you imagine how awesome that would be?!

Batman meets up with the rest of the family, and makes up with them. They agree to it, only if he gives them “unconditional truth now and forever”, and he agrees. Of course, we know he’s already not doing that by withholding information about Dick.

He shows them a Parademon he has had locked up in the Batcave since the invasion in the beginning of the formation of the Justice League. On it, he has taken one of the boom tubes, which will grant him access to Apokolips. He then tells them that he needs to get to the Justice League headquarters so he can get the Hellbat suit, and they agree to help. However, he’s not asking for help. The reason he’s asked them to come tonight, is so he can tell them to keep Gotham safe in case he doesn’t come back from this… Really a touching moment.

They leave, and Dick appears, being there the whole time. Bruce asks Dick to take on the mantle of Batman if he doesn’t come back. Saying he wore it well before, and Dick agrees to do so. He then asks a favor from Dick…

The Justice League is distracted by their arch-enemies all around the world, when they realize they are holograms (caused by tech from SPYRAL courtesy of Dick). Luthor realizes that it’s Batman, and rushes to the armor to find it missing, and Captain Cold tied up. But Batman hasn’t left yet. Luthor seems interested in Batman’s defiance of the Justice League, and offers to go with him. Batman refuses his offer, and Luthor upgrades the armor instead. He also mentions that the suit poses a danger to Batman.

Awesome issue, and I can’t wait to see Batman on Apokolips in this high tech suit!