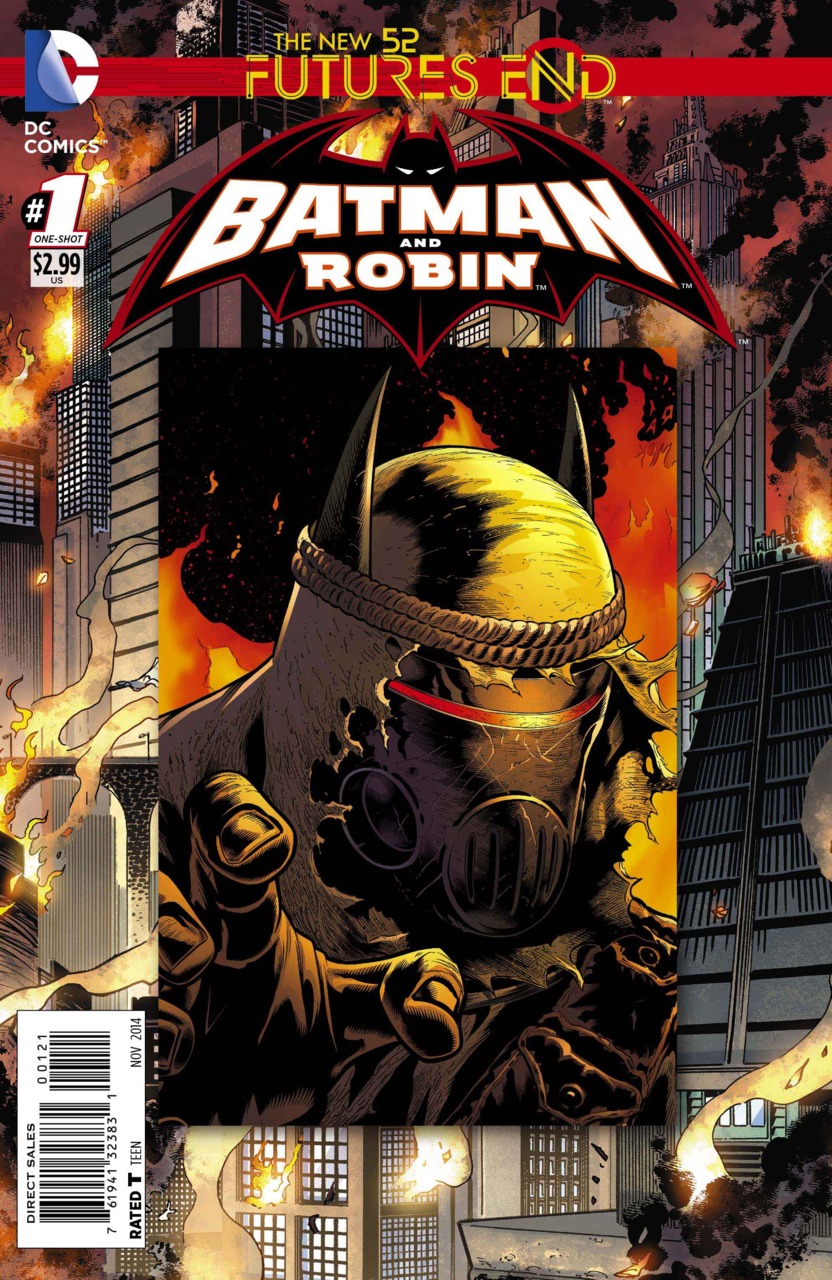 Patrick Gleason set up a nice story with the cover. It kinda shows us that the more things change, the more they stay the same. Batman is still hesitant to put Robin in danger, Robin still wants to help, Robin disobeys and saves the day. The only difference here, is that Batman is pretty beat up, as we will explore in other tie-ins.

Dustin Nguyen does the art… Again. I don’t know how in the world the guy has been putting out his work so quickly, lately. Has he always been this fast? He just got out an issue of Eternal a week ago, and he’s been having something out about every month. Looks great, as always.

Five years from now, Batman has a new Robin… Well, he’s not “new” because he’s been doing this for two years, now. But he’s new to us. He senses that Batman is keeping him away for some reason. And this is true. Batman is in his Dark Knight Returns suit, equipped with the BvS bat logo, and is fighting the Heretic. Is this Damian, or another clone? That’s what Batman wants to find out.

Alfred keeps pleading with Batman to let Robin help (who we learn is Duke, the kid we saw in Zero Year), but Batman refuses, knowing that the Heretic already killed Robin once before.

Batman has Alfred send Robin to fight a bunch of robots in an abandoned building to distract him. He beats them all, and when it looks as though Batman will be defeated by Heretic, Robin shows up, and takes Heretic down. They send a DNA sample to Alfred to run, to see if it really is Damian, however the comic ends before we are able to find out.

The fight scene was great. Dustin Nguyen took this as an opportunity to do a nine panel sequence, followed by a twelve panel sequence, followed by a FIFTEEN PANEL SEQUENCE. One of the best fights I’ve seen in comic form. The choreograph was great. Robin was likable, and if we don’t get Damian back, I’d like Duke. It built anticipation as to who the Heretic was, they didn’t place too much importance on it. Which was good, because they didn’t reveal it. And that really wasn’t what this story was about, so it didn’t bother me at all.