It’s been twenty-five years since the Batman movie franchise bottomed out with the release of Batman and Robin (1997) in theaters. Look, I know that the movie is not good. It will always be at or near the bottom of any Batman movie rankings, but for today’s TBU Five Things, I will pick out Five Things that I thought were good from the movie. (In all fairness, five might’ve been pushing it.) 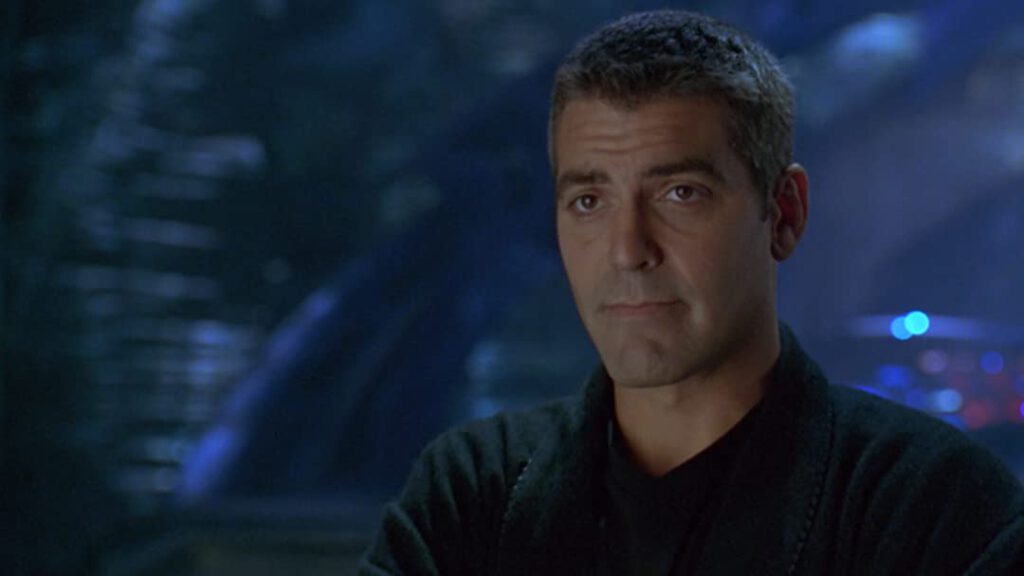 This is one of the few redeeming moments in the movie. Look, I know it’s so dumb and campy how Batman and Robin have been fighting because Poison Ivy used her feminine charm to drive a wedge between them. At this moment, Robin will confront Ivy after she made the “Robin Signal” in the sky. Bruce Wayne knows that she wants to kill Robin, so he calls back the moment earlier in the movie when Dick said that the Flying Graysons thrived because they trusted each other.

Bruce pleads to Dick to trust him now and points out how they are a family. The music swells, and it’s a really neat moment. It’s a moment where Bruce finally learns that he needs his family’s trust to beat Poison Ivy and Mr. Freeze. In a more serious movie, I think this scene would have really had more of an impact on Batman movie history. 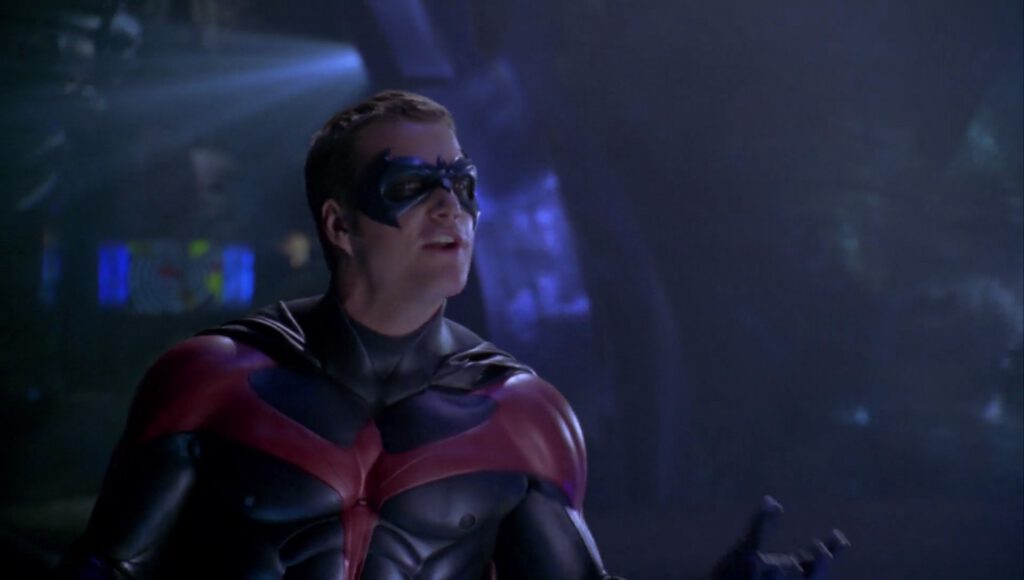 Back in 1997, a live-action Titans series and comics-accurate Nightwing suit were the furthest things from anyone’s mind, so we had to take what we could get. Even though he was still called Robin, and the suit was blue with a red bird and had a cape, he was basically Nightwing (minus the nipples). We’ll never know if Chris O’Donnell was going to do a Robin movie spin-off and become Nightwing officially, but for Nightwing fans, this costume was the best that we had.

#3: Batman Saving the Scientists on the Telescope 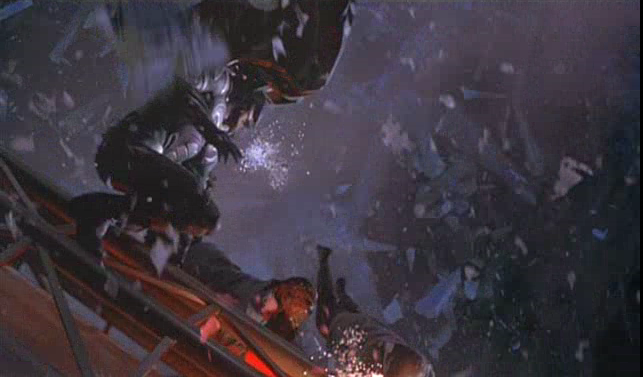 This comes during the big climax in Batman and Robin (1997). The scientists have been kidnapped by Mr. Freeze to help him turn the Gotham Observatory into a big freeze gun. During the fight between Batman and Freeze, the scientists get trapped on the telescope, and after Freeze sets off his bombs, they are falling to their deaths. Batman leaps onto the telescope, and while they are panicking and screaming, Batman calmly fires off some grappling hooks (which there are many in this movie).

It is fantastic to see total chaos going around Batman, but Batman is as cool as a cucumber and just planning out what to do next in his head. It’s George Clooney’s best moment in the Batsuit, in my opinion.

Also, can you tell I’m struggling to get to Five Things? 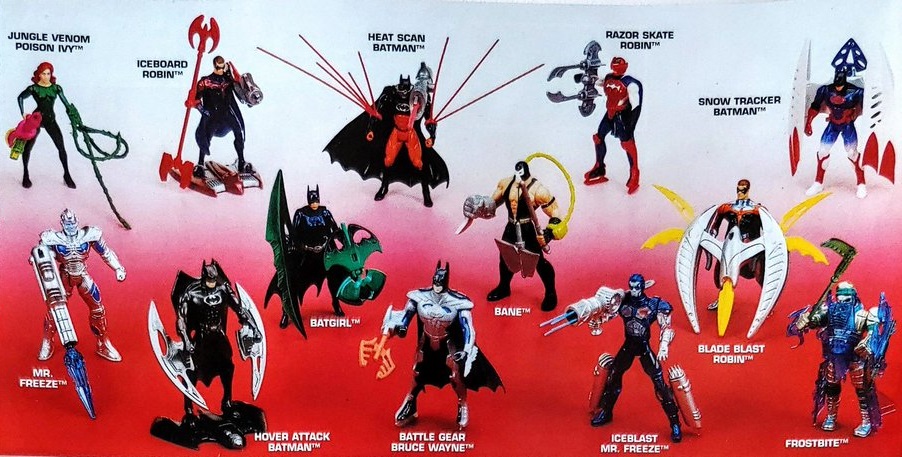 I was ten years old when this movie came out. The toys from this film were everything. The number of action figures that I had from this movie was insane. I’m sure I’m not the only one who looks back at these toys fondly.

The variety of different suits that Batman, Robin, and Batgirl had as toys Kenner released that didn’t make it in the movie and were clearly part of a money grab was insane. But hey, it was my parents’ money Also, as you get older, you find out that the movie was just a giant toy commercial. You did your job well on that front, Joel Schumacher. 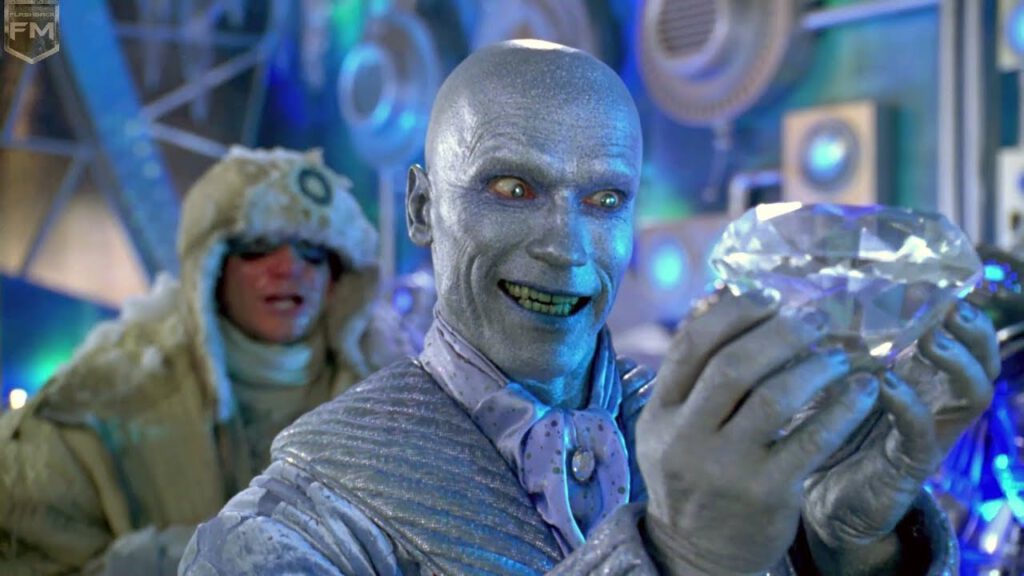 Yes, I struggled to get to Five Things. I know, I know… the ice puns from Arnold Schwarzenegger’s Mr. Freeze are too much, but if you watch this movie as an awful version of Batman ‘66 and see Mr. Freeze as Otto Preminger, it kind of works.

Yes, it was a bit of a struggle to get to five. I’m not defending the movie and saying it shouldn’t get the bad heat that it gets because that heat is deserved. I just wanted to give Batman and Robin a little love for its twenty-fifth anniversary. Look on the bright side, if this movie didn’t bomb, we wouldn’t have been gifted The Dark Knight Trilogy.