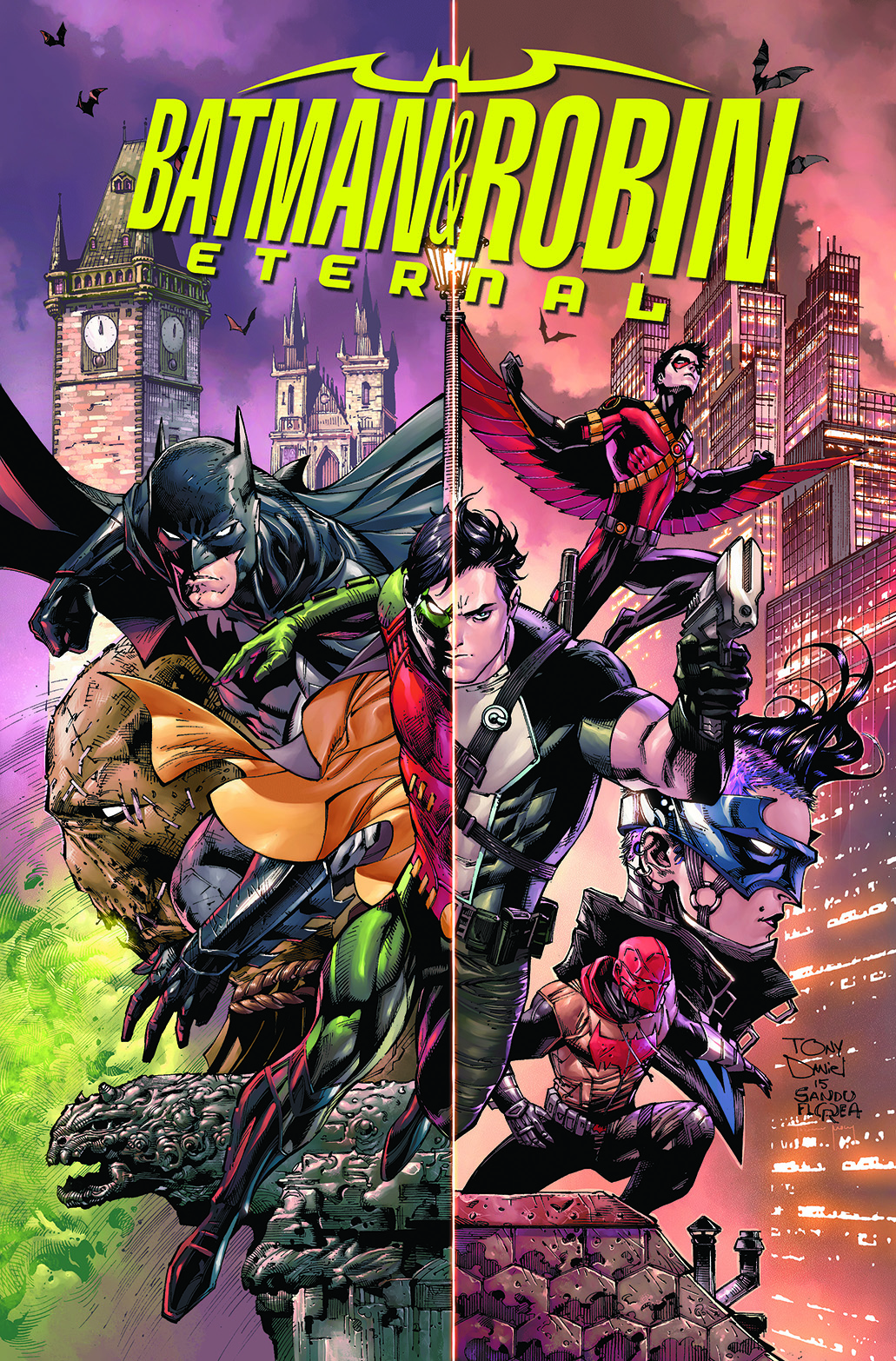 Snyder told press at Comic-Con International in San Diego that it’s a story that “honors the legacy of Robin,” dealing with Dick Grayson’s past and present. Additionally, the story is set to reintroduce former Batgirl Cassandra Cain into the DC Universe.  “This is a character that, for me at least, I have loved for my entire comic reading life,” Tynion told press. “We have the opportunity to bring her back, in a very, very central role.” Tynion said that Cassandra Cain will be on of three main characters in the story, along with Dick Grayson and Harper Row.

Batman and Robin Eternal will run for six months beginning on October 7. The series will run twenty-six issues rather than the previous volume that ran fifty-two issues. Watch for more information when the October solicitations are released in a few weeks.

Additionally, DC announced at the same press event that they would be releasing a crossover event in December 2015 titled “Robin War” which will occur over the five weeks of the month in the pages of Gotham Academy, We Are Robin, Robin: Son of Batman, and two one shot issues by Grayson co-writer Tim King which will start and end the event.  King made it clear that he’s not shying away from the “crossover” label when talking about “Robin War.” “This is an event,” King said. “This is a crossover. I grew up on ‘Inferno’ I grew up on ‘X-Tinction Agenda.’ I loved those comics. I want to do that.”