Batman and the Outsiders Officially Announced for December 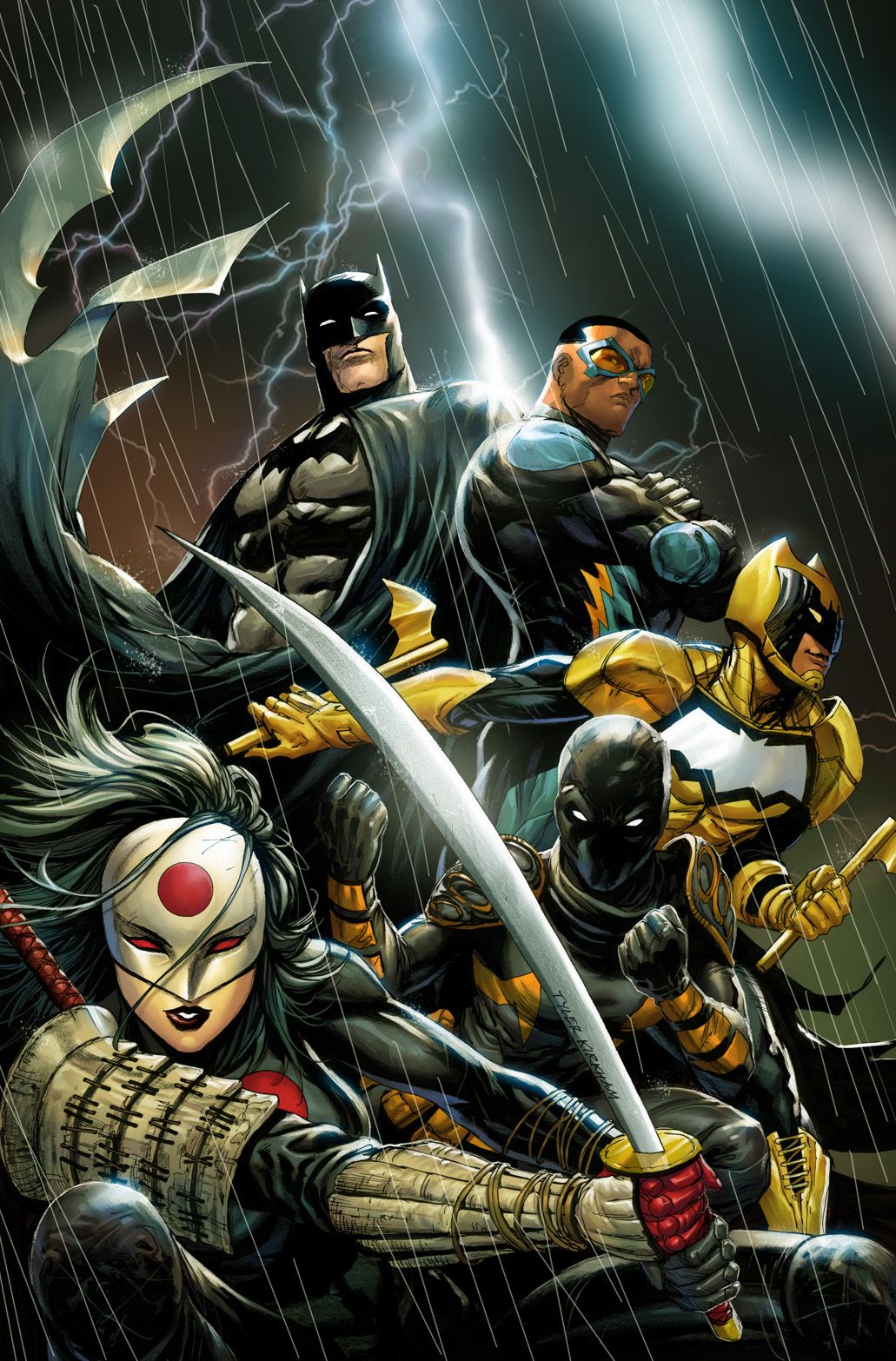 Writer Bryan Edward Hill is wrapping up his time on Detective Comics with issue #987 this week. And if you read the issue you know that it ends with a hint that an Outsiders team has formed and there was a promise of the stories continuing very soon. Now, thanks to an interview with The Washington Post, we know what his next project will be.

Hill will be taking the characters he’s been using in Detective Comics and forming a new team with Batman and the Outsiders. “All I’ll say is, it is a team book with Batman in it, but the safety is off,” Hill said. “Hopefully it will be surprising and thrilling in ways that I don’t think people will quite expect. I’m becoming known a bit for a certain kind of intensity in my work, and I think this ‘Outsiders’ project will also continue on in that pathway.”

We can tell from the artwork for the cover of the first issue that the team will consist of the same members shown in Detective Comics without Barbara. You can expect to see the team to also include Black Lightning, Katana, Orphan, and Signal with Batman handing out missions. Dexter Soy will handle art duties on the book which, according to editor Chris Conroy, is set to be released in December of this year. No plot details have been revealed but we’ll learn more once the solicitations for December are released next month.

Check out the cover of the first issue by Tyler Kirkham. Are you excited for a new Outsiders team? Let us know in the comments!