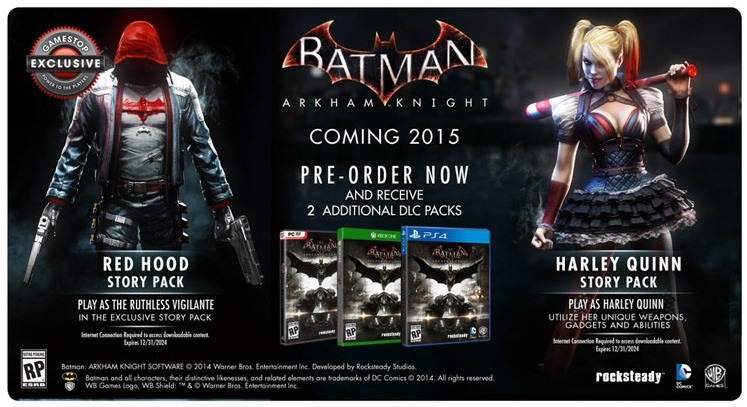 Gamestop has released an image showcasing that Red Hood will be plable in Batman: Arkham Knight. It is assumed from the information in the image that this will be similar to the Black Mask playable character in Batman: Arkham Origins in an exclusive Story Pack and not the game itself. The DLC pack will be exclusive to GameStop. With Red Hood in the game, we can now put the rumors to rest about Arkham Knight being Red Hood/Jason Todd.