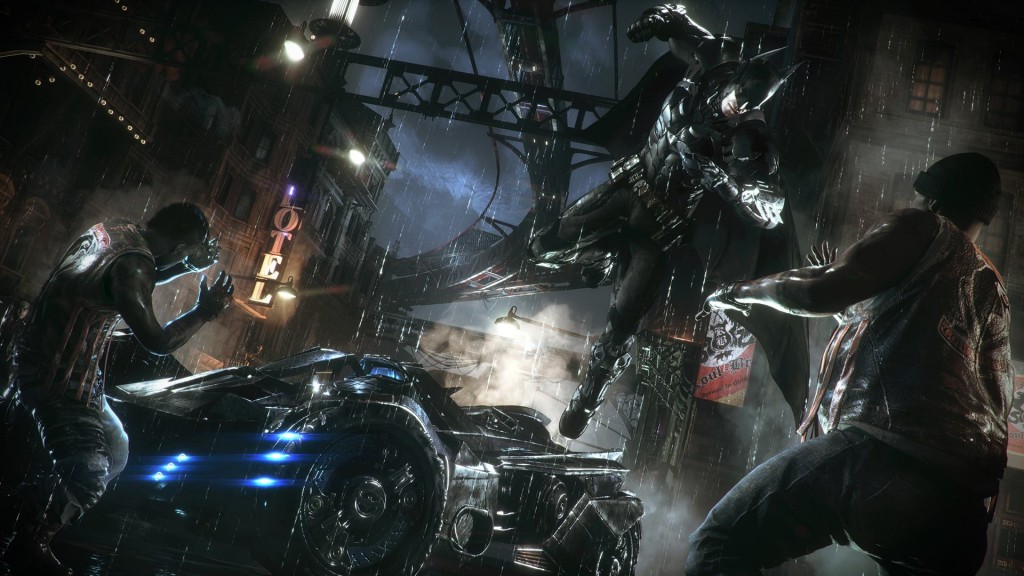 Rocksteady Studios has revealed some details about the upcoming Batman Arkham Knight via a Reddit AMA. Gaz Deaves, Rocksteady Studios’ marketing manager fielded questions and we ended up with a few juicy tidbits about the new game. Here are some highlights.

When asked about the evolution of Harley Quinn from game to game:

…she’s been on an amazing journey since Arkham Asylum! In the first game she was a crazy nurse, in our second Batman game the art team gave her a tough, biker chick look to reflect the life she was living in Arkham City, then in “Harley Quinn’s Revenge” she had that Gothic mourning lolita thing going on. Now in Arkham Knight, we find her leading her own gang and pursuing her own objectives, and her choice of costume reflects how the events of the previous games have shaped her as a character. I think it’s important from a narrative standpoint to show how the characters are evolving and changing as a result of the choices they make, and the way they look is a great insight into their emotional state.

When asked about Riddler’s role in Arkham Knight:

Riddler has an awesome storyline this time around. His desire to defeat Batman on an intellectual playing field means their conflicts are ALWAYS personal, and the dialogue team have been having a great time writing for him. Don’t want to spoil too much about his role!

Deaves discussing the size of the Arkham Knight map:

When we switched across to developing for new-gen platforms, it was essential that we build our city with all that extra power in mind. We wanted our version of Gotham to be bigger, more detailed and more awesome than anything that had been done before. A lot of the design of the city was influenced by how we wanted gameplay to feel. For example, we tested the Batmobile on Arkham City maps early in development, and realised that we needed an environment with slightly wider roads and a little more space to create the feeling of freedom that we wanted from the driving.

Deaves also revealed that the map to Batman Arkham Knight will be roughly five times the size of the map in Batman Arkham City, and Rocksteady really focused on creating a much more vertical city this time around.

Batman Arkham Knight will be released June 2 on Xbox One, PS4, and PC.