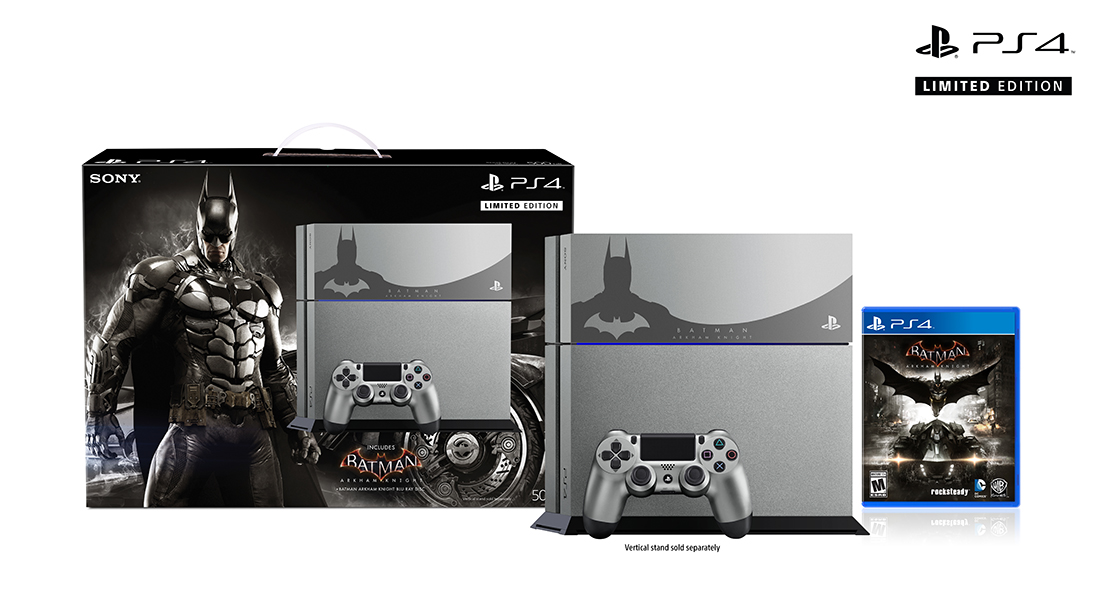 Both versions of the bundle will include bonus content including in-game missions and custom skins for Batman and the batmobile. The limited edition version will retail for $449.99 while the standard edition will retail for $399.99. Both will be available the same day the game launches, June 23. Pre-orders for the bundles are available today along with the digital version of the game also being available for pre-order. Sony also promises that they have more exclusive content that is yet to be announced. So who is picking up a new PS4?