Arkham Knight to Get Serious Edition 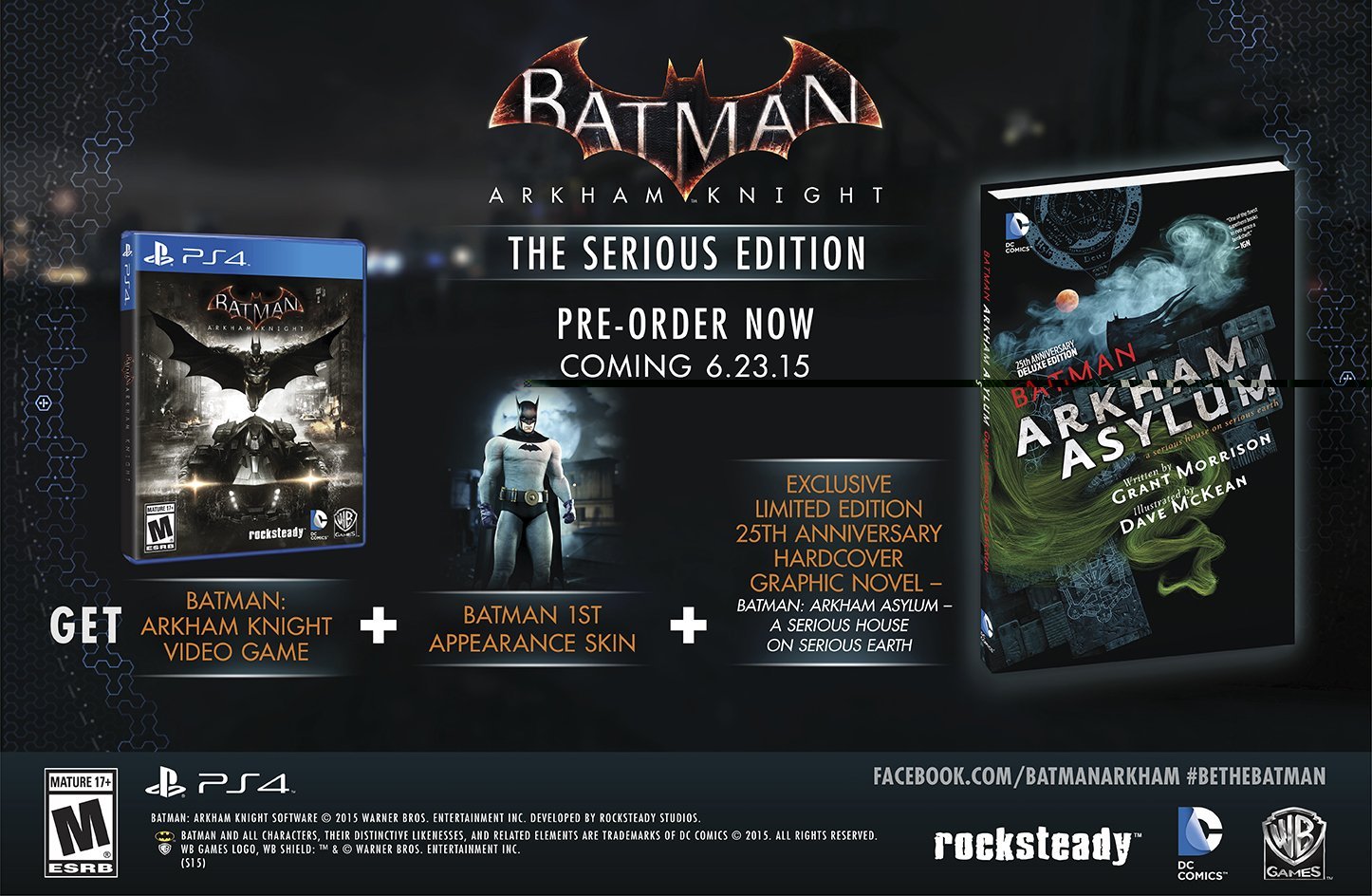 If you thought WB Games and Rocksteady were done with the announcements of versions of the game coming out, you were wrong.

Previously the normal game was announced and two special editions at different price points. Both the Limited Edition and Batmobile Edition were announced back in September. The new version will be exclusive to Amazon only and will be available for $69.99 for PS4 and Xbox One. No word on a release for the PC version.