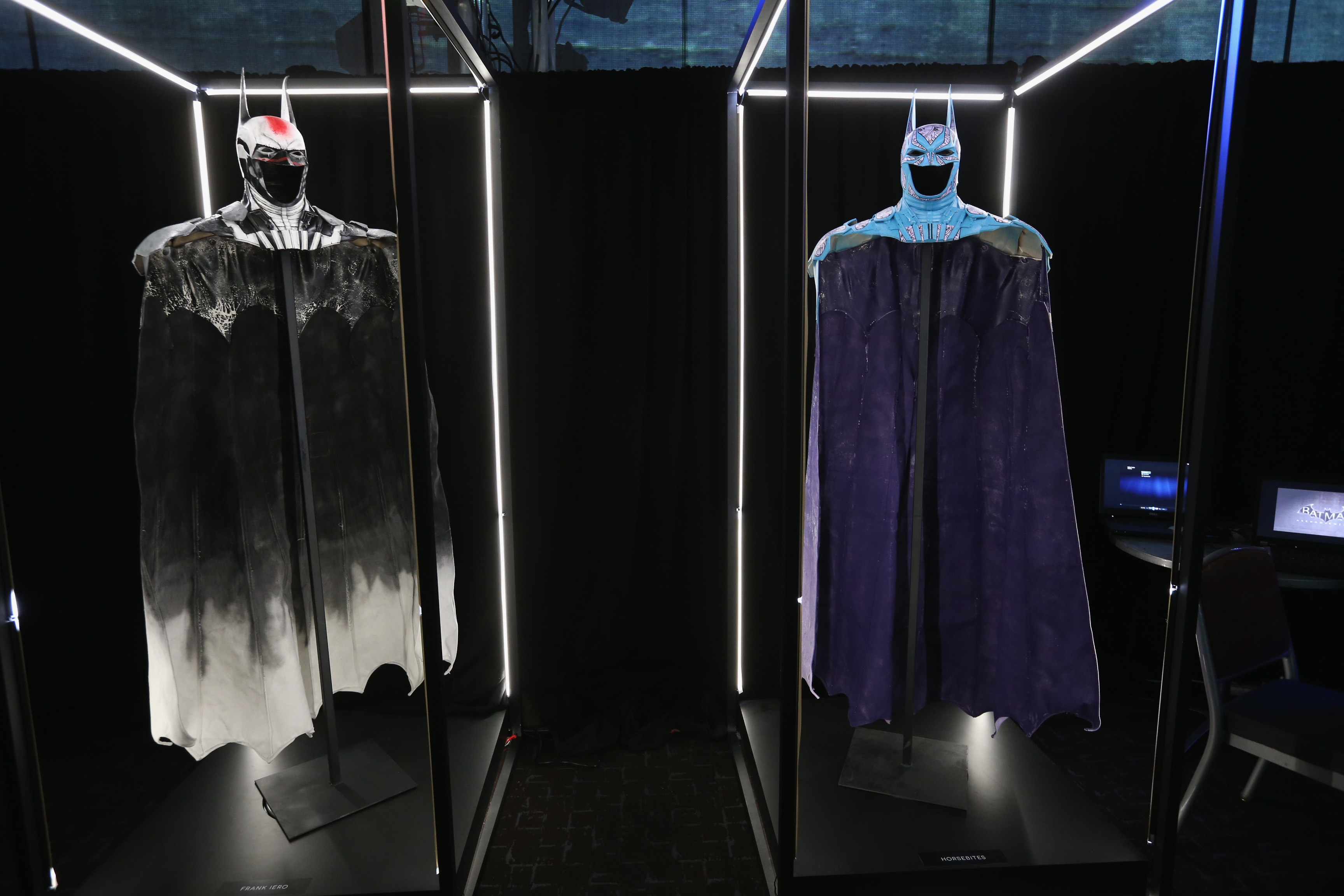 Warner Bros. has announced that the Cape and Cowl exhibit that was featured last year to celebrate the 75th anniversary of Batman will be making a return this time to celebrate the release of Batman: Arkham Knight. The exhibit will feature a whole new set of artists and will be running in London through the release of the game. No word on where exactly it will be on exhibit, but fans in London can check out a few of the pieces this weekend at MCM London Comic-Con.

Using life-sized replicas of Batman’s famous costume as a blank canvas, each artist and celebrity will produce their own unique interpretation of the Dark Knight’s attire. Featuring celebrities from the worlds of TV, film, music and fashion, such as Jonathan Ross,  Jodie Kidd and Noel Clarke and high profile artists such as Nancy Fouts, Lauren Baker, Hayden Kays, Inkie, Pam Glew, INSA, The Connor Brothers, Zeus, Matt Small, Jon Burgerman, Case, CRASH, Lucas Price, Kid Acne, Logan Hicks and Pure Evil, the exhibition will run through launch week in an immersive Gotham City-inspired location in Central London. Details of how to secure tickets to this event will be confirmed in due course.

In addition it may be likely that the exhibit makes its way across the pond in time for Comic Con International which is a couple of weeks after the release of the game.