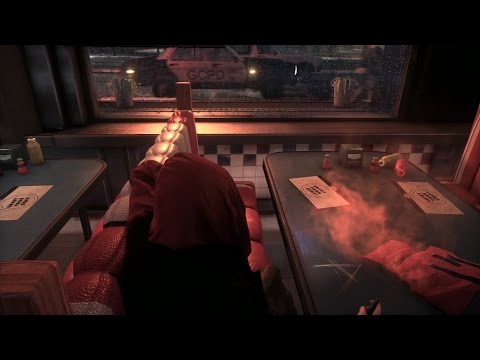 So Arkham Knight is just over a week away and E3 just happens to be this week. Even though the majority of the promotional footage has been shown for the game already, that doesn’t mean Rocksteady doesn’t have some tricks up there sleeves.

Today, during the Sony conference, new footage has been released featuring what appears to be the opening of the game. We will give you a heads up though that there may be some minor spoilers shown even though the game is only a week away.

Now if you are still around, the main spoiler that people have been referring to is that line that is uttered by Jim Gordon. “This is how it happened. This is how the Batman died.” While some may believe it is a spoiler, the same line was used in a new TV spot that released over the weekend.