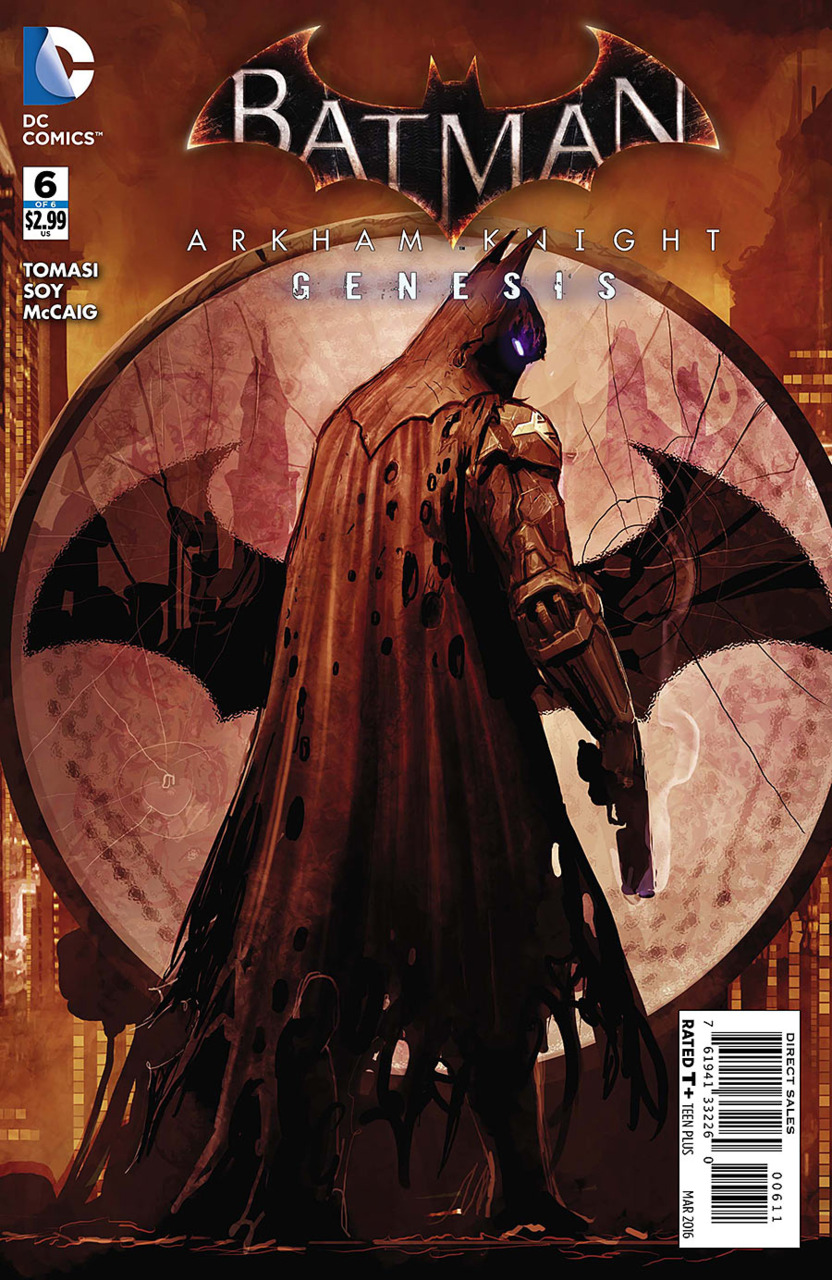 With the Batmobile seen speeding along a road to Gotham City, the Arkham Knight is shown entering the Batcave following Bruce’s departure. Making his way past Batman’s various security measures, the Knight enters the cave proper and stops to look at the Robin costume hung in his honor.

Looking at the costume causes Jason to flashback to the events of Arkham City where Jason is seen watching Batman battle against the Clayface-Joker in the Sionis Steel Mill. However, Todd is confronted by the real Joker who is dying from his Titan overdose. Pointing a gun at the Clown Prince, Joker reveals that he masterminded Jason’s “escape” during the events at Arkham Asylum several months previously. Stating that he had hired Deathstroke to allow Jason to escape, Jason sees his world crashing around him as he realizes that, yet again, the clown has been manipulating his life. Launching himself at his tormentor, Jason begins beating Joker until the villain gets the upper hand.

Stating that Jason is his secret “Plan J,” Joker reveals that his manipulations will cause Jason to turn against his former mentor – Batman. Robin died during his captivity in the Asylum and the Knight rose from his ashes…prepared to bring vengeance and death to the Dark Knight. Walking away from Jason, Joker tells Todd to reclaim the mantle that Batman would never give him, “become a dark knight more than Batman could ever imagine.”

Back in the present, Jason moves to shatter the glass of the Robin display but stops short. Returning to the point of his visit, the Knight accesses the batcomputer and places several sub-trackers in order to monitor Batman’s movements. Leaving the cave, the Knight is seen racing back to Gotham on a motorcycle as he speaks to Deathstroke. Slade informs him that the militia’s training is continuing. Reaching the top of building, the Knight looks down upon Gotham and thinks of how Batman will soon come to realize why the Arkham Knight was born – that he is more insane than the villains he fights, and ultimately he will fall.

With “Arkham Knight: Genesis” coming to a close, we finally wrap-up the events leading up to the video game. Tying into the events of “Arkham City,” we see that Jason was present in the Steel Mill during Batman’s battle against the fake Joker and his goons.

Mainly this issue re-iterates the fact that Joker has been manipulating Jason since he was captured. It also explains Deathstroke’s convenient arrival during the “Arkham Asylum” events and the subsequent rescue of Jason. Sadly, this was a little predictable and a little redundant at telling.

Overall I didn’t think this issue was really useful at expanding the back-story of the Arkham Knight…Joker reveals that he was the one who gave inspiration to Todd using the “Knight” moniker, but there was a whole issue where Harley Quinn was the inspiration. So, what’s the real answer Tomasi – Joker or Harley?

Unfortunately I felt that this issue was a real let down as the final one for this mini-series…I had hoped that we would get some more training details are something of the like in dealing with the Arkham Knight’s history. But it seemed like we kept re-hashing the origins of his name and tying him into the events of the previous video games.

I think that this series started off really well by giving us some history on Jason Todd in this universe, but I feel that the last two have a bit of a letdown which has left a sour taste in my mouth. I still love this universe but I wish that we were able to delve a little deeper into the Arkham Knight as a character instead of trying to wedge him into the events of the other games.