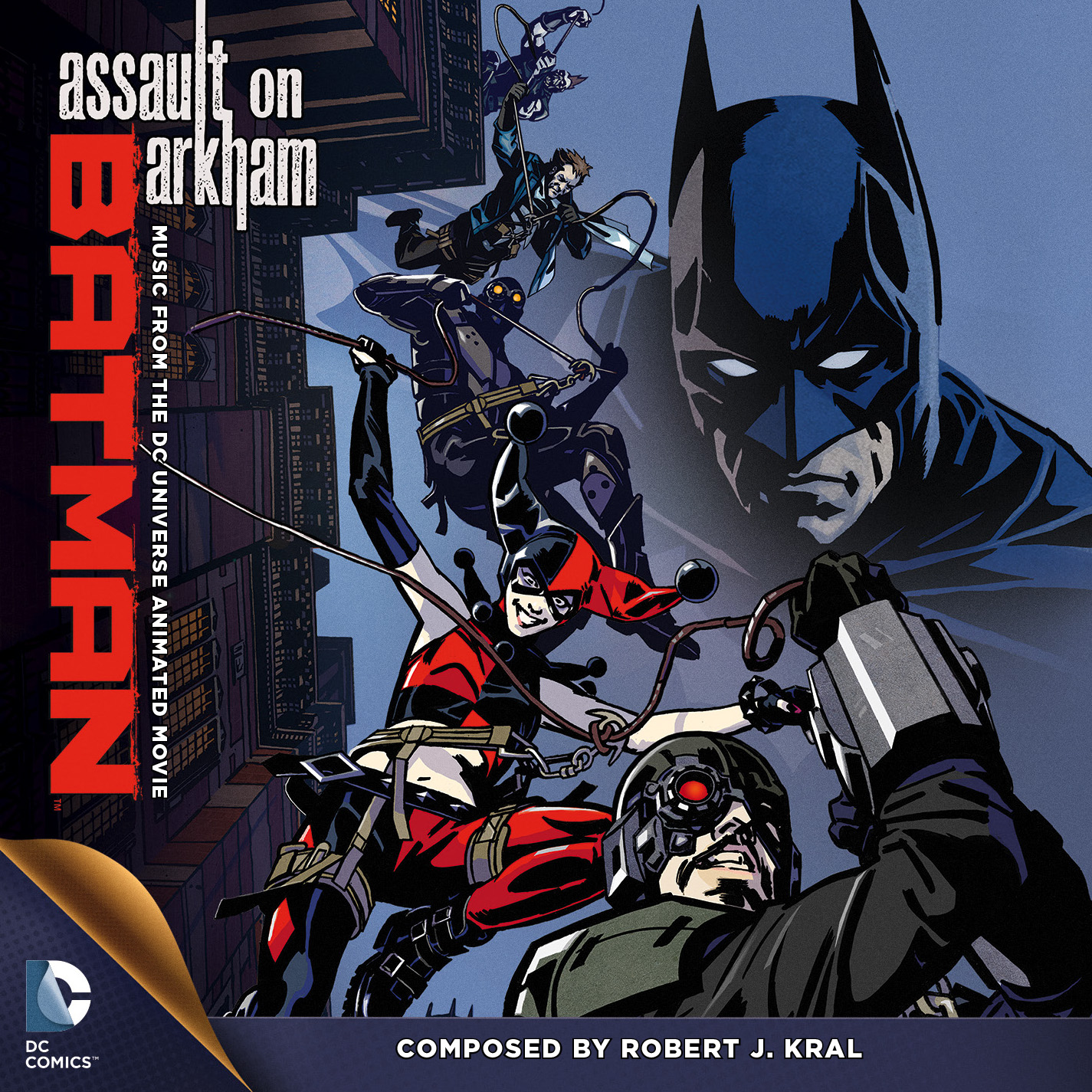 La-La Land Records have released the score to Batman: Assault on Arkham today. The soundtrack is available in limited edition format at only 1500 units being produced. In addition to the release, as with many of the soundtracks from La-La Land Records, if you order now, you may receive an copy autographed by Robert J. Kral, the composer for the film. Here is the official description:

La-La Land Records, Warner Bros. Animation and DC Comics present the original motion picture score to the DC Universe Animated Movie, BATMAN: ASSUALT ON ARKHAM, directed by Jay Oliva and Ethan Spaulding. Acclaimed composer Robert J. Kral (GREEN LANTERN: FIRST FLIGHT, THE HAUNTING IN CONNECTICUT, DUCK DODGERS, ANGEL) returns again to the DC Universe with a dynamite action/thriller score that is the perfect compliment to this action-packed tale, based on the hit video game series, in which Batman infiltrates The Suicide Squad, who have been tasked with killing The Riddler. Scored like a contemporary, urban crime thriller by way of the Batman universe, this is a great listen! Produced by Robert J. Kral and MV Gerhard and mastered by James Nelson, this is a special limited edition of 1500 Units features four exclusive tracks not available on the digital download version and liner notes from co-director Jay Oliva. Bat-riffic art design is courtesy of Dan Goldwasser.

Also, La-La Land Records is holding a sale in celebration of the release on other DC projects soundtracks. Here are the details on the sale:

To celebrate our release of BATAMAN: ASSAULT ON ARKHAM, we’re offering JUSTICE LEAGUE: THE FLASHPOINT PARADOX and SON OF BATMAN for only $14.98 each, WONDER WOMAN for only $4.98 each (less than 50 remain), and BATMAN: GOTHAM KNIGHT and  DC SHOWCASE for only $2.98 each. Sale prices good thru 9/8.

So head over to La La Land Records for the latest release and save on some past releases.