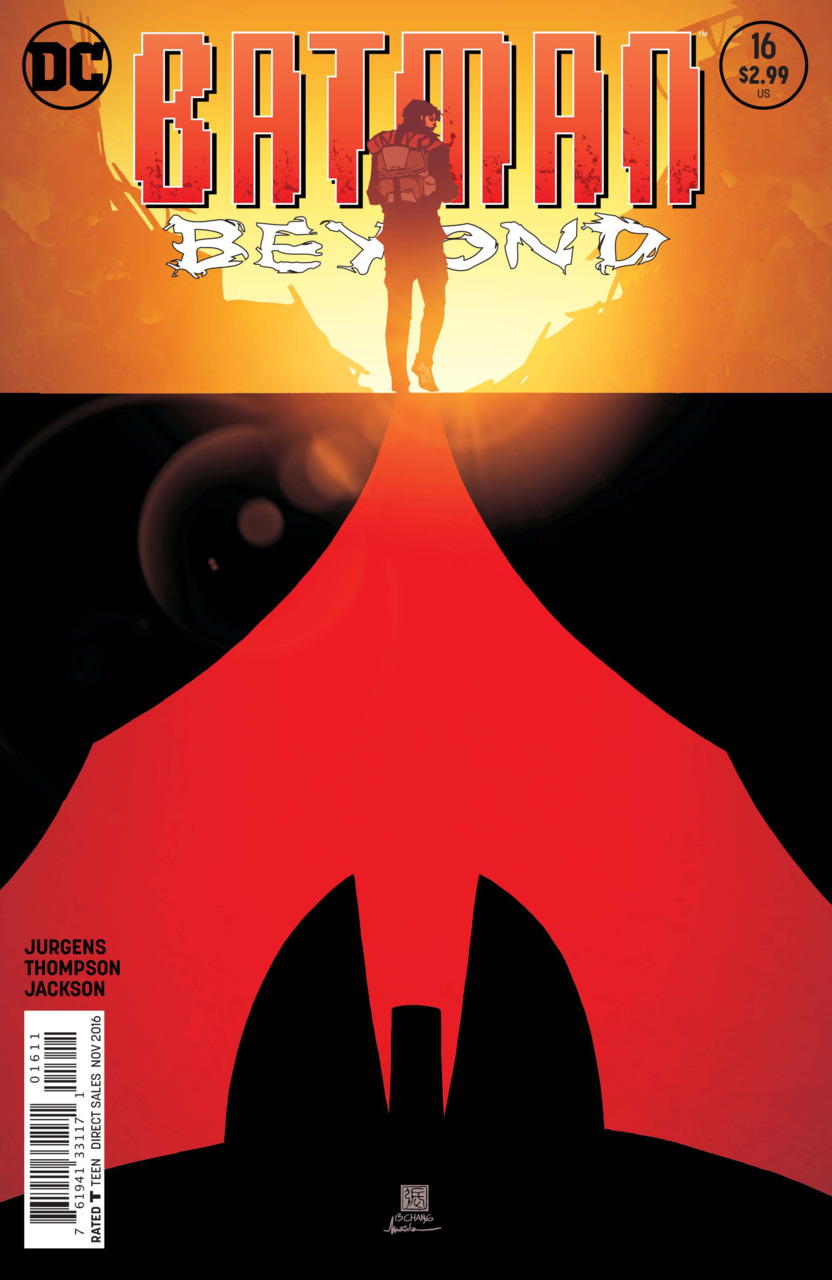 “Wired For Death Epilogue” opens with Terry holding a an unconscious Tim Drake by the neck. Terry tells “Mrs. Shelby” that Tim can no longer cause any harm and he will not kill him. Spellbinder concentrates his power on Terry to get him to kill Tim Drake. Terry refuses.

In the Batmobile, Matt races to the prison where the battle took place. He asks the autopilot, ALFRED what it knows about Spellbinder, mainly that his real name is Ira Billings and he is able to use mind warping technology.

Spellbinder continues to try to manipulate Terry to kill Batman. Terry is starting to succumb to Spellbinder when the Batmobile crashes in scattering Barbara, Terry and Spellbinder. The ship lands and Matt sees Terry. He calls out to him but Terry does not recognize him. Spellbinder sends Barbara after Matt calling him a bat demon. She reaches for Matt and he eludes her right into the clutches of Terry who also sees Matt as a bat demon. While this is going on Tim regains consciousness and attacks Spellbinder from behind. Barbara sees Tim attacking Mrs. Shelby and she rushes to stop him. Tim knocks her out. Tim starts to attack Spellbinder, destroying his mind control orb.

Terry meanwhile starts to hear Matt call him Terry. He begins to recognize his brother but still sees Tim fighting Mrs Shelby until Matt says that Spellbinder is manipulating him and then he sees Mrs. Shelby as Spellbinder. Terry fully recognizes Matt as Tim hits the knockout blow on Spellbinder. Barbara wakes up with a massive headache but she too sees Terry for who he is. Terry is confused at Tim Drake. He thinks that Tim should be older and why is he wearing the Bat Suit. Tim suggests that they finish the conversation in the Batcave.

In the cave, Tim tells Terry that in his timeline he dies but since that timeline had been eliminated, Terry never went into the past and therefore he is still alive. Unfortunately there is nothing for Tim to go back to. Matt realizes that Tim is truly isolated. Tim agrees that this world is not his own including the fact that Bruce never invited him to be a Robin, he forced his way in. Tim still has not aspirations for being Batman. Tim gives the suit back to Terry and decides to leave. Matt tells him that he could still be Red Robin, but Tim has made up his mind. He gets on his motorcycle and heads out to see this new world he finds himself in. Matt apologizes to Tim for his resentment and Tim tells him that he always knew it was because Matt missed his brother and heads out saying that he will never be a stranger.

Terry puts on the Batsuit and takes off from the manor. Meanwhile in an epilogue, we catch up with Tim Drake. He is on the road when he sees a light that pulls him into it causing Tim Drake to vanish. Next Batman Beyond Rebirth.

This is the last arc of the current Batman Beyond series. After quickly wrapping up the Spellbinder plot the issue becomes an expository discussion that sets Terry back up as Batman and leads to the disappearance of Tim Drake once again.

I am not happy with how they threw the Tim Drake character away again. I hope that we will see him in the new Rebirth title but I just do not know.

With that said, this was a good wrap up. We get the return of Terry McGinnis, the reunion of him with Matt. We also get a resolution to Matt’s resentment to Tim that permeated this run. I do want to see where the new series will lead, but I already miss Tim Drake.