Jurgens on Tim Drake’s Role as Batman Beyond 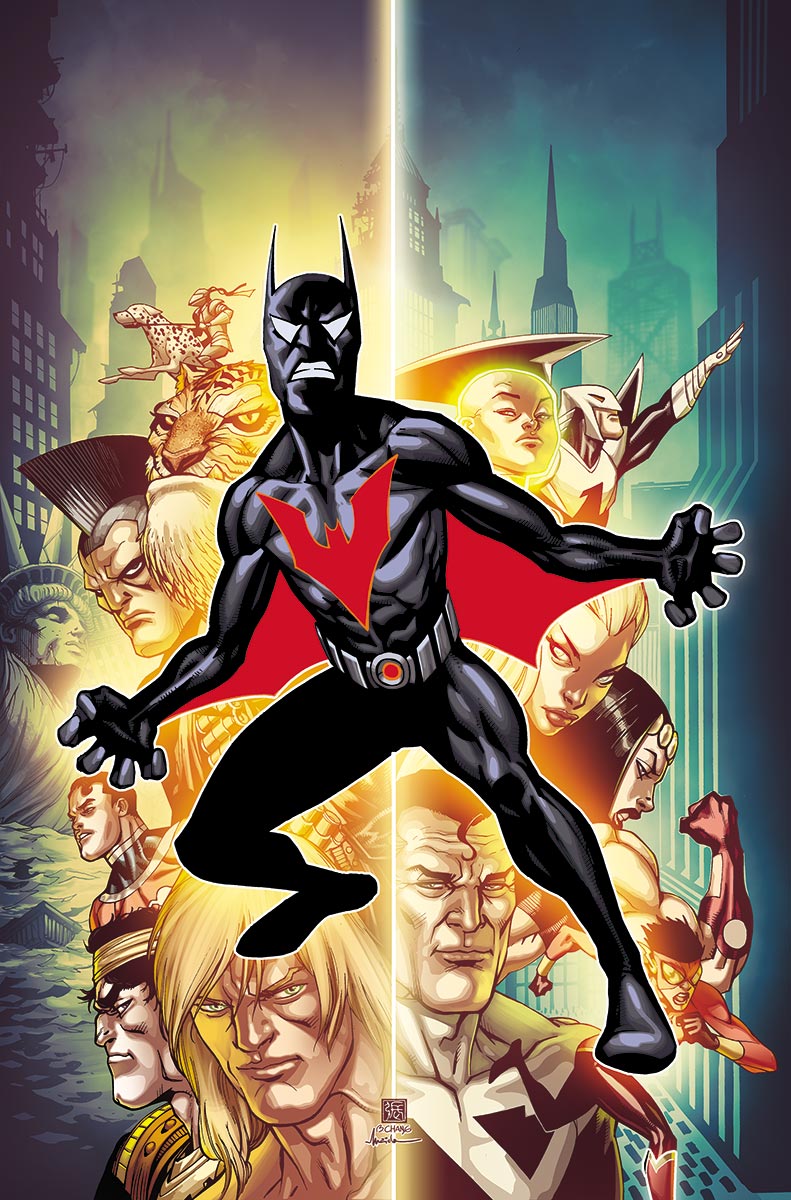 Readers of The New 52: Futures End and followers of TBU already know that the weekly title (now ended) was a major change to the status quo of the Batman Beyond universe.  The Batman Beyond character was first introduced in an animated TV series (and Jurgens said readers will see some characters and concepts familiar to fans of the show). In 2014, the character was introduced to the New 52 comics universe in the weekly series The New 52: Futures End. The series, which just finished in April, ended with the former Batman Beyond, Terry McGinnis, being killed. But Tim Drake, who was once Robin, put on the Batman Beyond suit to try to save the world in Terry’s place.

Tim eventually ended up being thrust into the future while wearing the suit, and that’s where the new Batman Beyond series will take place, starring Tim as a future version of Batman. But according to an interview that writer Dan Jurgens gave to Newsarama, Batman Beyond #1 will kick off with a new story that doesn’t require knowing anything from the weekly Futures End or any earlier Batman Beyond stories.  Jurgens also teased an upcoming event that would clarify what DC means when we’re told that Batman Beyond is now the “definitive future of the DCU” as well as hinting at the existence of a multiverse-aspect of Batman Beyond which would still allow for new Terry McGinnis stories to be told.

Read excerpts from the interview below and stay connected to TBU for the latest news for the upcoming Batman Beyond title and all things related to the Dark Knight.

Newsarama: Now that we know the identity of the character who’ll be starring in June’s Batman Beyond title, can you describe the genesis of this idea, and why theThe New 52: Futures End version of Tim made sense in the Beyond suit?

Dan Jurgens: Just to hit on Futures End a bit first… Some stories are all about the destination, which means they’re usually tailored to a particular, climatic ending. Futures End was more about the journey of the characters, rather than the destination. It was built on a very wide variety of individuals and circumstances by which their personal stories would intersect. We brought a lot of new characters on stage, reintroduced old ones and refashioned others. A lot of this centered on Tim Drake, who once held a more prominent position in the DCU. When we decided to weave the Batman Beyond future into the DCU’s, we realized we’d need key elements and characters of both universes. That’s what compelled us to have Tim Drake become the future Batman. Tim is an extremely strong character in his own right, and he’ll find himself thrown into the world some 35 years from now. This future will be a combination of things taken from the Batman Beyond tapestry as well as fairly established elements of DC’s long-established future.

Nrama: You briefly introduced the premise of the new comic at the end of Futures End, but can readers jump on board with Batman Beyond #1 in June without having read the weekly?

Jurgens: Absolutely. In addition to that, we’ll have an eight-page short story that will be seen in one of May’s Convergence titles that will also introduce the basic setup to readers.

Nrama: OK, so can you describe the basic set-up of the comic a little?

Jurgens: Tim Drake, now wearing the Batman Beyond costume, finds himself thrown into a future that exists several decades from now. Gotham City is now known as Neo-Gotham. While some of the world has been ravaged by the destructive effects of Brother Eye, the technological achievements of the Wayne-Powers Corporation have safeguarded Gotham and kept it intact.

Nrama: Is Brother Eye the only challenge they’re facing in the comic? Or is there more to this future world?

Jurgens: Brother Eye is far from the only challenge. Just as we see the world around us becoming more frayed, the world of the future will be even more fractured. Very different societies and countries will have emerged. It’s a more disparate world, as would happen if greed, corruption and apathy really took over, combined with the effects of climate change and global conflict.

Nrama: You told Newsarama that this was the “definitive” future of the DCU. Does that mean it will tie into current events at all?

Jurgens: We have a very particular notion of a key point in DC’s present that will tie into the Batman Beyond series. When readers see it, I think their reaction will be, “Hell, yeah!” Or something close to that.

Nrama: What can you tell us about Tim’s supporting cast? In the Futures End finale, it appeared that this group is being led by Ray Palmer, right? But who are the other characters?

Jurgens: Tim’s supporting cast will actually focus first on introducing familiar names from the Batman Beyond universe. This is the nexus of both universes and both deserve equal attention.

Nrama: And just to be clear, there’s still a world in the Multiverse where Terry is Batman Beyond, right? Because we had a few fans freak out when they thought Terry stories could never be told again…

Jurgens: The potential and possibilities of the Multiverse will become more clear over the next couple of months. Stay tuned.

The first issue of Batman Beyond hits stores this June.