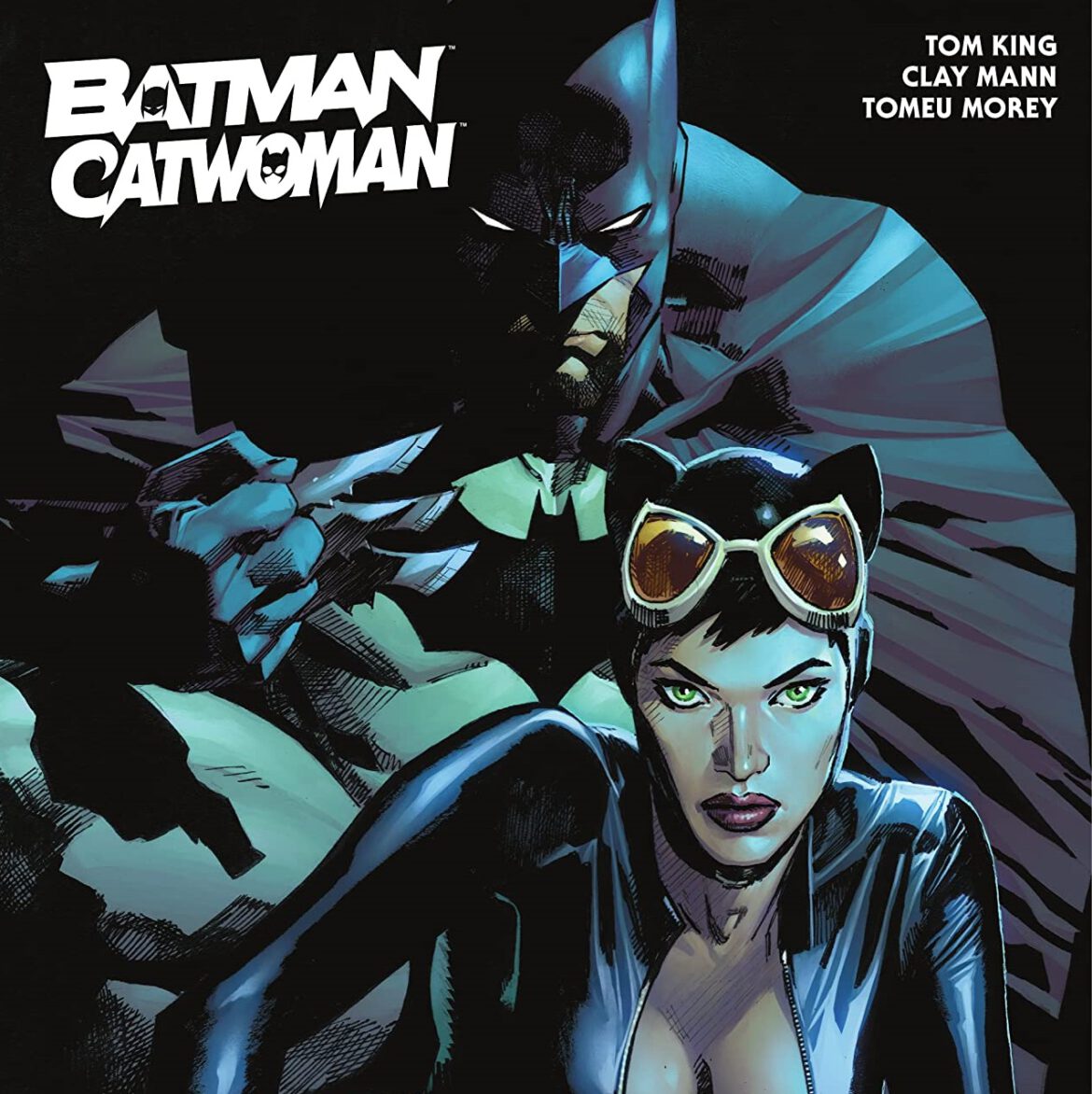 Overview: In Batman/Catwoman #10, Catwoman reveals her fallout with the Joker, as well as her motivation for committing murder in the first issue of this series.

Synopsis (spoilers ahead): Batman/Catwoman #10 begins in the past, Catwoman confronts Joker in a toy store. She’s finally pieced it together, and she’s calling Joker out. Catwoman never knew Joker until she knew Batman, and it’s not friendship Joker wants from her — he wants her to dish on who Batman is. That’s all this has been about. When Catwoman calls out Joker, he diverts yet again, launching into the comedian persona and telling another joke.

In the future, Selina is confronted by Batwoman, her daughter. Batwoman tries to corral Selina for killing the Joker, but Selina throws her to the ground. This echoes into the past, where Catwoman tosses Joker into a pile of presents. Joker leaps at her, and the two crash through a store window. In the present, Catwoman throws Joker through a window, and in the future, Batwoman crashes to the ground while Selina proclaims, “You don’t know a damn thing about me!”

In both the past and the present, Joker taunts Selina about her inability to kill him. In the present, Selina admits that maybe Joker is right, maybe she’s a good girl deep down and Batman has scrubbed all the bad parts clean. She pounces on him anyway, her claws ready to strike.

In the future, Selina tells her daughter that Helena treats her like a criminal. When Helena tries to make a quippy remark, Selina shuts her down, reminding Helena of her privilege.

In the past, Selina knocks Joker’s lights out. In the present, Joker reminds her that they’ve been here before and that he’s awaiting his death. She picks up a candy cane and contemplates beating his brains in.

In the future, Helena physically strikes back at her mother. Before Selina continues the fight, she tells her daughter that Bruce Wayne was a sad man and she never told him the truth because she wanted him to be happy. Selina then tells her that Joker was all just an act. He wasn’t insane. He was just a sad man looking for applause, and he chose the side of the homicidal killer to get the attention he so desperately craved.

In the past, Selina tells Joker the same thing she tells Helena in the future, that he isn’t like the other villains. He’s not insane, nor is he ruled by deep pain, like she is. In the present, Catwoman is about to kill Joker when Batman interrupts her.

Helena pushes back at Selina in the future, asking what this information changes. Selina tells her that Bruce asked her only one thing, and she obliged. It’s a debt that he owes her, and it’s why she took the Joker’s life.

“The two of you. It’s the same thing. Asking me the same question. You have a life, Selina, why won’t you give it to me?” Selina says to Joker in the past, which resonates with what she tells her own daughter in the future.

Analysis: Artist Clay Mann returns to the series with Batman/Catwoman #10, and his return is nothing short of absolutely beautiful, moving, and awe-inspiring. The way that Mann juggles the three different time periods is admirable, flowing fluidly from one moment to another with a crash through a window, a repeat of dialogue, or framing of familiar characters in similar situations once again. It’s incredible, and it makes this issue one of this series’ best thus far.

With Mann and writer Tom King working together again, the poetic resonance that these two have created together since working on the main Batman title is back, and it is truly a one-of-a-kind experience for readers to meditate on. It’s emotional and moody, and it transcends the genre in a way that feels literary with a capital “L.”

King similarly brings the theme back into focus that has been touched upon throughout Batman/Catwoman. Her break with Joker is fully revealed in her realization that he was just using her, coaxing her, because he wants to get at Batman. Like Batman, Joker is just a sad, sane man who chooses to act crazy and unhinged. But he’s not. Joker just wants attention, and his friendship with Catwoman is merely a means to further get that attention. This is consistent with the characterization Tom King and Clay Mann gave Joker in Batman #48 and Batman #49.

This series has grappled with Selina’s identity first and foremost, and in Batman/Catwoman #10, readers are reminded that she’s firmly in the middle of a tug-of-war between Joker and Batman as well as Batman and her own daughter. Selina’s life was one born of struggling and fighting to survive, whereas Bruce and Helena’s lives were born of privilege. Because of this, they can’t fully know her and understand where she’s been. She can’t live in a black and white world like Batman and Batwoman, and it frustrates her that both her husband and her child would dare to act like they do understand that part of her.

Despite Selina’s apparent sailor mouth, King is getting at a deeper issue that people struggle with every day. As people living in the world, there are many of us who subject others to our own moral codes, and it’s easier to enforce morals when you’ve been in fewer situations that have challenged those morals because you needed to survive. In this way, Batman/Catwoman is transcendent, and it should be applauded for trying to approach complicated issues and tell them in a way that resonates on a deeper level.

Batman/Catwoman #10 zeroes in on its focus on Catwoman and her struggle with identity, and in doing so, reminds us of why this series is exceptional.