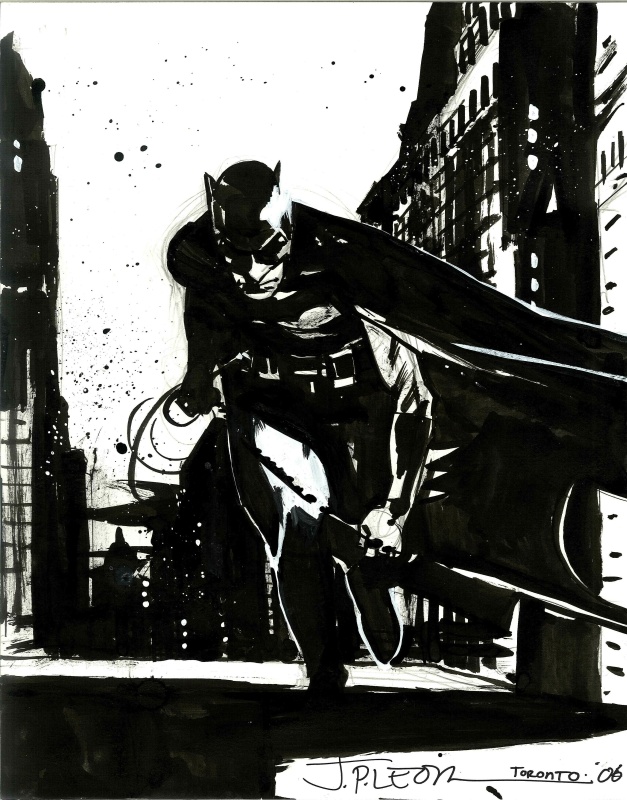 It was just last November that news was announced that Kurt Busiek was working on a sort of sequel to Superman: Secret Identity in the form of a mini-series focusing on Batman. The artist attached to the series is John Paul Leon, who talked with Newsarama about the progress of his work on the series.

Newsarama: Newsarama talked with Kurt Busiek back in November 2010 about Batman: Creature of the Night, and at that point you were working on the first issue. Can you tell us how the book’s coming along?

John Paul Leon: I’m going way too slow on this thing! I think it’s some of my best work ever and I’m very proud of how it looks so far, but between the book not being on schedule and doing other, smaller jobs in the interim, I’ve just taken much longer than I have any right to. To answer your question, the first issue is done and I just heard from DC editor Joey Cavalieri this past week that the second issue script is in. So I’ll be starting that as soon as I get back from NYCC this weekend.

Newsarama: What was it that appealed to you about this project and this particular take on Batman?

I enjoy the tension between reality and fantasy. As far back as Challengers of the Unknown and Earth X, I’ve always been interested in the idea of portraying this incredible material realistically. But that is a trap all its own. Things can get boring or ridiculous, and we are dealing with drawn, static images here after all. So I always try to find the right balance between authenticity and artificiality.

Newsarama: [Superman: Secret Identity] was about secret identities and living up to your name, but with this title, “Creature of the Night,” it seems this is about something else. How would you describe the book?

John Paul Leon: Batman: Creature of the Night is almost the inverse of Superman: Secret Identity. Where as the Clark Kent character in Secret Identity begins with a negative attitude toward all things Superman, in Creature Of The Night, we have Bruce Wainwright, a kid who adores Batman and who’s obsession with Batman leads him to some very dark places which he must ultimately confront. It is about loss and confronting your inner demons in the face of that loss.

Newsarama: Your main character Bruce Wainwright isn’t Bruce Wayne, but in the book he does become Batman. What’s the character like, and how do you go to differentiate and align him with the mainstream view of Bruce Wayne?

John Paul Leon: Bruce Wainwright goes through the tragic loss of his parents similar to Bruce Wayne, but we get to spend a lot more time with him as a child. The entire first issue is dedicated to that time in his life. As far as how Batman works his way into his life, I’m going to leave that as a mystery for now.

For the entire interview, including talk about some of other Leon’s Batman work, head over to Newsarama. Batman: Creature of the Night has not had a release date announced.