Review: Batman: Death in the Family 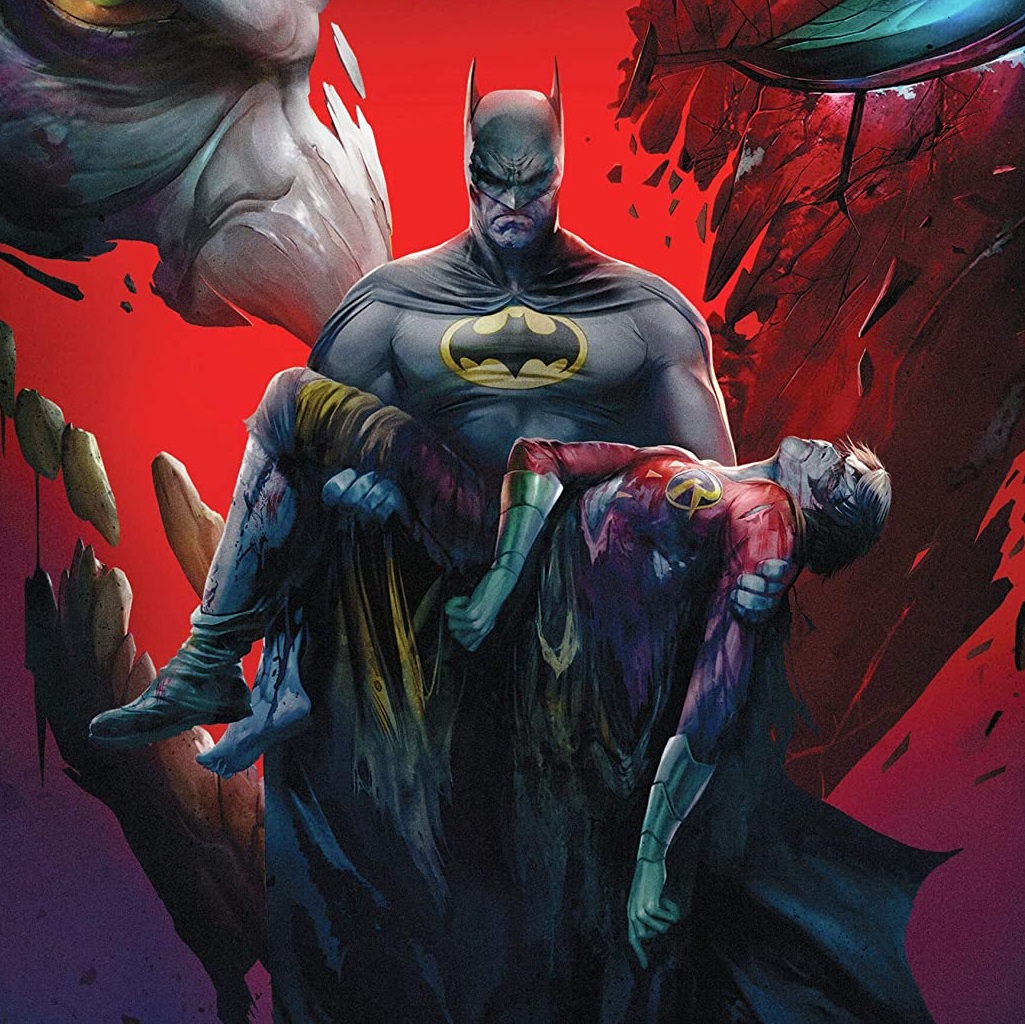 Overview: Batman: Death in the Family is DC Animation’s first attempt at an interactive, choose-your-own-adventure movie where the viewer gets to choose how the story takes place. Using Batman: Under the Red Hood as its backstory, Death in the Family lets you decide how Jason Todd’s death and life could have been different.

Synopsis (spoilers ahead): The movie opens with Batman racing to get to Jason Todd before the Joker kills him. We cut to a flashback of a scene where Robin disobeys Batman’s order, and Batman decides to take Jason off active duty. Jason hears this and runs off. In a new scene, we see Bruce run into Jason in Bosnia on a mission to stop Ra’s al Ghul, but Jason says he is on a mission to stop the Joker. Batman goes to stop Ra’s and begs Jason not to take on the Joker by himself, but Jason disobeys again. Robin is caught and is beaten down by Joker with a crowbar. Jason tries to escape, but the door is locked and a bomb is about to go off. Here is where we are given the first choices of “Robin dies,” “Robin cheats death,” and “Batman saves Robin.”

Robin dies: In this choice, we cut to Batman finding Jason’s dead body, and the events of Under the Red Hood play out naturally. Then we see Bruce Wayne at a coffee shop summarizing the events of the movie to Clark Kent. Clark tells Bruce that he commends him for sharing his story and that he is the strongest person Clark knows for facing the demons he goes up against night after night. Clark also tells Bruce that they will find Jason together.

Robin cheats death: In this option, Jason survives but is horribly disfigured and mentally broken. He blames Bruce for what happened to him and runs away from the Bat-Family. Jason wears a new costume (his costume in the famous Hush storyline from the comics) and begins a murderous rampage throughout Gotham that Batman can’t stop. Talia al Ghul tracks down Jason and gives him her and Batman’s son Damian to raise. Jason takes Damian and plans to use Damian to take down both Batman and the house of al Ghul.

Batman saves Robin: This option produces the most choices for the viewer. Batman is able to save Robin from the explosion. However, it is Batman that dies this time. With his dying breath, Batman begs Jason to not kill the Joker. This sets up another choice- kill the Joker or catch the Joker.

Catch the Joker: In this option, Jason adopts the Red Hood persona to get Joker’s attention and wage war on Gotham’s criminals and the underworld. Joker is happy to finally meet Red Hood, and we learn that Jason has suppressed memories of himself killing all of the criminals that he has gone up against. Jason is devastated and leads to another choice of whether or not to kill the Joker.

No matter which option is picked, Jason becomes a fugitive because of the murders that he has committed. Jason is then confronted by Talia and a very much-alive Bruce Wayne. Talia brought Bruce back to life using a Lazarus Pit, but Bruce’s mind is broken and can only say “Zur-En-Arrh.” Talia offers Jason a chance to join the league, but Jason refuses. Red Hood has to fight Batman, which leads to another choice of to fight Batman to the death or to save him.

If you pick the fight to the death, Jason is able to stab Batman with a knife, which leads to Batman activating a hidden bomb and killing himself, Jason, and Talia.

If you choose to save Batman, Jason stops Batman and defeats Talia just as Dick Grayson (now Batman) shows up and welcomes Jason back to the family. They take Bruce back to the Batcave to heal his broken mind.

Kill the Joker: Here Jason agrees to Bruce’s dying wish to not kill the Joker until he runs into Joker at a local diner. Joker is starting to turn a new leaf and living a normal life now that Batman is gone. Joker and Jason talk about their new lives, and during their conversation, they figure out who each other are. Jason then snaps and stabs the Joker, killing him. Cops rush to the scene, and the viewer is given another choice to either go to jail or escape.

If you pick to turn yourself in, Jason goes to prison and becomes the “Jailbird,” and deciding to deal his own brand of justice in prison.

If you choose to escape, Jason becomes Red Robin and starts murdering criminals all around Gotham. Dick as Batman can’t stop him, and Red Robin ends up in a shootout with Two-Face at the mall. Two-Face has Red Robin on the ropes and goes to flip his coin, which leads to another choice.

If the coin lands on the bad side, Two-Face decides to spare Jason and let him continue to be the monster and live with the guilt of the murders that he committed. Jason feels the guilt of what he has done and retires from crime-fighting.

However, if the coin lands on the good side, Two-Face decides he should kill Red Robin anyway. Before he can pull the trigger, Two-Face is tased by a young Tim Drake. Tim convinces Jason not to kill Two-Face. Reminded of Bruce’s dying wish, Jason decides to take Tim on as his sidekick. Thus, Tim becomes Bat Kid (ugh).

Analysis: While Batman: Under the Red Hood is one of the best DC animated movies and basing a choose-your-own-adventure around it is a good idea, this movie is a miss. Under the Red Hood is so compelling and rewatchable. None of the endings and storyline choices in this follow-up are particularly interesting. None of them make you want more. I understand the idea of it harkening back to when Jason was killed in the comics with the infamous call-in number where the fans decided Jason’s fate. It’s a nice touch, but that doesn’t resonate in this adaptation.

Bruce Greenwood reprises his role as Batman from the first movie, and he remains one of the better Batman voice actors there is. Vincent Martella takes over for Jensen Ackles and does a fine job, but Ackles owned that role as Jason Todd/Red Hood.

Batman: Death in the Family has an R rating, and it seems to go over the top with the violence just for the sake of it. Jason’s rampages throughout Gotham are bloody. At one point, he decapitates the Riddler. The Tim Drake cameo feels forced and stupid to be quite honest.

Editor’s Note: Batman: Death in the Family is now available on Digital HD and Blu-ray. You can order your copy, and help support TBU in the process, by heading over to Amazon.

Batman: Death in the Family

Batman: Death in the Family ranks near the bottom of DC animated movies. The choose-your-own-adventure gimmick doesn't make up for the lack of meaningful storytelling. Your time as a viewer is better spent watching Under the Red Hood again or any of the other great DC animated movies.