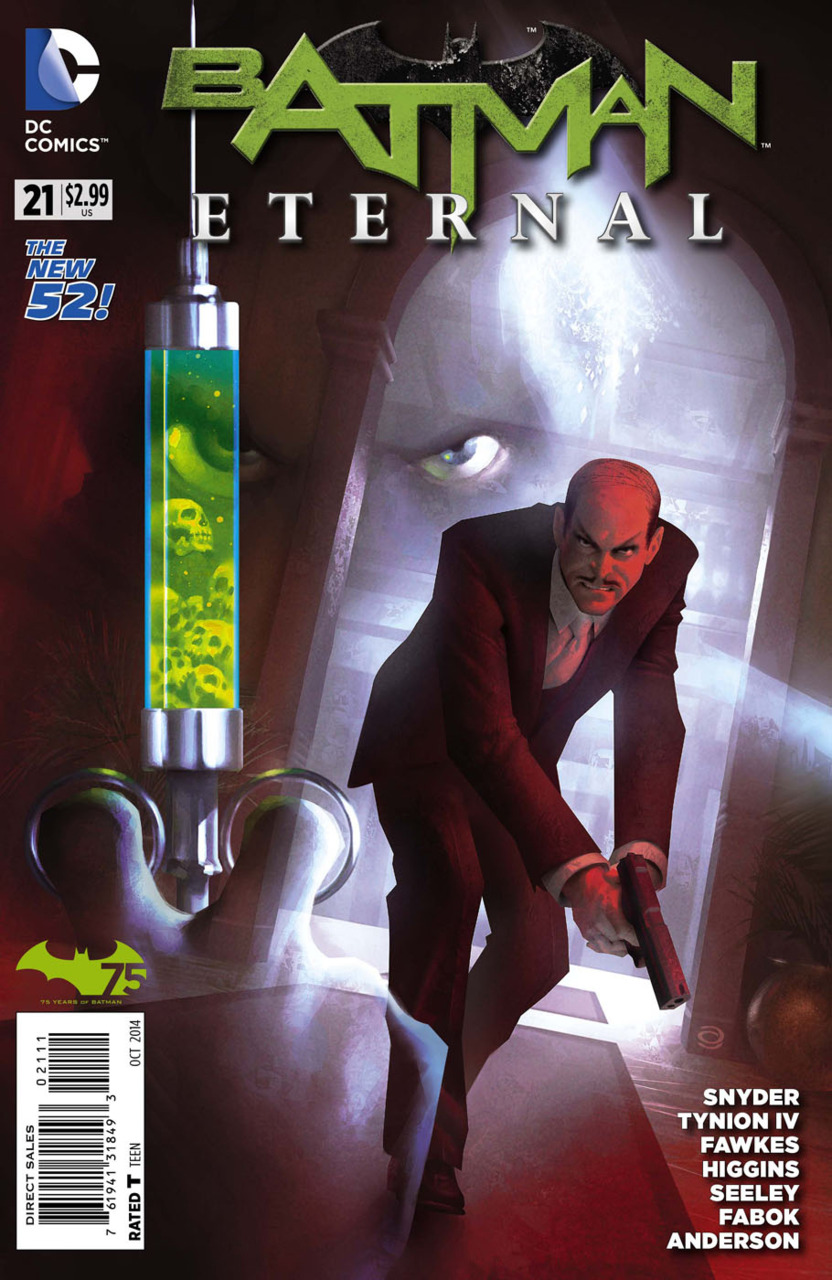 All I can say right now is, “Holy. Crap.” This issue was freaking amazing! So many revelations in here. I was so afraid that this series was losing it’s touch, but it came back with a vengeance!

The duo of Tynion and Fabok are back this issue, and they certainly make up for the last few issues, which were just okay. Tynion does a great job in establishing, here, what the team has built in these twenty issues, and then he turns it completely on its head. Tynion has really impressed me with this, showing me what he is really capable of. To the point, even of getting out of Snyder’s shadow and tutelage, to make his own name. DC needs to give this guy a book again. Every other Bat-family member has a book except one…. Tynion needs to write an Alfred book! I know that sounds ridiculous, but once you read this issue, you’ll agree. Heck, make Alfred the new Robin!

Fabok’s art is great as always. He has such clear and smooth control over the pacing, and just excels at it.

First off, we get a little shocking PDA with Vicki Vale and Bard (they’re moving along quickly). Jason is the new commissioner, and he has cut a deal to give Vale the exclusives. AND, Gordon has been found guilty. Boo!

At Blackgate, Falcone is being released… What?! Why?… I don’t know, he just is. He has a conversation with his old mentor, Rex, and threatens him. He walks out the door, as he waits for the new commissioner to come pick him up, but the Warden has arranged a meeting with Batman. Falcone claims that he doesn’t know who’s behind everything, he just got an invitation to join in the destruction of Gotham.

At GCPD, Bullock gives Bard a pep talk, telling him to not try to fill Gordon’s shoes, but to try to go on his own path instead. Batman shows up, and gives Bard a USB drive that has the data that will clear Gordon’s name, and promptly leaves after telling him he still doesn’t trust him.

Alfred and Julia are talking when the alarm goes off. He knocks out and hides Julia in a safe room, and takes her gun. As he attempts to find the intruder, he shows us how much of a bad-anus he is, and goes all MI6 on us. However, he is attacked and has fear toxin injected into his brain by none other than…. Scarecr… I mean Hush! That’s right, Hush. Kinda thought this before, but it feels good to know your right kinda thing. Also explains the straight jacket on Alfred in the Batsgiving teaser. Later, Julia gets out, and although he has trouble communicating, he is able to give out the time to set the grandfather clock to her. This is a so much better excuse for revealing the Batcave to a girl, Batman ’89!

Bard shows up to pick up Falcone, and gives Zorbatos release papers for another person. That not being Gordon, as they walk right past him. No. He’s setting the stage for phase two, and they need Zachary Gate, the Architect. Bard goes back to his car, while on the phone with Hush. He says that Gotham belongs to them now, as he destroys the USB drive. Hopefully Batman was smart enough to have a backup…