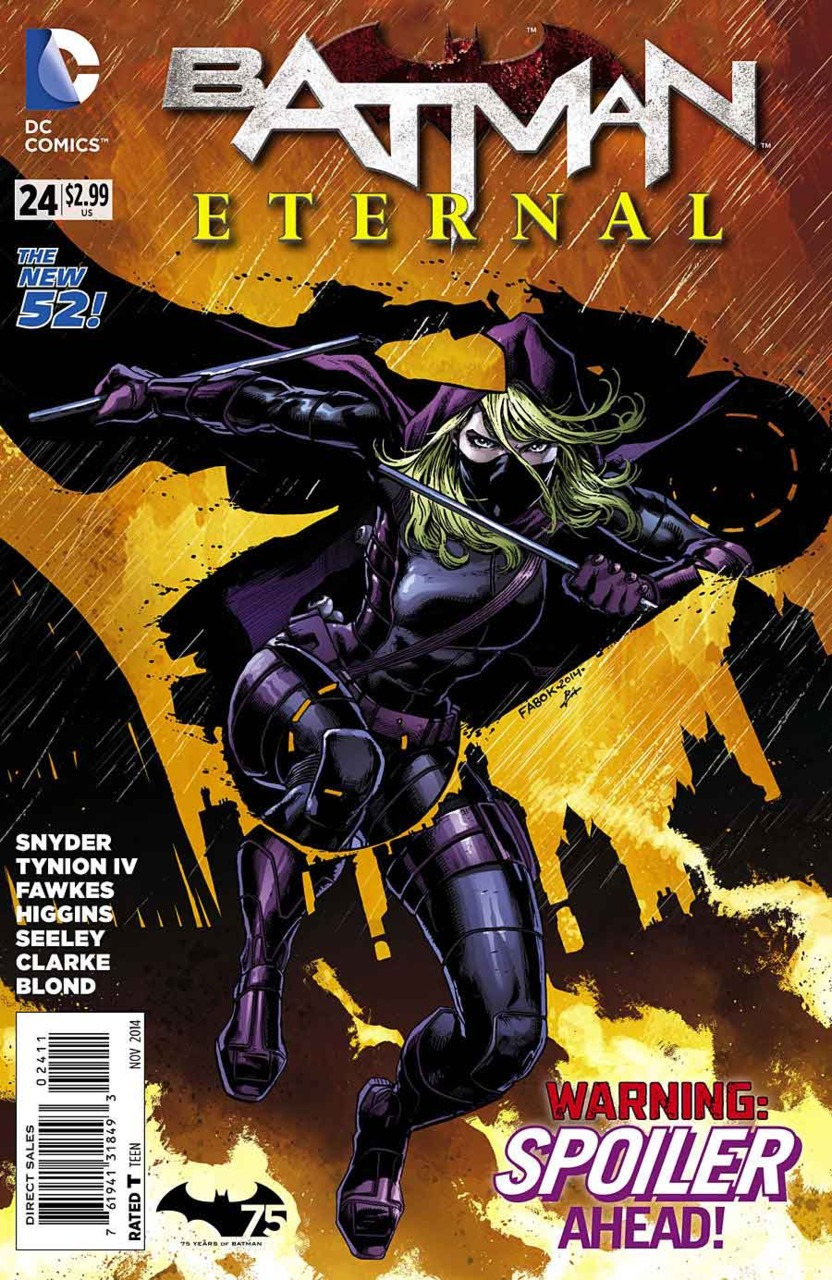 Spoiler is back, front and center. This issue focuses primarily on her. Ray Fawkes is on the script this issue, and he’s kinda surprised me lately. The guy is usually know for doing supernatural type stories. But both with this, and the Batman issue he has done this month, both don’t really touch on the supernatural. I like the guy’s writing, but I was starting to wonder if he could write anything else. He’s certainly proving me wrong.

Andy Clarke does the art this issue, and it looks great. He’s very detailed, and captures emotion well. The only thing that I don’t like about his art, is how he draws eyes. Sometimes he makes them too big, and with his detail, it’s kinda creepy looking.

Cluemaster is talking to Hush in a garage. He tries to sweeten him up a bit, by telling him the things they’ve done. Signalman is messing with the traffic, the water system is broken, Ratcatcher is spreading disease, and Prankster is messing with the power. But they are doing it in a subtle way, so that no one notices.

Stephanie is hiding inside, trying to record everything with her phone. Hush is fed up with Stephanie posting their plans on the internet, and says that either Stephanie or Cluemaster will be in a body bag within twenty-four hours.

Batman comes across another ghost in the art gallery, and takes it out with another Nth metal Batarang, and it turns out to be a guard from Arkham. Batman tries to radio Batwing, but there is no answer.

Stephanie comes out of hiding to check out the place, but her father set a trap. She escapes the garage on a bike, and her father follows in pursuit. He throws explosives at her with traffic all around, and finally gets her bike. She bails, and saves herself, while she made a quick call to the police. Cluemaster had paid off the Gotham police, but they are now outside of Gotham. So some police come in, and take him away.

Not much happened here, but it was nice to see Stephanie get the spotlight, and there wasn’t much to pick apart, here.