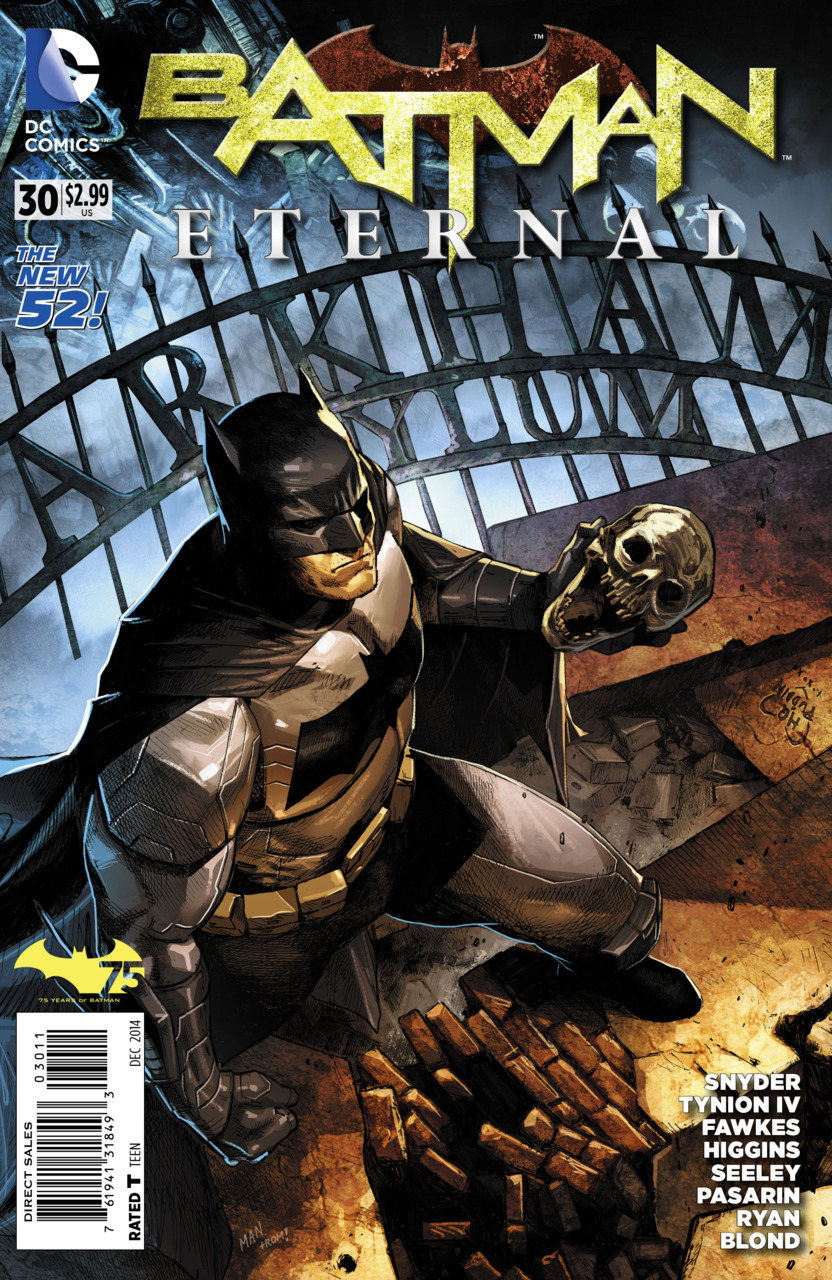 This issue left me feeling disappointed. Here, we just read Arkham Manor last week, leading us to believe that we were going to see that Bruce was going to loose the family fortune, and his house… But we don’t see that at all this issue. Which is sad, because I was looking forward to seeing how that played out. Ray Fawkes continues his story from last week, and although it is better, it’s still not great.

Fernando Pasarin is on art this issue. If you remember, he did the last arc or so on Simone’s Batgirl. He’s so close to being good. Some panels look great. Others look so, so bad. For example, the first panel showing Julia; her face looks so chubby, but then the features on her face are too small. Also, there are ways he draws facial expressions look all too familair, like I’ve seen him draw the same ones multiple times a book. If he can just correct those, and be more consistent, his art would be great for a big name title.

Batman is in the GCPD helicopter from last issue, overlooking the exploded Asylum, when Julia tells him that the blast took out a 737. He sends to Batplane on autopilot to course-correct the flight.

Meanwhile, Blackfire has opened up a portal to hell, and is planning on ruling by means of it, until the Spectre shows up, contains all the souls, and removes Blackfire from Zeus. Someone hidden, convinces Joker’s Daughter to do something for him, while the building around them collapses. Batwing saves Corrigan, but is trapped under a boulder by his arms. Batman rushes to Arkham, as it falls in on itself, and Alfred thinks he is hallucinating. Batwing’s suit begins to die, when he starts saying the Lord’s Prayer, as it fades to darkness.

Batman is hoping that he can find some survivors, when the police surround him. He sprays some gas, and makes his way down to the rubble. But instead he finds Joker’s Daughter looking to be a suicide bomber. Was it the Joker who convinced her to do this? Did we just see the end of Batwing? Guess we’ll find out later.