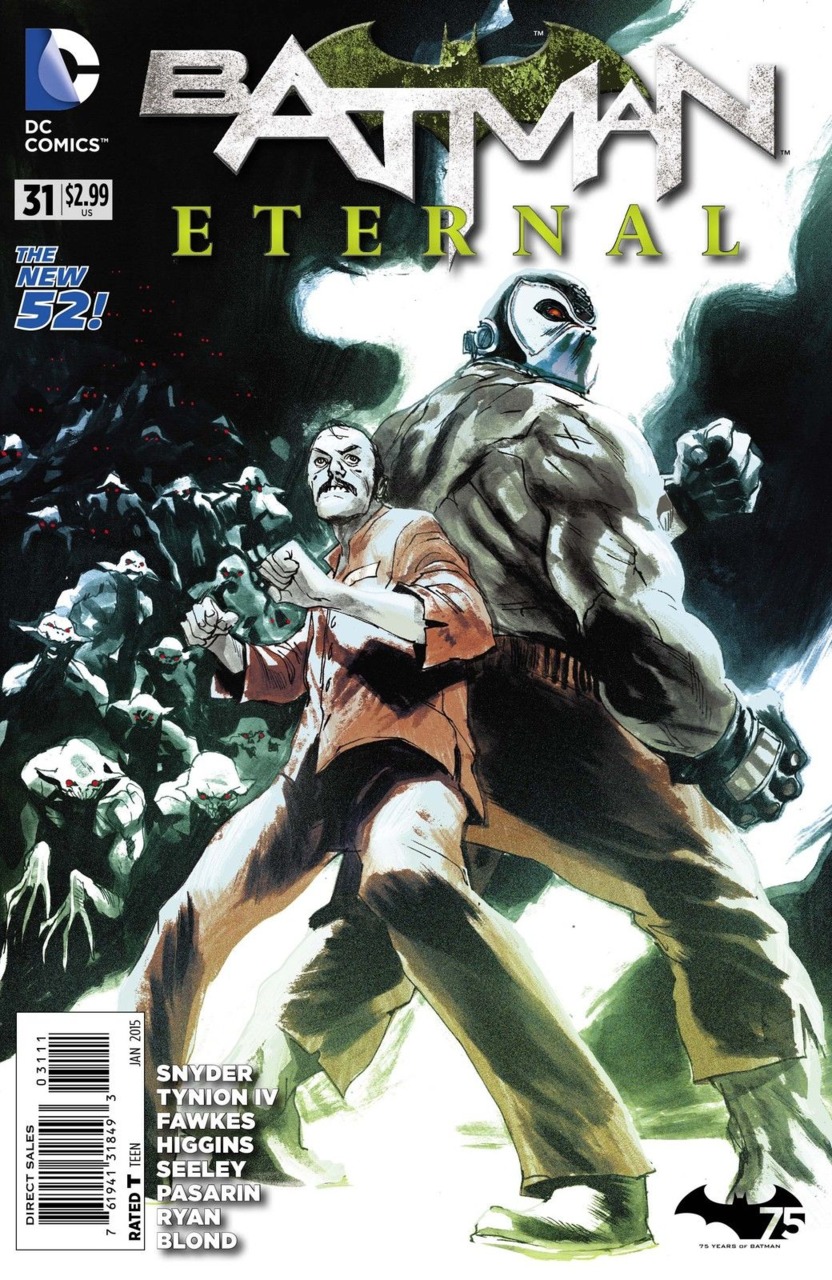 Alright, so before I read this issue, I kept seeing rave reviews on Twitter. Everyone saying how awesome it is. And I did enjoy it, but I just thought it ended up being alright. By the end of this issue, nothing is cleared up that we already didn’t know. Spoilers – Alfred ends up being okay, and it gives you the sense of “Let’s finish this”, but there are still horrible things going on. For instance; Spoiler is captured by Hush, and looks like she might be killed, and Batwing is still pinned underneath Arkham, and no one seems to care enough to help him! If I were him, I’d quit if I live through this.

Ray Fawkes delivers an okay script, but I’ve read better from him. Fernando Pasarin’s art still bugs me. It’s inconsistant, he constantly gets their anatomy wrong, and it just looks bad.

Crews are pulling people out of the rubble, and many of Arkham’s finest start to fight back. Joker’s Daughter is trying to be a suicide bomber, but it doesn’t work. Someone is trying to mess with them. Batman takes the inmates down, and Harvey Bullock refuses to give the police force orders to take down Batman.

Spoiler is driving a bike, crazily through the city, when Hush knocks her down, and is about to kill her himself. Batman jumps in his plane, and rushes that direction.

Meanwhile, Alfred is hallucinating of his army days until Bane lifts the rubble off of him. Bane chooses to work with him, because he recognized his training. He knew he was a soldier, and wants his help. However, Bane makes the decisions. Alfred is very polite, as he suggests to find the underground tunnels to find their way out. But they are attacked by some creepy looking monsters… But I thought these guys were taken care of by the Spectre last week…? I don’t know. They take these goons down, and it’s pretty cool seeing Alfred kick some butt, and Bane seems to respect Alfred more. They make their way to a wall, and Alfred says a password into it. He holds his breath, as gas sprays, knocking Bane out, and allowing Alfred access to a Batcomputer. Julia and Batman are happy, and Batwing reminds them that he is still trapped. The end.