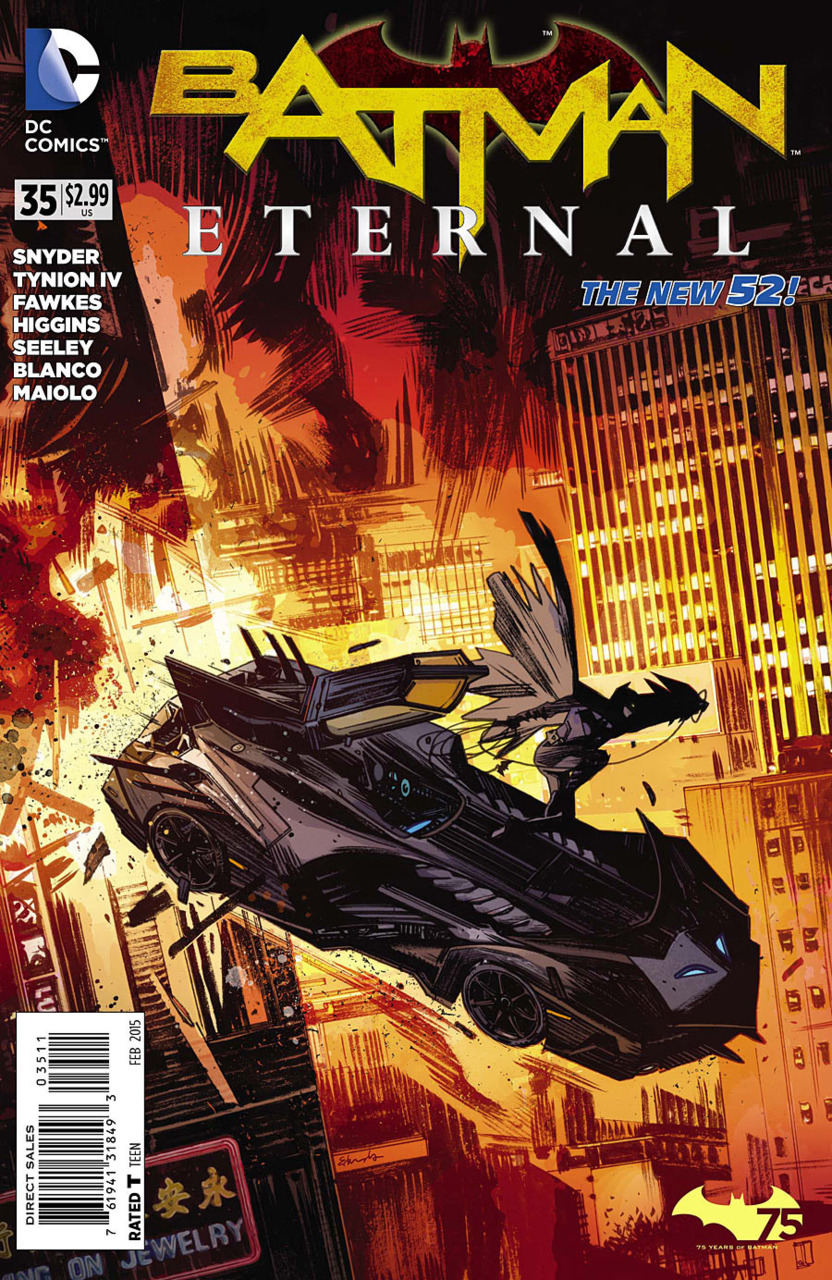 Just as Kyle Higgins gets this series back on track his arc ends, and another begins. However, James Tynion keeps up the awesome pace that’s been set and keeps this book rollin’! Tynion does a wonderful job in building up the drama with the pacing, because this comic is so intense with Batman never even getting off of his butt.

Fernando Blanco’s art was great as well  I was nervous, not having seen his work before, but the guy turned in some great looking stuff. He and colorist Marcelo Maiolo work great together, creating nice balance on each page. Blanco has some key panels, that are smaller in size on the page, but Maiolo draws your attention to them by using bright red and white colors, reminding me a bit of Andrea Sorrintino.

We open two weeks since last issue, and Bruce is meeting with Lucius over a cup of coffee. Bruce is broke. He’s lost everything in the loss of his company, bringing us back up to speed with the other books.

Bruce gets a call from Julia in the middle of the conversation, and Bruce talks about having Hush locked up in the cave, securing the city, and how he can’t trust Bard and the GCPD – right in front of Lucius. Does he know about Bruce being Batman? Because I don’t remember that… Let me know in the comments if I’m wrong on this. They hang up, and Lucius tells Bruce to tell Batman that Bard has ahold on him as well.

Vicki Vale and her sidekick – Joey – have left on a field trip to Detroit to look up some stuff on Bard. She finds a bartender named Frank who seems to have known Bard very well. Frank tells her that a Batman wannabe was responsible for the death of Bard’s family. Ever since that night, he was ready to “burn the world down to make things right.”

Bard detonates the Wayne Restoration Project, catching Batman’s attention. He comes in with his Batmobile, when it gets hacked by Lucius on orders by Bard. Julia is trying to give Batman the controls back, but it’s not going so well. Bard has him drive through building after building, until he plummets to his death of the side of Wayne Tower. Will our hero survive? Does Batman still have car insurance?! Tune in next issue…