Reviewing Eternal’s Batsgiving: Things We Know and Things We Don’t 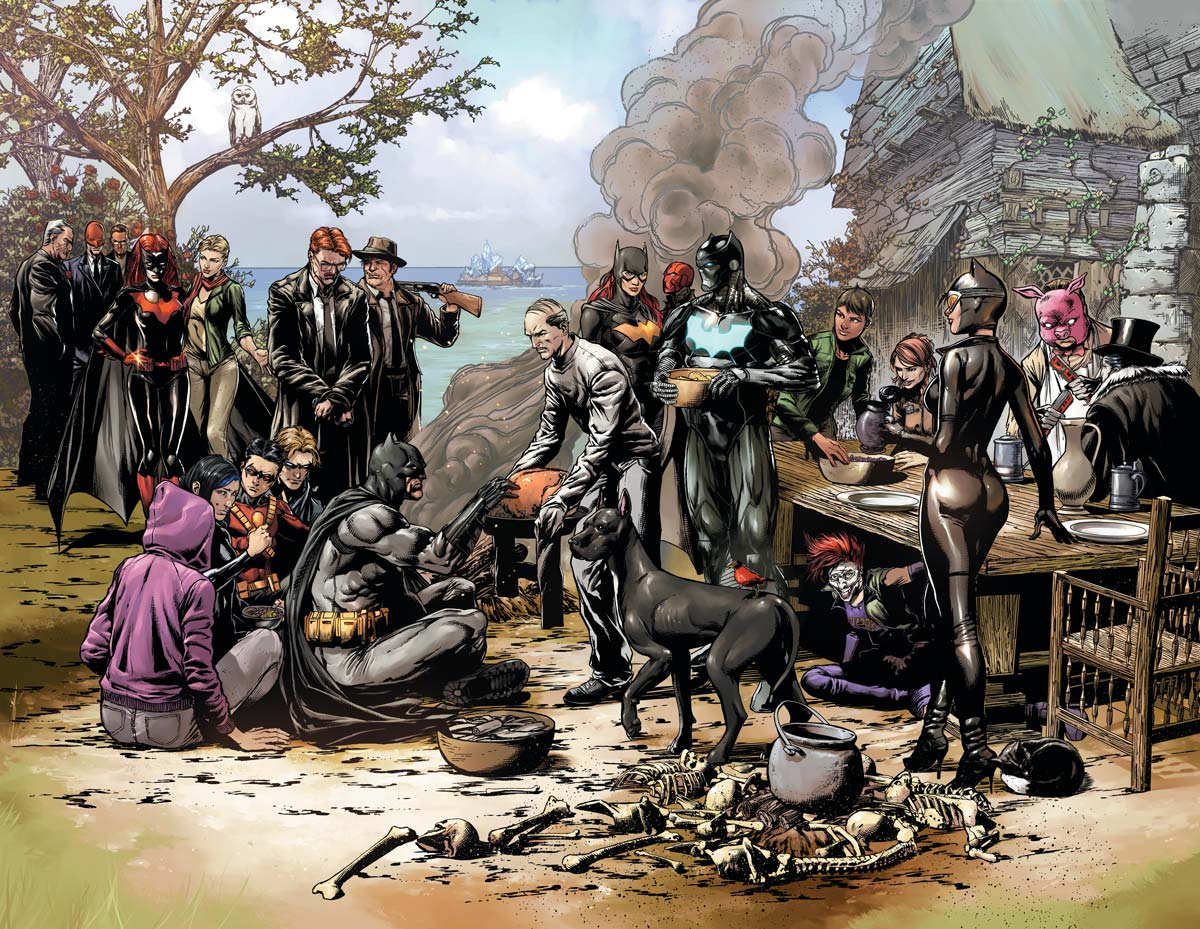 It’s been over a year now since we first glimpsed the image above which Scott Snyder released on Twitter and DC issued as a two-page spread which wished us a “Happy Batsgiving.”  At the time, the image (drawn by Jason Fabok) was meant to tease the then-upcoming weekly series, Batman Eternal.  However, now that we are a year after that image and nearly 8 months into Eternal, let’s take a moment to see what clues from the image seem to have been deciphered and which ones still leave us scratching our heads.  After all, Scott Snyder promised that every detail in the image would be important.  Also, as you might expect, the rest of the post will contain spoilers through issue #35 of Batman Eternal.

Those are all the things that I’ve noticed as well as their possible explanations (or lack thereof).  Let me know in the comments your thoughts about my explanations or what things I might have missed or gotten wrong.  Hopefully all of our questions will be answered and everything will be made clear as the first year of Eternal is set to end in March 2015.