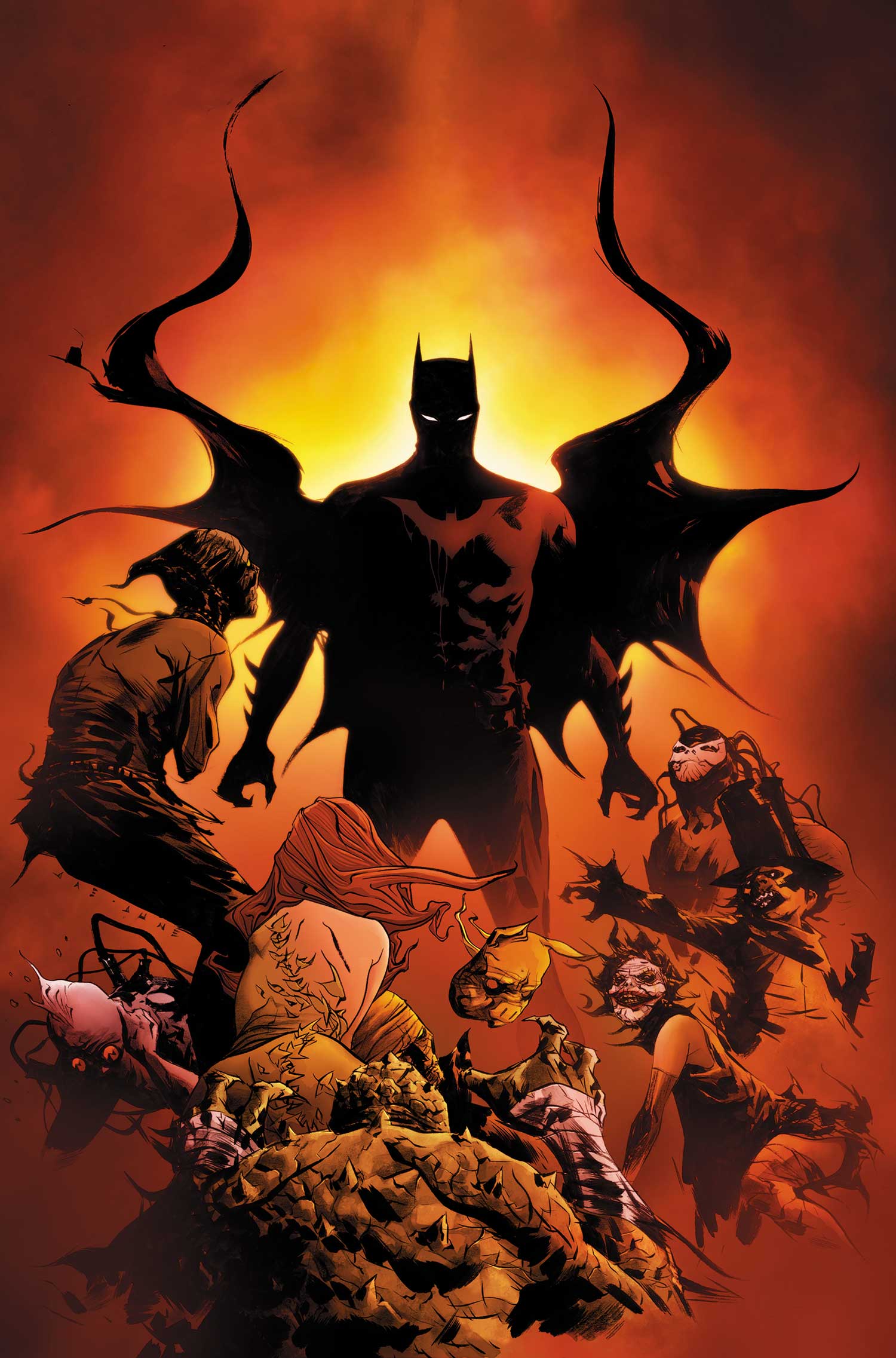 Batman Eternal has ended and while Batman may have been proved to be eternal, the first volume of the series has come to an end. MTV caught up with a number of the writers behind the series and discussed the end of the series. More importantly though, the future of some of the characters were brought up along with what could be in store for the second volume of Batman Eternal. Here are the highlights.

Scott Snyder: I still remember the night in the summit, one of our big planning summits, and Tim Seely said, “Cluemaster, like Cluemaster is behind everything,” and we were all like, “you’re crazy.” And then he started explaining, because we knew what we were building towards Lincoln March, we had always planned that Cluemaster would have this role throughout the series — and Tim just laid out why all the pieces connected, to the point where he would be this incredible reveal right at the end. Because Lincoln March is like the “big bad” at the end of this series, but a lot of how the plan worked was Cluemaster. Lincoln even says it at the beginning of issue #52, you know he was always so much smarter than anyone ever thought he could be; but at the end of the day, he was never able to become what he wanted to become… Which is tragic and horrifying.

Tim Seeley: I still think he should have been the supreme bad guy.

Kyle Higgins: As far as I am concerned, it may be sad as what happens to Cluemaster but in this story he proved himself to be smarter and more badass than every a-list villain Batman faced.

The importance of Spoiler throwing that final punch:

James Tynion IV: Well, that was one of the first things readers found out about this series when we first announced it back in October, 2013: that we were bringing in Spoiler. And there was a promise in that, that this would have a very strong Spoiler component. That this would be a story that reintroduces her back into the Batman mythos in the biggest possible way. In the end, it needed to be her throwing that punch because she is the one who’s gone through the most. She represents the cost of people going after Batman, and people who have every right to hate everything that Batman stands for, and not want to help.

She is a good person, but just because you are a good person does not mean you go out there in the streets and start punching bad guys. But this is someone who was able to come together and pull herself to this point where she does want to help — or she needs to help. And you know, we saw her in #51 leave Gotham City just because she’s done her part, and she has given all the evidence she has to the press… She is ready to get out of Gotham City having already been a bit of a hero. The moment with Harper, Harper isn’t going to back down, she is going to keep fighting even if it means she might die — and that almost doesn’t make sense to Spoiler in that moment… Until it really hits her, and she sees an ordinary person try to save her life, trying to live up to the idea of Batman. That’s the first time she sees the Batman symbol for what it could really be. Although we also see that there is a moment before all of this that she did see Batman that way. All the way back in #11. The possibility of a Red Robin and Steph relationship being explored:

James Tynion IV: That is definitely something that is there both for a bit of a tease, and also as a huge Tim Drake and Spoiler fan — and something I think that readers were waiting to see happen. I can’t talk too much about where that story is going to play out immediately, but I think that is a story that readers want to see. But, you know Stephanie Brown is Harper’s roommate, and all sorts of frustrations that would come from that, we’re definitely going to be seeing the windows into that over the next year. You’ll have to wait and see exactly where that will happen.

Future of Vale and Bard:

James Tynion IV: In a very real way it wraps up their story in terms of “Batman Eternal.’ Jason Bard goes through the most hero redemption mark as far as any character in the series, and [now] the character is out there and ready to be used. He was a character that was very much, we built him to explore “Eternal.” Vicki Vale is going to be popping up wherever the Gotham Gazette pops up, and there is plenty of room for huge stories about her and Bard as the series moves forward. We wanted to shake them up, and now they are back in for anyone to play with however they want to play with them.

Future of Batwing and Corrigan:

Ray Fawkes: The really fun thing about putting them together was, it was pre-established in the books that Batwing was this high-tech guy but he has a religious background. So the notion of putting him in a situation where he has to face the supernatural, standing next to a guy that is literally carrying the theory of God around in his body from a story perspective… It was so meaty I couldn’t walk away from it. I couldn’t wait to do it.

And now, you know Luke and Jim Corrigan have been through something wickedly traumatic together. They are like brothers in arms now they have been through something that is like a warzone. Without giving away too much, there is sort of no way these guys can’t be friends after this… And I thought it was pretty cool that Batman just wanted to show Batwing there is more to Gotham than he thought. Now Batwing is walking out of this like one of the experts of this side of Gotham city.

Scott Snyder: You’ll have to wait and see!

James Tynion IV: I think it is fair to say that when we came into this it was an experiment that we wanted to see how it would work… And it ended up working really, really well. The fans responded really, really well. People have already heard rumblings that we are talking about something, and it is a fair bet to say that you’ll see something in this mode in the near future. But exactly what that is, and what shape it will take is something you’re just going to have to wait and see.

Batman Eternal #52 is in stores now.