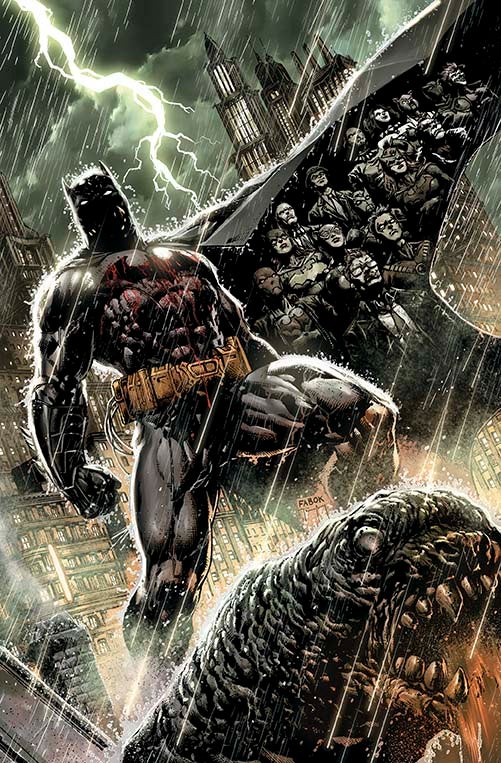 With Kyle Higgins leaving as writer of Nightwing, where is a Batman writer to go? Maybe go to another comic book title?

Newsarama received confirmation from DC Comics that Kyle Higgins will be joining Batman Eternal after there was a hint from Batman editor, Mike Marts. Marts tweeted an image of a steak dinner plate where most of the Batman Eternal writers were supposed sit and discuss the comic book title. Higgins' name was part of that tweet, which led Newsarama to ask if whether or not was going to the next writer on the roster.

Not too long ago, John Layman revealed that he will be leaving Batman Eternal after Issue #4. So, Higgins will be able to hop on board possibly after that issue. Higgins has worked with Scott Snyder before on Batman: Gates of Gotham so this addition will make the title that much more lucrative.