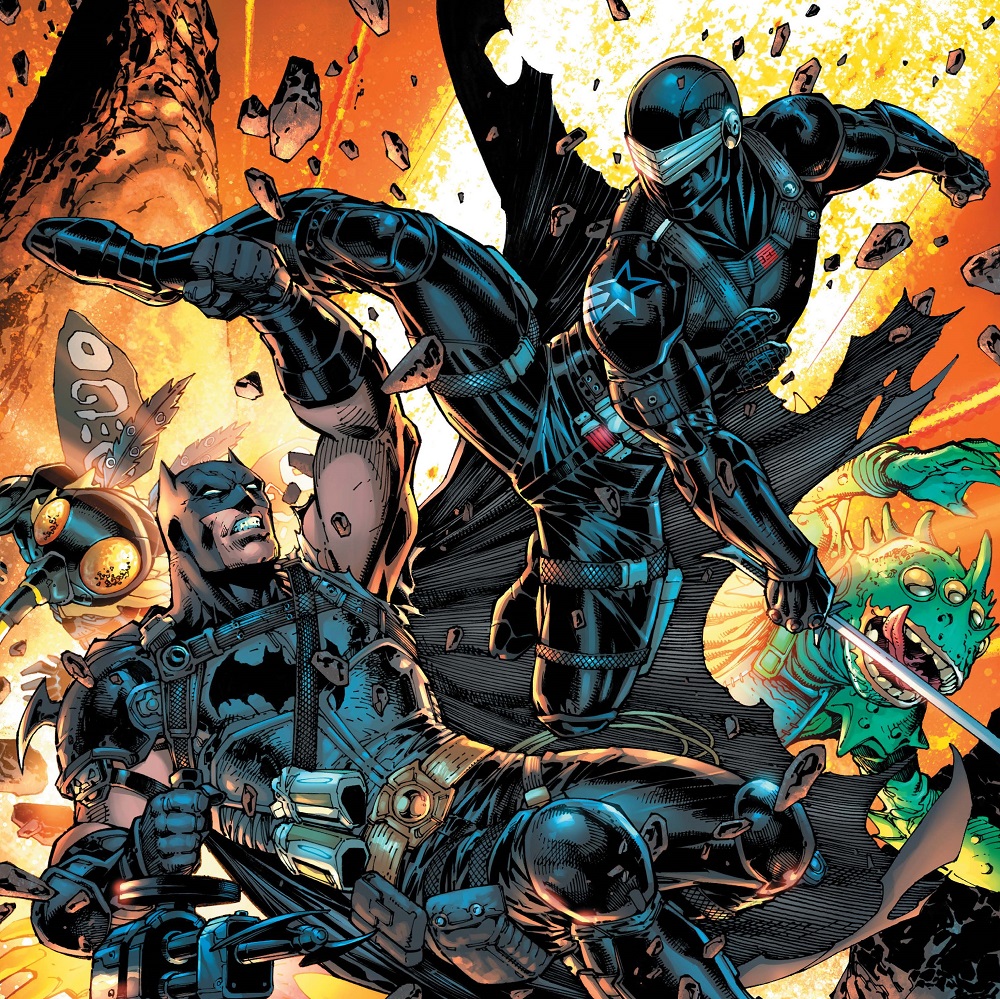 The upcoming Batman/Fortnite: Zero Point series is still over a month away from debuting, but that doesn’t mean that there isn’t already news of making the comic even more anticipated. The third issue will feature a dream match-up with Batman versus Snake Eyes.

Those unfamiliar with the game may not know that there are a lot of characters from various franchises that are focused on. Star Wars and Marvel have had huge focuses in the past, but there are a lot of smaller franchises that have appeared more recently including Alien, Predator, the Terminator, Ghostbusters, God of War, Walking Dead, and G.I. Joe. That last franchise added Snake Eyes to the game and in turn made the appearance possible for the upcoming comic series featuring Batman.

Is it possible that other characters from other franchises could make an appearance in the upcoming Batman/Fornite: Zero Point? Time will tell, but in the meantime, there are a number of new covers that have been revealed for the upcoming issues. The third issue will have a premium variant cover featuring Batman versus Snake Eyes by Jim Lee. Check out the gallery below to see all of the covers revealed up to this point.