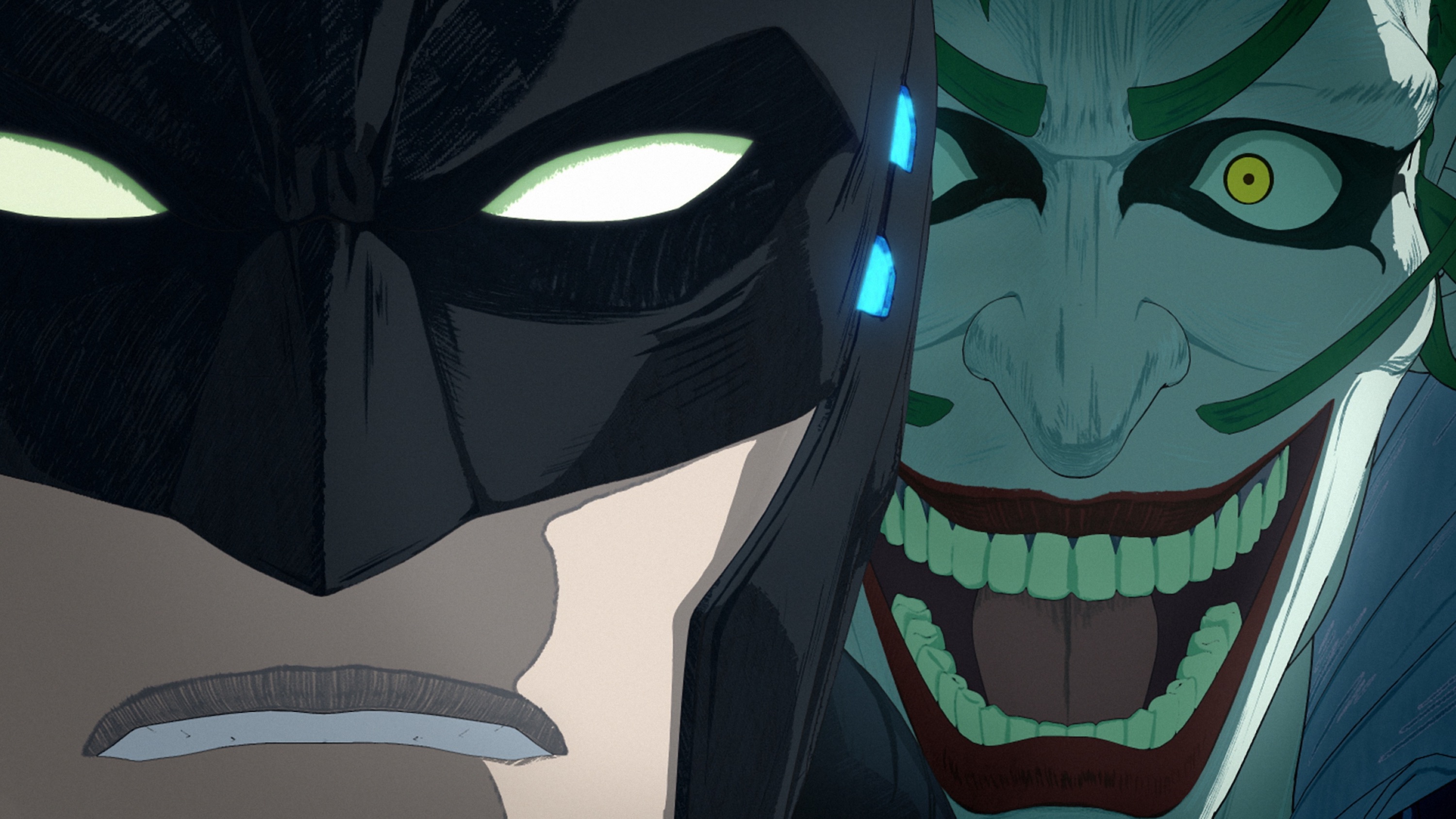 While we’ve seen the trailer and details from the Japanese version of the film, we never actually received confirmation that Batman Ninja was coming stateside. Until now. Warner Bros. Home Entertainment has announced that Batman Ninja will be released on Blu-ray and DVD in the USA on May 8 with a digital release on April 24. For those who have stepped up beyond standard HD, a 4K digital release of the film will hit this summer.

The film itself tells a time-hopping tale featuring Batman and his allies along with a cavalcade of villains invading feudal Japan. From the official synopsis:

Batman Ninja takes a journey across the ages as Gorilla Grodd’s time displacement machine transports many of Batman’s worst enemies to feudal Japan – along with the Dark Knight and a few of his allies. The villains take over the forms of the feudal lords that rule the divided land, with the Joker taking the lead among the warring factions. As his traditional high-tech weaponry is exhausted almost immediately, Batman must rely on his intellect and his allies – including Catwoman and the extended Bat-family – to restore order to the land, and return to present-day Gotham City.

The English dub of the film is written by Leo Chu and Eric Garcia (Afro Samurai) and will feature the voice talents of Roger Craig Smith as Batman, Tony Hale as Joker while Grey Griffin will voice Catwoman and Tara Strong reprises her role as Harley Quinn from assorted past media. Rounding out the cast are Fred Tatasciore as Grodd, Yuri Lowenthal as Robin, Adam Croasdell as Nightwing and Alfred, Will Friedle as Red Robin, Tom Kenny as Penguin and Eric Bauza as Two-Face. That’s a pretty impressive cast of Batman veterans so assuming the dub holds up, fans won’t argue over which is better, the Japanese or the English version.

As for bonus content, three featurettes have been announced for the physical versions of the movie including:

“East / West Batman” (Featurette) – Batman meets the anime medium, as this documentary looks into some of the Western tropes and archetypes, meshed into the world of feudal Japan.  East meets West, swords, samurai and giant robots, all playing into the clash between Batman and his Rogues gallery.

“Batman: Made in Japan” (Featurette) – To make a special film about Batman requires just the right artist to bring the mix of style and energy that is unmistakably anime.  The filmmakers discuss the Japanese character models, influences and design that create a fusion experience into this hyper real world.

This looks like it’s going to be a really unique take on the Dark Knight which should please fans who may be burnt out from the recent slate of DC’s home video releases. Are you excited for this new version of Batman? Let us know in the comments!