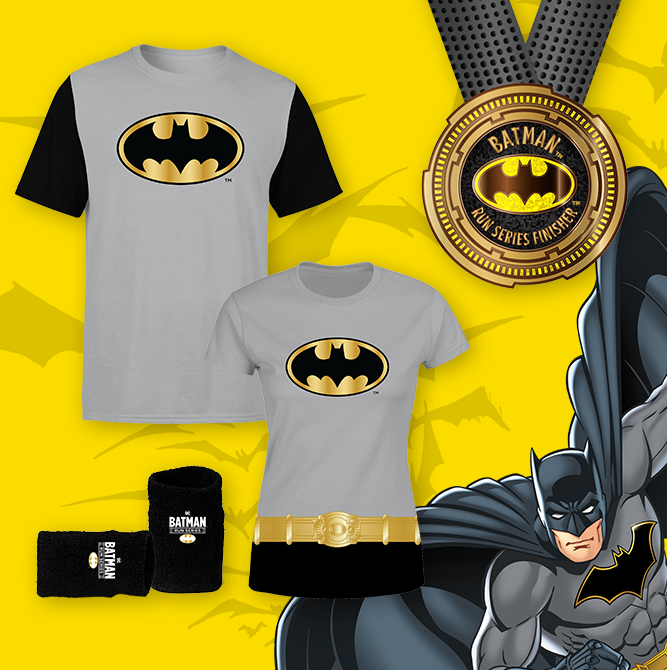 The DC Super Hero Run Series is returning for 2022 and with that brings the announcement that the Batman Run will once again be in-person. Over the past two years, the race series had to go virtual because of the global pandemic. Now the organizers have announced a major partnership with Six Flags to bring the run series to specific parks across the country. The parks that will be included are located in St. Louis, Chicago, Washington DC, New England, San Francisco, Atlanta, Dallas, and San Antonio.

And just because the race series is taking place live doesn’t mean you still can’t participate. The race series will still be offered in a virtual setting as well. There will once again be three different races focusing on Batman, Superman, and Wonder Woman. The difference between past years is that the race series is completely combined. So rather than running three separate races for each hero, you can pick one hero for either your virtual or in-person race. That also means the Justice League Run Series medal that was offered last year, was a one-off offering.

For those looking to attend the race series in person, there will be free parking available for all participants. Six Flags will also be offerings discounted admission for the entire weekend of the race series at that specific location.

As far as he swag for the 2022 Batman Run, it appears it also has taken a step back from the previous years. The past two years offered two different lightweight jackets alongside an extra accessory and a medal. This year’s offerings include a simple t-shirt, sweatband, and medal. The price has increased from $40 per race to $45 (for virtual or $44 for in-person) per race this year as well. There is an additional add-on for the race which is a pullover hoodie for an additional $40.