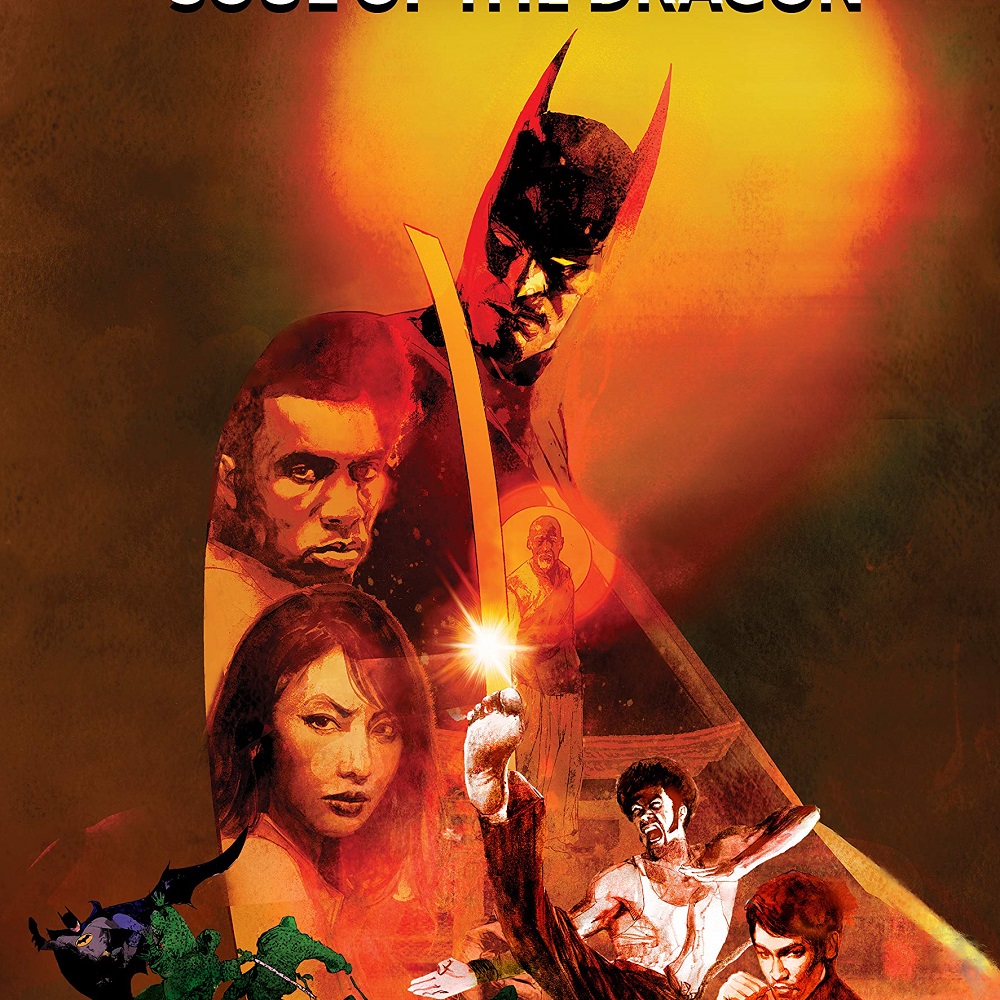 Overview: In Batman: Soul of the Dragon, Bruce Wayne, Richard Dragon, Lady Shiva, and Ben Turner must confront their past and attempt to stop a great evil from entering their world and destroying all life in the latest Bat-centric film from Warner Bros., directed by Sam Liu and written by Jeremy Adams.

Synopsis (spoilers ahead): The movie opens with super-spy Richard Dragon discovering that the leader of a dangerous snake/ninja cult called Kobra has gained access to a mystical gate that could have deadly results but the cult does not have the key to open it.

Richard heads to Gotham to ask his old friend Bruce Wayne for help. Here we learn that Bruce and Richard were trained in martial arts in Nanda Parbat by O-Sensei. Other students learning under O-Sensei are Shiva, Ben Turner, Jade, and Rip Jagger. O-Sensei puts the students through some grueling lessons such as having the students pound at a rock for hours in hopes of breaking it.

O- Sensei entrusts Shiva, his best student, with the ancient sword called “Soul Breaker.” Soul Breaker, we later find out, is the key to opening the mysterious gate in Nanda Parbat. Rip betrays the group and opens up the gate that he was forbidden to go near. Rip kills Jade with Soul Breaker because the gate requires a sacrifice. The gate opens up to the home dimension of a snake god named Nāga. Four serpent dragons escape the gate and immediately kill Rip. Bruce, Richard, Ben, and Shiva are told by O-Sensei that they were trained for this moment and beat the serpent dragons. O-Sensei tells the group that a soul opens the gate, but a soul must close it. With that O-Sensei sacrifices his life to close the gate but not before he tells his students that they are “stronger together than apart.”

Back in the present, Richard and Bruce are attacked by ninja assassins sent by the leader of the Kobra cult, Jeffery Burr. During this fight, Bruce quickly changes into Batman in a classic Batman entrance with the lights going out and Batman dispatching the ninjas in seconds.

Bruce and Richard head to warn Shiva about the attack and ensure that she is still in possession of the Soul Breaker. They are once again attacked, but the Kobra ninjas are able to steal the sword from Shiva. The three of them then recruit Ben Turner who fills them in on the backstory of the Kobra Cult and that Burr is meant to be Nāga’s human body, so he can live on Earth.

The climax of the movie is full of great kung fu and martial arts action. Batman and Ben Turner take on two serpent demons while Shiva and Richard take on Lady Eve and King Snake respectively. They defeat their foes only to see that Burr has used the Soul Breaker on himself to open the gate. The gate opens and O-Sensei walks out but it is not the happy reunion we expect. Nāga has taken control of O-Sensei’s body and is borderline unstoppable. Batman, Ben, and Shiva are no match as Nāga taunts them in their master’s body. Richard takes on Nāga and here we learn that it is Richard’s destiny to become the vessel for Nāga because he is “The Dragon.” Richard refuses and uses the Soul Breaker to kill the demon. However, that means that O-Sensei has to die, and he dies while surrounded by his greatest students.

The gate is still opened, and as we learned earlier in the film, only a soul can close it. While Richard, Ben, and Shiva argue over who will be the one to sacrifice themselves, Batman takes the burden on his shoulders and enters the dimension with the Soul Breaker. The rest of the students follow Batman and remind him that they are stronger together than apart as the gate closes and they prepare to take on demons for eternity.

Analysis: While Batman: Soul of the Dragon was announced last November, don’t go into this movie and expect a lot of Batman in it. Bruce is only in costume for maybe about twenty minutes of the movie. The strength of the movie lies in the martial arts action and the bond the four main characters share.

It is always fun to go back and see Bruce Wayne’s training before he became the Batman. Outside of a couple of episodes of the animated series and Batman Begins, it is not something we see often in the media. When Richard goes back to see Bruce he calls him “the most determined man I’ve ever met,” and we get a couple of cool examples of this. In regards to the lesson of breaking the rock, O-Sensei tells Bruce that it can never truly be broken and that it would just become pebbles and then dirt. Bruce refuses to believe this and continues to try to break the rock just like he will continue to defeat all evil and crime no matter how impossible it is.

The 1970s setting is fun as well. Long sideburns and bell-bottom pants were the styles back then, and we see that here. There’s a good Silver St. Cloud cameo early in the movie as we see her breaking up with Bruce. Silver St. Cloud was a huge part of the Batman comics during the Stever Englehart and Marshall Rogers run in the late 70s. Richard Dragon also has a brilliant James Bondesque opening sequence as he takes on Kobra goons and parachutes down onto a yacht that has a couple of women enjoying the water and the sun. They ask who he is and as Richard pours himself a drink he, very smoothly, says “Dragon. Richard Dragon.”

The voice cast is fine with David Giuntoli voicing Bruce Wayne/Batman (who also happens to be married to Elizabeth Tulloch who plays Lois Lane on Superman and Lois.) Mark Dacascos voices Richard Dragon, Kelly Hu as Shiva, and Michael Jai White as Ben Turner/ Bronze Tiger, who he also played in Arrow.

Editor’s Note: Batman: Soul of the Dragon is now available on Digital HD, Blu-ray and 4K. You can order your copy, and help support TBU in the process, by heading over to Amazon.

Batman: Soul of the Dragon

Batman: Soul of the Dragon is not recommended for new fans of Batman and his world because there is not a lot of Batman in it. It is definitely not a classic Batman story featuring the classic rogues gallery of Gotham. However, for a long-time Bat-fan who is looking for something a little different, this movie is a good, fun time. It is always nice to see something done a little differently with the Batman mythos, and this movie certainly does that.