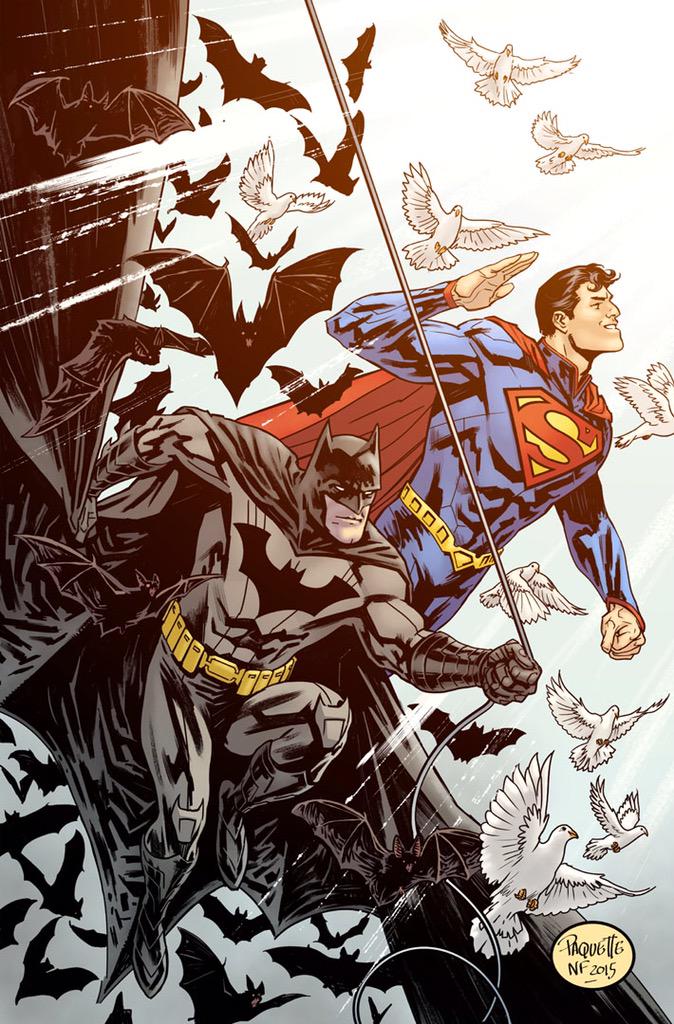 News out of New York Comic Con regarding Batman/Superman has been released via the Twitter account of writer Tom Taylor and then retweeted by DC Comics. Taylor stated that he and artist Robson Rocha will be writing a story in DC’s Batman/Superman series.

There has not been official announcement from DC other than the tweet they sent out, but it also may only be for a single arc given Taylor’s wording of “writing a story” for the series. Solicitations for January are right around the corner and Taylor and team may only be filling in for current writer Greg Pak and team.

Also part of the announcement was the cover for their first issue by Yanick Paquette who’ll be joining them for covers for their story.