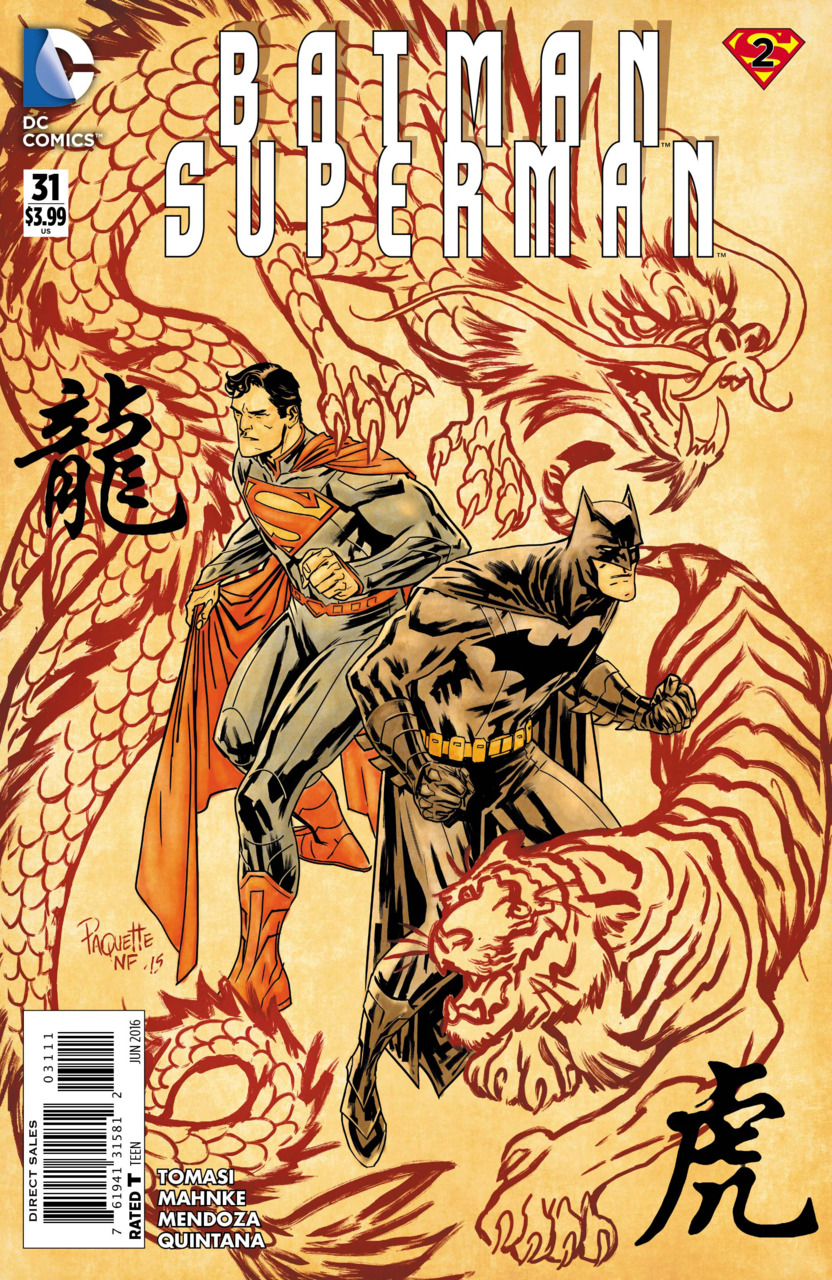 Synopsis: Green-eyed Superman zooms through the dark Gotham sky, speeding through the lit Bat-signal. In need of a detective, Clark seeks the help of the world’s greatest: Batman.

Superman finds Batman battling Tusk amongst other C-list villains. With Superman’s aid, the two quickly deal with the group of foes. Clark asks if Bruce brought his car. After Batman replies no, Superman picks him up and flies quickly to the Batcave, pissing off Bruce.

In the Batcave, Superman informs Batman that he’s dying and, in turn, needs his help finding Kara, or Supergirl. As Clark goes to leave, Alfred stops him to express his gratitude for all he’s done after overhearing of his ailment.

In Metropolis, new Superman saves multiple people in a burning building. Jimmy Olsen comes face-to-face with him, questioning who he is despite having wearing an “S” on his chest. New Superman tells him that they know each other, leaving Jimmy puzzled.

Back in Gotham, Batman and Superman meet on a rooftop to discuss Bruce’s findings. After pulling street camera feeds, Batman narrows down Supergirl’s location to National City. Mid-sentence, both of them are attacked by what Batman refers to as the Four Pillars, the embodiment of the Chinese Zodiac.

After intensely battling the four of them, Superman is left bleeding worse than he’s ever bled after getting swiped in his neck by one of the Four Pillars’ set of claws. Realizing how quickly he is weakening, Superman states that he needs to get to National City as soon as possible.

Art: The art is phenomenal! Doug Mahnke’s vivid pencils teamed with the nearly thorough inks of Jaime Mendoza and the vibrant colors of Wil Quintana make this book worth its cover price alone. The contrast between the brightness of Superman and the dull and shadowy tones of Batman and Gotham in general are executed fairly well.

Final Thoughts: I did not read Superman #51 nor did have any idea going into this book that I was about to read part two in essentially a Superman mini-series by Tomasi and Co. There are definitely components to this arc that I still have no idea what’s going on. Having said that, overall, I found the book enjoyable. Tomasi’s story somewhat caught my interest but was drawn further in by Mahnke and his art team’s visual storytelling. After reading this book, I found myself asking if I’m compelled to pick up Action Comics #51, the book that contains part three of this arc. As of right now, I’m still unsure.

Perhaps my lack of certainty answers my question.