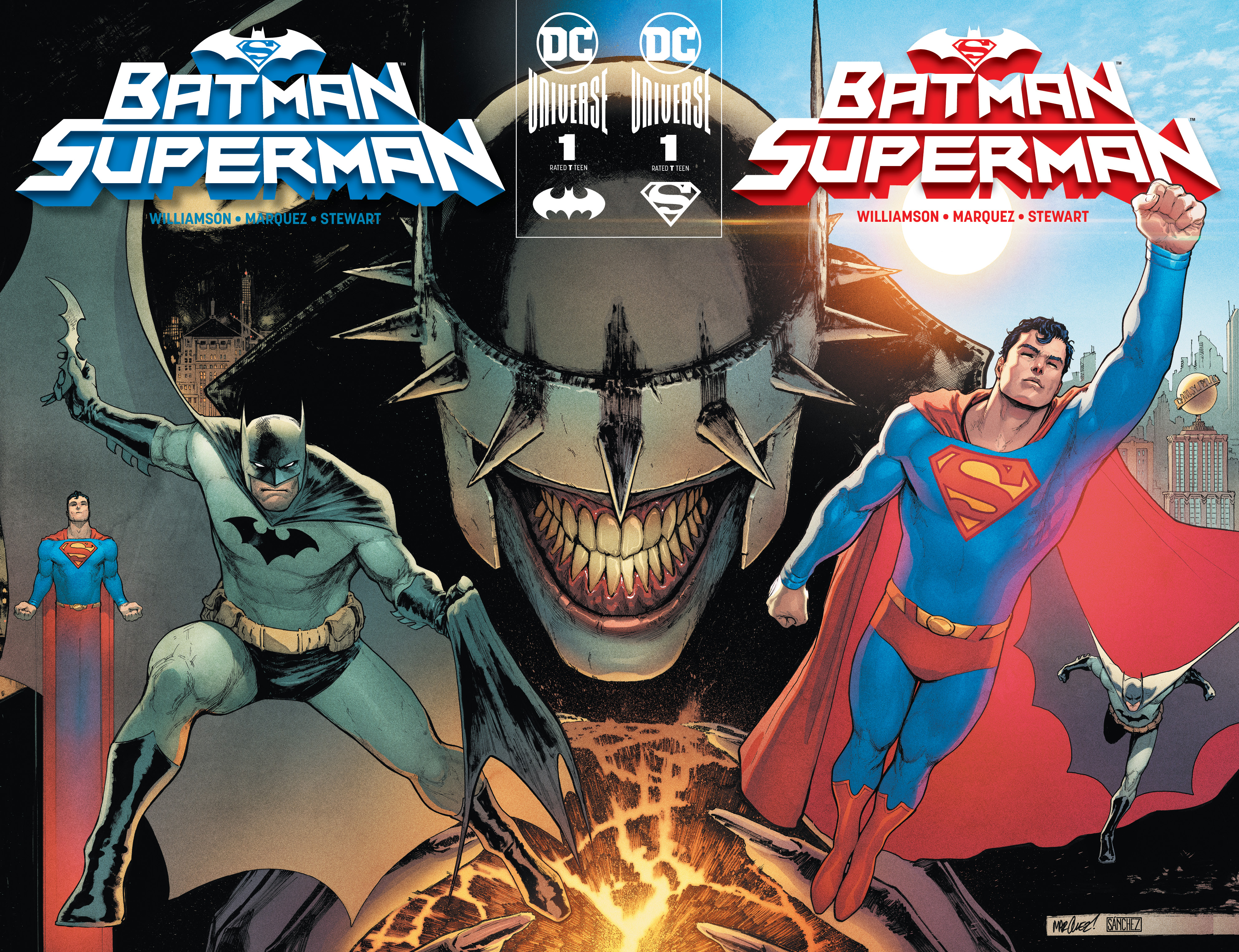 DC Comics has announced that a brand new Batman/Superman series will be kicking off this August. The series will be written by Joshua Williamson and will pick up threads from the current Batman Who Laughs miniseries. Art will be handled by David Marquez who comes from Marvel Comics and begins a new exclusive contract with DC with this first project. Williamson described the series as something that has been in the works for over a year at DC and well before Marquez joined him for the series. The series picks up on a thread that was also mentioned at the end of Williamson’s Flash and Batman crossover in The Flash #65. Batman and Superman will be investigating heroes set in the DC Universe as the Batman Who Laughs has infected six heroes to become evil versions of themselves. Williamson also stated that hints may be given in other titles and fans may figure out who has been infected before Batman and Superman do.

The series will be a new ongoing series and launch on August 14. The first issue will feature two covers as see above. More details about what to expect in the upcoming series will be featured in this week’s special $0.25 comics DC’s Year of the Villain, including a list of the heroes that could be infected.