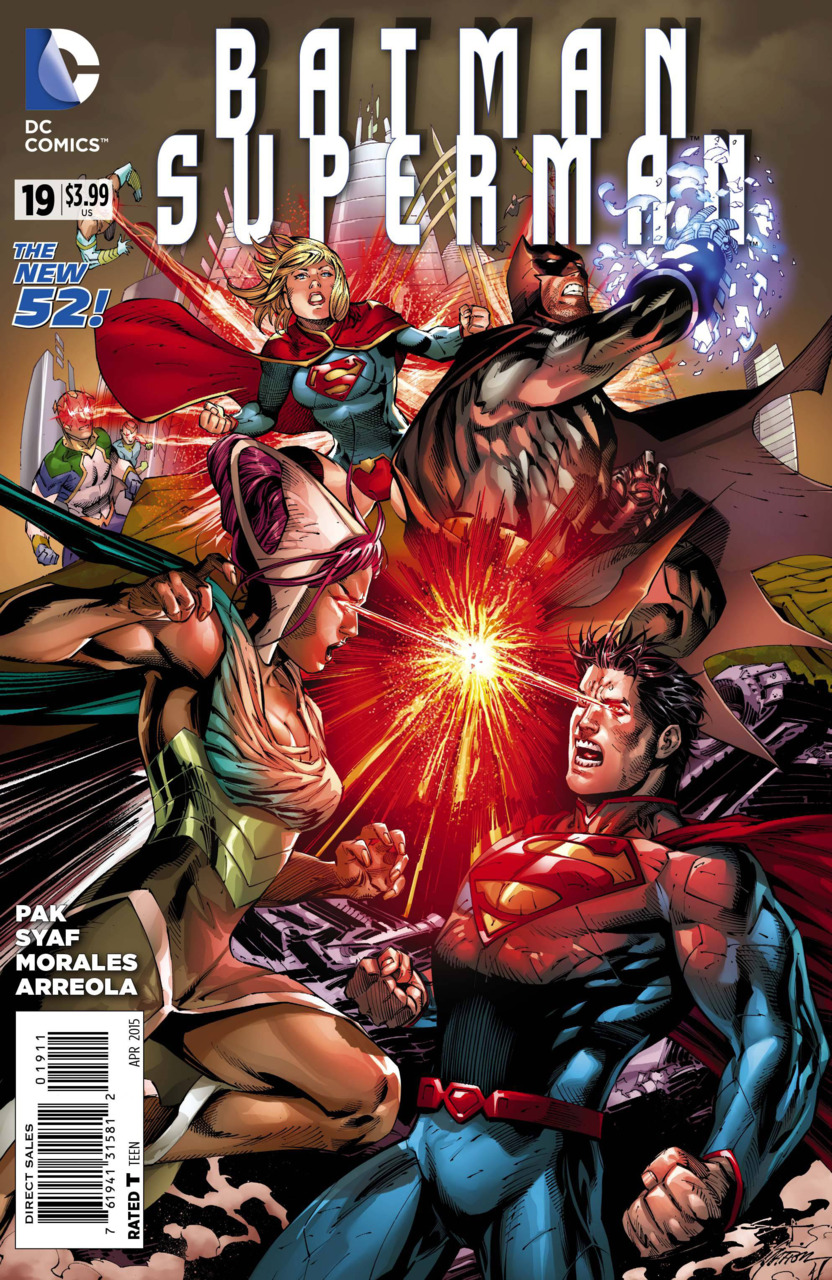 The current story arc featuring Superman’s Joker has been fantastic. Seeing Superman battle a Joker-like villain has portrayed the character with a rarely seen vulnerability. In addition to showcasing his vulnerability, this story arc has further solidified the depth of the relationship between Superman and Batman. Ardian Syaf’s art continues to be stellar, beautifully capturing the intensity and action over the course of the issue. This series started out a little rocky, however, it is quickly becoming one of my most anticipated monthly books.

The issue opens by giving the reader a firsthand account of the rise and fall of Kandor, Krypton’s greatest accomplishment. Superman’s Joker recounts, in a truly diabolical manner, the steps he had taken to use the tiny city of Kandor against the man of steel. Flash forward to the current time, Superman and Batman have traced the location of the microscopic Kandor to Iceland. With the assistance of S.H.A.D.E., Batman, Superman, and Supergirl plan to infiltrate the tiny Kandor and determine how to save the Kandorian people.

The trio learns that the Kandorian people have been manipulated into believing that the destruction of Kandor came at the hands of Kal-El. Superman quickly realizes that if they do not contain the Kandorian people, the destruction of earth is immanent. As Superman and Supergirl attempt to destroy the tower exit, Batman works tirelessly to free the Kandorians from their mind control vats. However, their efforts appear to be in vain as the mastermind behind all the preceding events is revealed.

Xa-Du, once one of Krypton’s greatest scientists, has been using the people of Kandor as a means to draw Superman into a trap. Xa-Du, now known as the Phantom King, was banished to the phantom zone by Jor-El, father of Kal-El, for his corrupt and wicked scientific practices. However, the phantom zone granted Xa-Du a limitless amount of time to develop a plan to destroy Superman and everything he has ever held dear. This story line is very similar to Scott Snyder’s A Death of the Family run. However, Greg Pak is able to conclude this issue with a twist that makes the story feel wholly original. In order to avoid complete spoilers I am withholding the reveal on the last page of the issue. That being said, I will be eagerly awaiting next month to see what the story has in store.

Batman/Superman is a book that just continues to get better. The current story arc is the finest in the series to date. Although the idea is not completely original, Pak has taken a tried story and made it his own. Coupled with art that is for the most part consistently good, this is a book that I would highly recommend to any comic book fan.