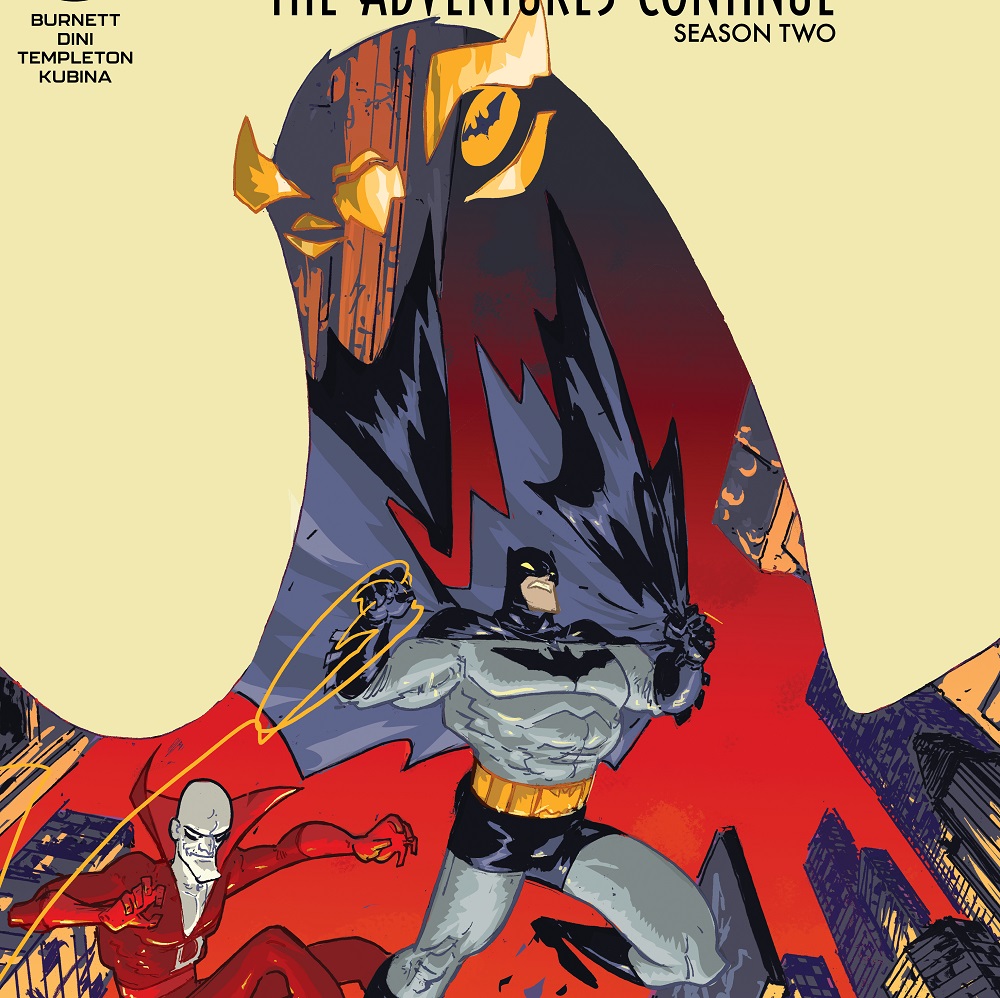 Lots of announcements are coming out for June as DC prepares to release their next batch of solicitations. One of the new announcements is Batman: The Adventures Continue Season II. As a follow-up to the successful first series, the new series sets to explore even more aspects of the DC Universe within the animated universe of Batman: The Animated Series.

The team of Alan Burnett, Paul Dini, Ty Templeton, and Monica Kubina all return for the second series which is set to have Deadman play a role in the story along with the introduction of the Court of Owls.

Gotham City is changing. After Mayor Hill is killed by a mysterious assailant, Batman finds himself tracking down an ancient order that’s long been buried under the streets of Gotham: The Court of Owls. But what does this group have to gain from the death of Mayor Hill…and how can Deadman help the Dark Knight? Will the clues lead Batman to an ancient Gotham City legend? Who else besides Boston Brand will materialize in this new season of Batman: The Adventures Continue?

Like the first series, the second season series will release digital chapters beginning on May 6. Print issues will release in comic shops beginning June 1. The first issue will feature a cover by Riley Rossmo and a card stock variant by Andrew MacLean. You can take a look at art from the first issue of Batman: The Adventures Continue Season II above. Who else are you hoping makes an appearance this season? Are there any other characters that played into past Court of Owls stories you would like to see make an appearance?