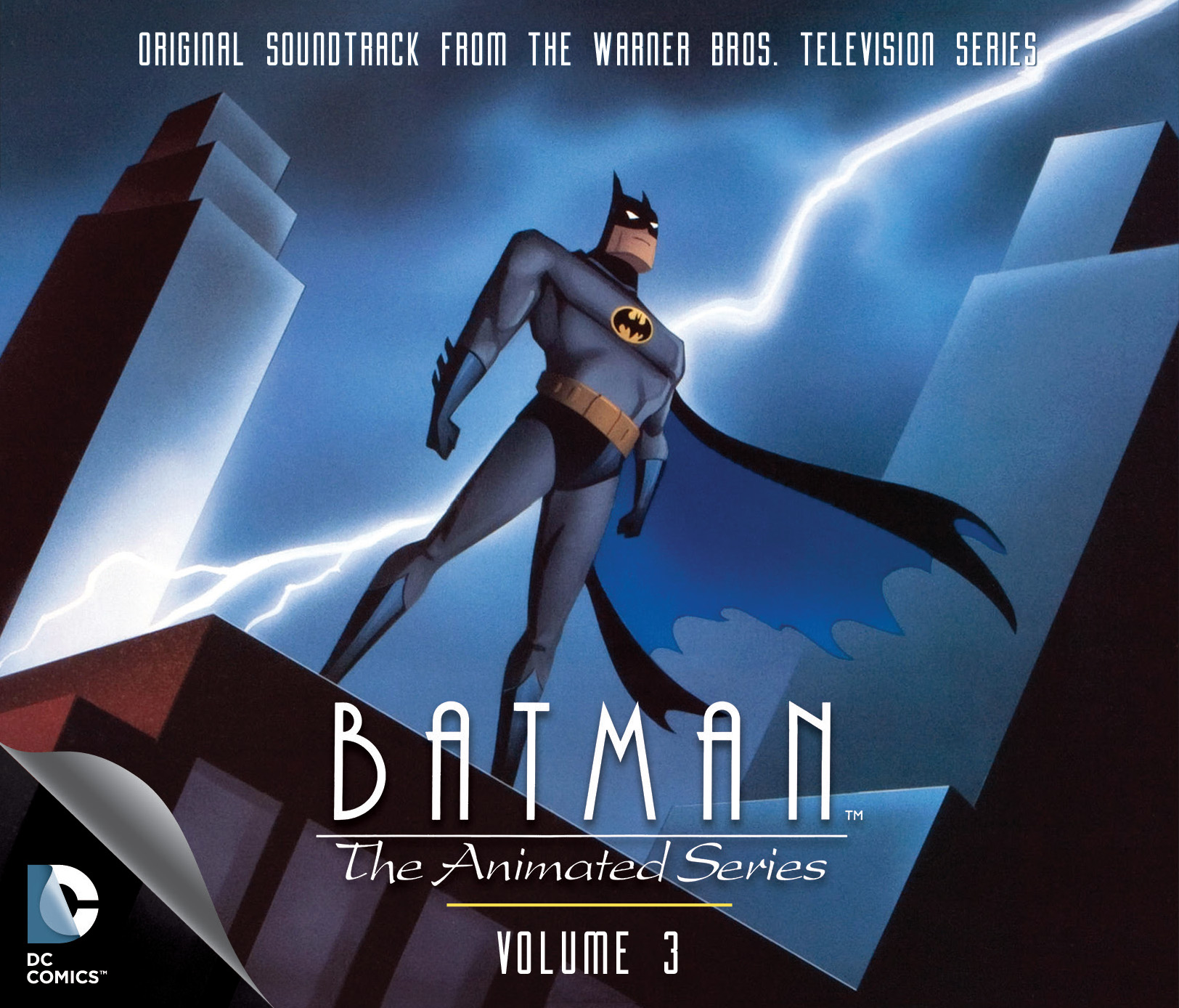 La-La Land Records has released the next volume of Batman: The Animated Series in a limited edition CD. It is available now directly through La-La Land Records. Details for the release are as follows:

La-La Land Records, Warner Bros., Warner Bros. Animation and DC Comics proudly present BATMAN THE ANIMATED SERIES: VOLUME 3, a limited edition 4-CD SET of unforgettable musical moments from the acclaimed BATMAN THE ANIMATED SERIES. These remarkable scores are game-changers in the world of television animation music, packing supercharged thrills, chills, action and drama within an emotional, musical whirlwind that rivals most blockbuster film scores. Music from such notable episodes as ROBIN’S RECKONING, ETERNAL YOUTH, DAY OF THE SAMURAI, MUDSLIDE, THE CLOCK KING and more are presented here in a knockout compilation with a combined running time of more than five hours! Produced by John Takis and Neil S. Bulk, and mastered by James Nelson, this limited edition of 3000 units features a 36-Page booklet bursting with amazing images and in-depth liner notes and analysis by John Takis. The heroic art design by Dan Goldwasser compliments this impressive volume with gothic flair.

There is also a limited versions of the set that will be available autographed but those are available on a first come first serve basis. The set runs $59.98 and is limited to 3000 units.