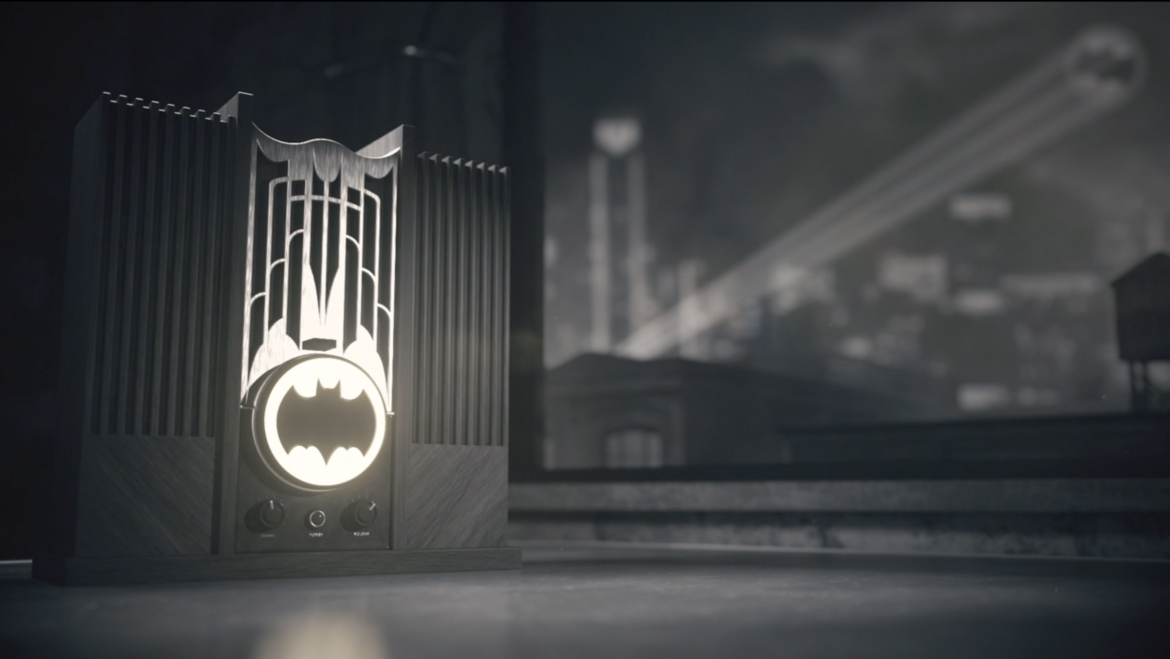 Overview: In Batman: The Audio Adventures, DC Comics has teamed with HBO Max to produce their first ever scripted podcast starring Jeffery Wright as Bruce Wayne/Batman and a slew of guest stars and big names such as Rosario Dawson, Jason Sudeikis, and Brooke Shields. The radio drama is meant to be a homage to Batman ‘66 and portrays a Batman who is five years into his career and about to be deputized as part of the Gotham City Police Department. As that is happening, his greatest enemies are about to attack Gotham City.

Synopsis (spoilers ahead): The overall theme of the show is “life and death in Gotham City.” That is what the narrator, voiced by Saturday Night Live alum Chris Parnell, tells us before cutting to a new scene. Batman will no longer be a vigilante and will be deputized as part of the GCPD. This is met with mixed reactions as some citizens in Gotham aren’t happy that a man in a mask is given the right to exact punishment on anyone he feels is worthy.

The first villain we hear Batman confront is Two-Face. Our story takes place two years after District Attorney Harvey Dent was horribly scared and became Two-Face. Two-Face is constantly bickering with his Harvey Dent side and the Two-Face side is winning. Meanwhile, Two-Face and Penguin have started a gang war.

Speaking of the Penguin, Oswald Cobblepot is heading to court to stand trial for his crimes, but the people who will testify against him keep ending up dead. Oswald is also having a hall of penguins being built in his honor at the Gotham Museum. Oswald is not a fan of the Penguin nickname. Meanwhile, the Riddler breaks out of Arkham and wants the city’s attention all on him.

Catwoman and reporter Vicki Vale join forces to expose Mayor Hamilton Hill, voiced hilariously by Jason Sudeikis, as a corrupt politician and mayor. Hill knows Vale is investigating him and gets her evicted from her apartment. Vicki moves into Catwoman’s lair and uncovers evidence that Hill is corrupt.

While all this is happening, the Joker leaves a message for Batman on the Bat-signal that he is planning an attack on Valentine’s Day.

Penguin sets a bomb at Pier 2 to frame Two-Face. Batman sees Two-Face trying to disarm the bomb and tries to help, but Two-Face falls in the water below. Harvey struggles to swim up because Two-Face can’t swim. Batman is unable to disarm the bomb, and it explodes, sending Batman into the water. Batman searches for Harvey but can’t find him. Later, Batman tells Robin that he fears he has lost Harvey forever.

Two-Face survives and is approached by Catwoman who plans to use him to get to Penguin. Catwoman and Vicki Vale know that Penguin has information that can take down Hamilton Hill in his safe in the Iceberg Lounge. Catwoman finds the files that show that Hill is funding a project for ACE Chemical but is caught by the Penguin. Two-Face shows up to confront Penguin, allowing Catwoman to escape. Penguin gets the upper hand and proposes that they team up and put their feud aside.

In the Batcave, Batman and Robin are discussing the Riddler and are examining the puzzle boxes he leaves at crime scenes when suddenly the Riddler is able to hack into and takes over the Batcomputer in an attempt to find out the location of the Batcave. Batman is able to knock him out of the mainframe by mocking his ego and comparing him to Killer Moth. However, Riddler makes his big move by poisoning the drinks at the Iceberg Casino with a form of Scarecrow gas, which causes a riot. The cruise ship casino is stopped from crashing into the pier by hitting a sandbar. Riddler is able to escape the police but after a run-in with the Joker, and seeing his plans, decides to turn himself in back to Arkham.

Catwoman heads to ACE Chemical and uncovers Project: Joycure and finds Francine Langstrom testing Joker toxin on animals and studying how to make “happiness pills,” an antidepressant. Joker has been working in a room at ACE Chemical in exchange for the company to take his leftover test tubes.

While preparing for the Joker’s Valentines Day attack, Batman thinks he has come across information on Joker’s past that could mean the end of the Joker forever. Joker plans to bomb Gotham with what he calls “weaponized love.”

Catwoman tells Batman about the Joker’s whereabouts. Catwoman wants to help, but Batman won’t let her because he is deputized by the GCPD and she is just a citizen. They share a moment before Batman runs off to confront the Joker.

Joker is broadcasting live on tv and throws a young, blond woman into a vat of chemicals before she calls him Mr. J (foreshadowing much?). Batman saves the hostages and finally takes down the Joker before the clown can put his Valentine’s Day plan in motion. Joker comments that he has recreated their first date, which is in reference to how Batman caused him to go mad in ACE chemicals. Batman says that he recreated the chemicals that Joker fell into and took the plunge himself to see how he would be affected. Batman says the chemicals didn’t affect him, and the chemicals did not affect the Joker.  Everything the Joker does is a gimmick and an act. Joker is shaken up by this revelation, and Batman and Joker fight atop a catwalk. There’s an explosion, and Joker escapes.

The first season of Batman: The Audio Adventures ends with the blonde woman that Joker threw into the chemicals crawling out and calling out for her Mr. J.

Analysis: Powered by an all-star cast and amazing production, Batman: The Audio Adventures is a fun listen. It definitely harkens back to the old Superman radio shows from the late 1940s. The all-star cast includes Rosario Dawson as Catwoman, Kenan Thompson as Jim Gordon, and Bobby Moynihan as Penguin. Of course, the star of the show is Jeffery Wright as Batman. Wright is full of comic book content as he stars in Marvel’s What If…? as Uatu the Watcher and will be in Commissioner Gordon in Matt Reeves’ upcoming The Batman. I could totally see Wright voicing Batman in a Brave and the Bold type series. He does a perfectly serious voice but with a hint of goofiness ala Adam West and Diedrich Bader.

Brent Spiner voiced the Joker and his version was very different from other versions of the character. He wasn’t as much of a laughing maniac but more of a cold, calculating Joker. I really enjoyed the twist with the Joker in that it wasn’t the chemicals that drove the Joker mad. He’s just a failure who used insanity as an excuse to kill people.

While it stars many members of Saturday Night Live, the series didn’t have an overall comedic tone. There were moments of levity, but it was really dark. At one point Penguin threatens to shove an umbrella down someone’s throat and open it. There were creepy interludes featuring the Joker calling radio shows and teasing his plans.

I fully expect season two of Batman: The Audio Adventures. There are a ton of loose ends to close such as the Two-Face storyline, Riddler’s quest to be taken seriously, Catwoman vs Mayor Hill, and the Harley Quinn ending.

However I wonder if they will just release the full series on a podcast platform and not all on HBO Max. It is difficult to just stare at a blank screen where nothing is happening, just listening, but it was still a very enjoyable piece of Batman content.

Editor’s Note: This series is now available on HBO Max. Subscribe now and gain immediate access to all episodes.

Batman: The Audio Adventures boasts an impressive cast, and overall, it's a very enjoyable, gripping drama in the style of an old radio serial.