Season 2 of Batman: The Brave and the Bold Now Available on Blu-ray 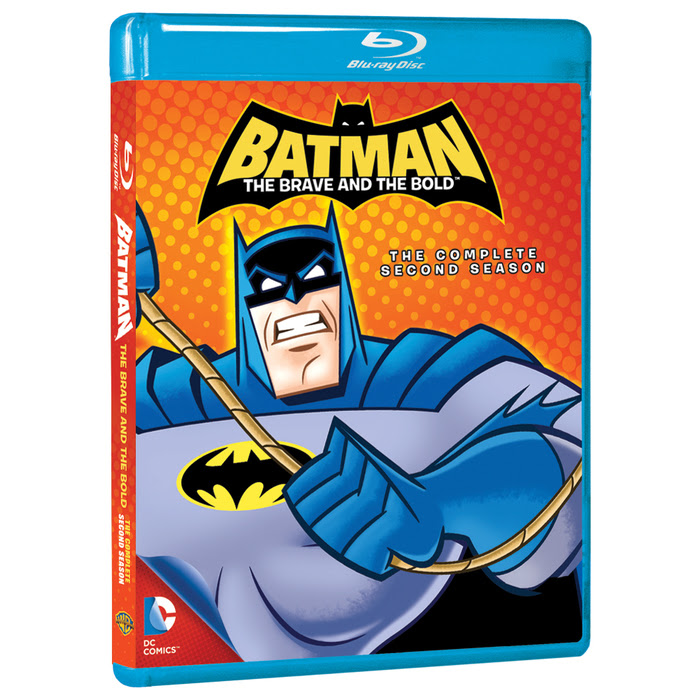 BATMAN: THE BRAVE AND THE BOLD,
THE COMPLETE SECOND SEASON
ARRIVES ON BLU-RAY™ TUESDAY, SEPTEMBER 9
FROM WARNER ARCHIVE COLLECTION Bigger, bolder, blu-er! Warner Archive Collection is proud to present “Batman: The Brave and the Bold – The Complete Second Season” in Blu-ray™ — arriving  Tuesday, September 9 at www.wbshop.com and your favorite online retailers.

The fearsome fan-addict forces behind “The Batman: The Brave and the Bold” fired on all bat-cylinders for this fantastic sophomore season that skillfully blends super-heroics, sly satire, and a leviathan scope for an animated concoction embracing the fun of the past with the pow! of the present. Thanks to the series’ first season, “Batman: The Brave and the Bold – The Complete Second Season” goes even farther beyond the expected grim and grit of the Dark Knight in both its narrative approach AND in the fun.

Across the 26-episode second season – presented in HD and widescreen as it was meant to be seen – you’ll find a vacationing Aquaman, a requiem for a Scarlet Speedster, the legendary Justice Society, the celebrated Justice League International, the Super Batman of Planet X (voiced by Kevin Conroy), Batman’s Strangest Cases featuring a team-up with one snack-loving, mystery solving mutt, and an overarching story arc that climaxes in a stunning battle against Starro the Conqueror!

And making this collection even more fab is the fact that the episodes are presented in the producer’s preferred order for the first time anywhere – including the “The Mask of Matches Malone!” in the correct aspect ratio!

“Batman: The Brave and the Bold – The Complete Second Season” is the latest Blu-ray offering from Warner Archive Collection. The ever-growing roster of animated super hero Blu-ray animation includes “Young Justice,” “Beware the Batman” and “Green Lantern: The Animated Series.”

batman: the brave and the bold