Batman: The Brave and the Bold Season 2 Coming to Blu-ray September 9 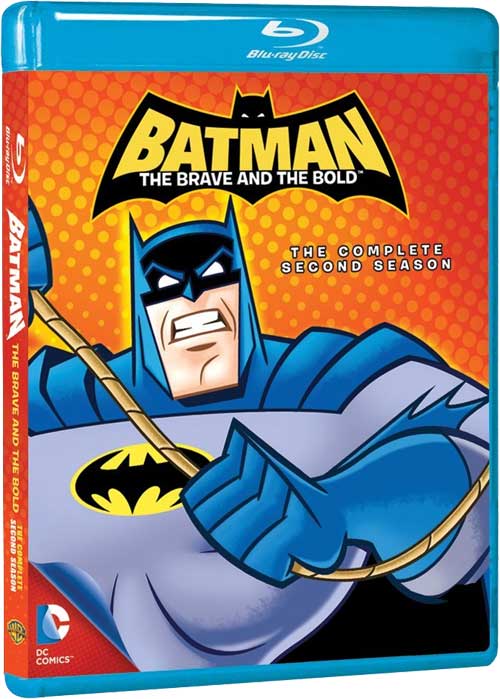 Warner Bros. has revealed the release date for Batman: The Brave and the Bold Season 2 on Blu-ray. After the success of the first season being released through Warner Archive, the second season was hinted at back in May in an advertisement. Well, now there is an official date. The second season will release on Blu-ray on September 9. Here is the official description:

Braver. Bolder. Season two of Batman: The Brave and the Bold delivers more of the action you want, as the caped crusader continues to team up with heroes from across the DC Universe in this latest interpretation of the classic Batman franchise from Warner Bros. Animation. Featuring nonstop adventure with a touch of comic relief, Blue Beetle, Green Arrow, Aquaman and countless others uphold justice alongside Batman.

Though still based in Gotham, Batman frequently finds himself outside city limits, facing situations that are both unfamiliar and exhilarating. With formidable foes at every turn, Batman must still rely on his stealth, resourcefulness and limitless supply of cool gadgets to bring justice home. With more action-packed antics and characters like Firestorm and Metal Men, season two features the voices of guest stars Julie Newmar (Batman), Adam West (Batman), Mark Hamill (Star Wars, Batman), Paul Reubens (Pee-wee’s Playhouse) and Tyler James Williams (Everybody Hates Chris).

You can pre-order it now from the WB Shop or on Amazon, but Amazon does not list a release date. The collection will be priced at $24.95 for all 26 episodes.

batman: the brave and the bold