Batman Gets Unmasked in Batman: The Imposter 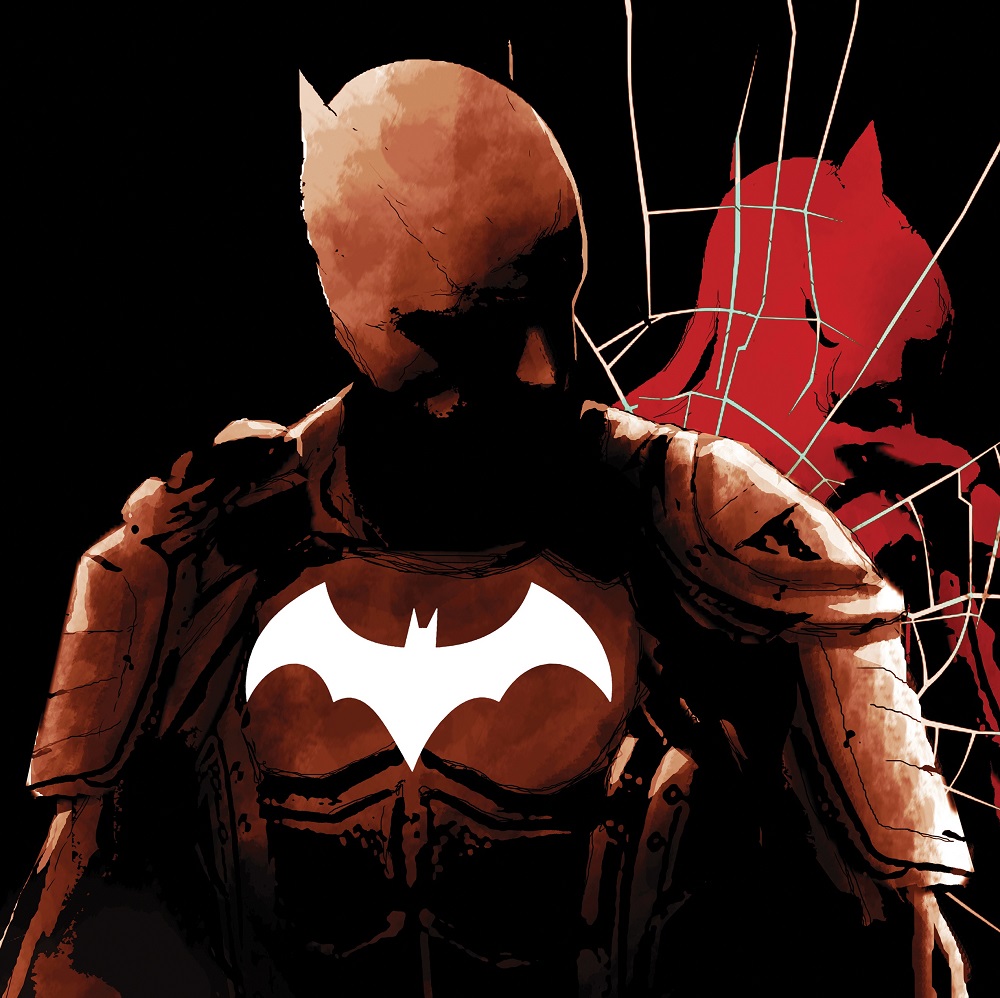 DC Comics has announced a new miniseries coming this October called Batman: The Imposter. This new DC Black Label series will have director and screenwriter Mattson Tomlin team with Andrea Sorrentino to explore the possibility of Batman being real.

Bruce Wayne’s mission as the Batman has only been under way for a year or so, but he can tell he’s making a difference. Unfortunately, he’s made some powerful enemies. All the traditional power brokers of Gotham resent the disruption the Batman has brought to town…and it seems one of them has a plan to neutralize him. There’s a second Batman haunting Gotham’s rooftops and alleys—and this one has no qualms about murdering criminals, live and on tape.

With the entire might of the Gotham City Police Department and Gotham’s rich and powerful coming down on his head, Batman must find this imposter and somehow clear his name…but how can you prove your innocence from behind a mask?

The series will have a total of three issues released in a prestige format. There will also be localized print versions of the series releasing on the same launch date in Spain, Germany, Brazil, Mexico, Italy, France, Russia, the Czech Republic, Poland, Japan, South Korea, Turkey, and Argentina. Digital retailers will also offer the series in a English-language version as well. Tomlin shared these comments about the upcoming series.

“As a lifelong Batman fan, putting my spin on Gotham City has been a dream come true. Taking the question of ‘What if Batman was real?’ as far as narratively possible conjured incredible potential that hasn’t recently been explored in the comics. Batman: The Imposter treats Bruce Wayne and the people around him as tragically flawed and vividly real, with the obstacles Batman faces coming from a reality that closely mirrors our own.”

DC has also gone ahead and announced when the collected version of the entire series will release. A hardcover collection of the series will release on February 22, 2022. Sorrentino will be joined by Jordie Bellaire on colors. The first issue will have a variant cover by Lee Bermejo and a one-in-twenty-five variant cover by Kaare Andrews. You can see a first look at the art below.

If this announcement seems to mirror a certain film coming soon, you are not the only one who has noticed. Tomlin is sharing screenwriting duties on the upcoming The Batman with director Matt Reeves. The description of the new miniseries seems to mirror what fans can expect to find in the upcoming film. Coincedence? Probably not. The collected version of the series will release at retailers one and a half weeks before the film is currently set to release in theaters. In the meantime, you can pick up the first part of the series on October 12 with Batman: The Imposter #1.