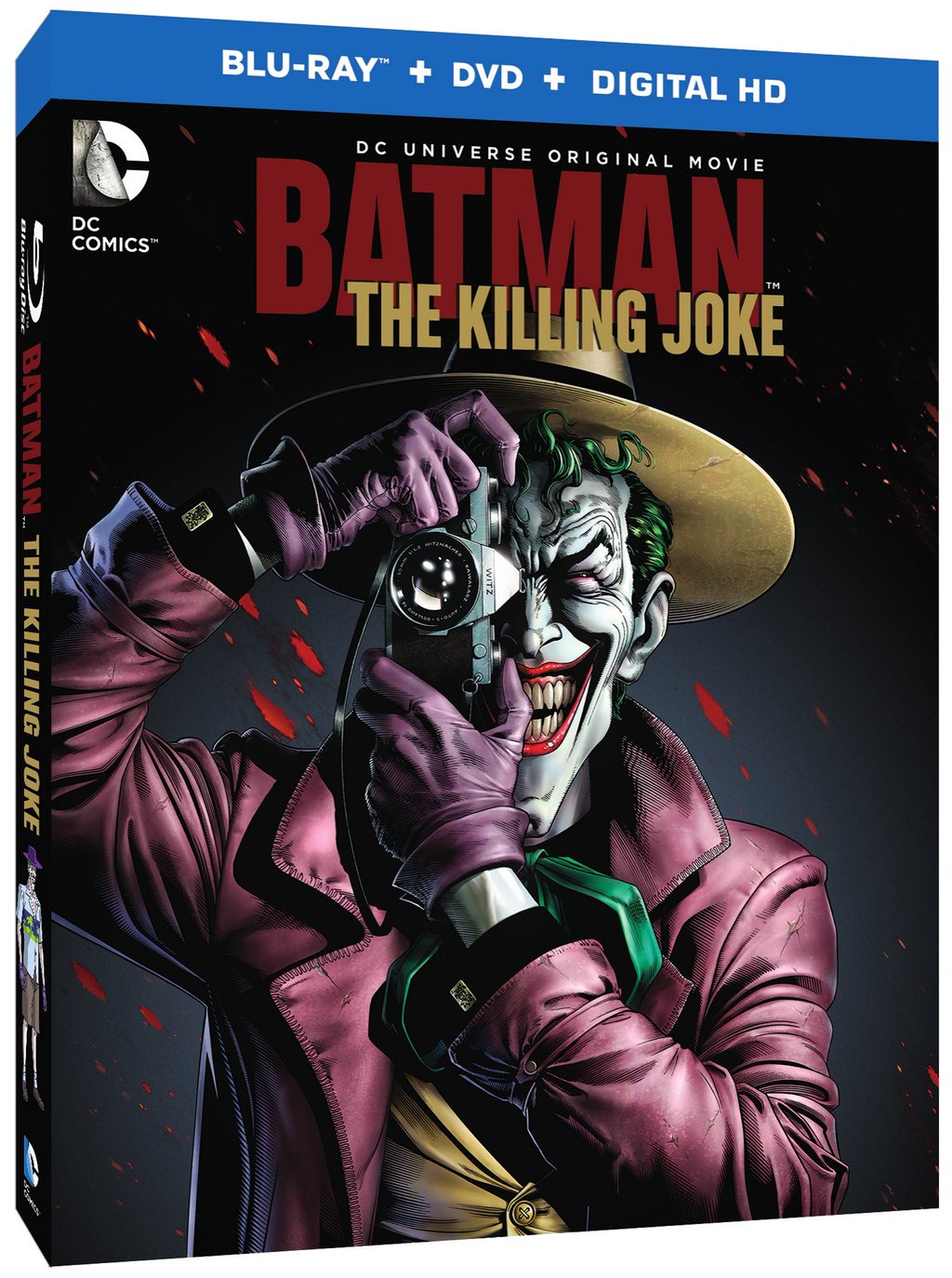 Comic book enthusiasts lucky enough to have tickets for this years San Diego Comic-Con will get to see the long awaited adaptation of The Killing Joke before the rest of us. The good news though is that we won’t have to wait too much longer to own the animated version of Alan Moore’s classic.

Warner Brothers told Enetertainment Weekly that the physical copy of The Killing Joke, which includes two making of features, will be released on August 2nd while the digital version will come two weeks earlier on July 23rd. The bonus features for these films are always worth picking up, so the Blu-ray and combo packs might well be the way to go. And hey, who doesn’t want another Batman related product to display on their shelf?

As far as the new details released, as has become normal for a DC animated release two episodes of a previous animated television project will be included along with two new documentaries: Madness Set to Music, a documentary which chronicles the creation of the film’s storyboards and original score, and Many Shades of the Joker: The Tale of the Killing Joke, a making-of short that explores the distinct style of the graphic novel. If you pick-up the Blu-ray combo pack, there will be a limited edition Joker figurine included.

Excited for the release of The Killing Joker this summer? Let us know below!