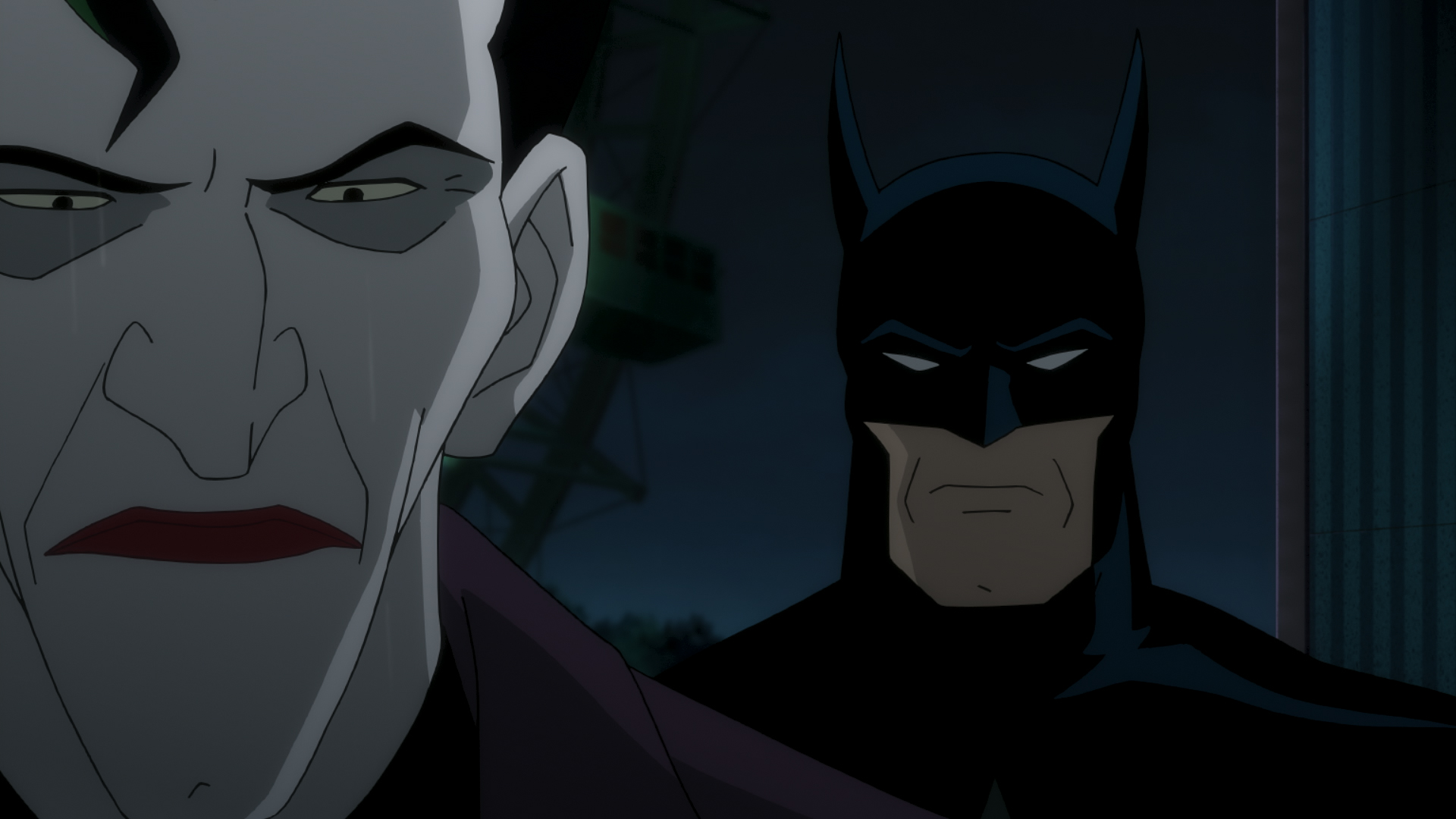 Warner Bros. has sent out a quick press release detailing the Batman: The Killing Joke will premiere at Comic Con International. The premiere will take place on July 22, which is the Friday night of the convention. Further details are expected as we get closer to the convention.

Produced by Warner Bros. Animation and DC Entertainment, Batman: The Killing Joke arrives August 2, 2016 from Warner Bros. Home Entertainment on Blu-Ray™ Deluxe Edition, Blu-Ray™ Combo Pack and DVD. The Blu-rayTM Combo Pack includes a digital version of the movie on Digital HD with UltraViolet. The Blu-ray™ Deluxe Edition will include all components of the Blu-Ray™ Combo Pack, along with an exclusive figurine of The Joker in a numbered, limited edition gift set. Fans can own Batman: The Killing Joke on Digital HD starting July 26, 2016 via purchase from digital retailers.

Based on the acclaimed DC graphic novel of the same name, Batman: The Killing Joke takes a journey into the dark psyche of the Clown Prince of Crime – from his humble beginnings as a struggling comedian to his fateful encounter with Batman that changes both of their lives forever. Years later, and now escaped from Arkham Asylum, The Joker devises a plan to prove that one bad day can make anyone as insane as he is – setting his sights on Commissioner Gordon. It’s up to the Dark Knight to put a stop to The Joker’s latest scheme and save one of Gotham City’s finest. Following a gripping prologue introducing Barbara Gordon’s heroic adventures alongside Batman as Batgirl, Batman: The Killing Joke stays true to the authentic tale that has held fans’ imaginations for nearly three decades – spotlighting the birth of a Super-Villain, the fortitude of a Super Hero and the punchline that will leave you speechless.