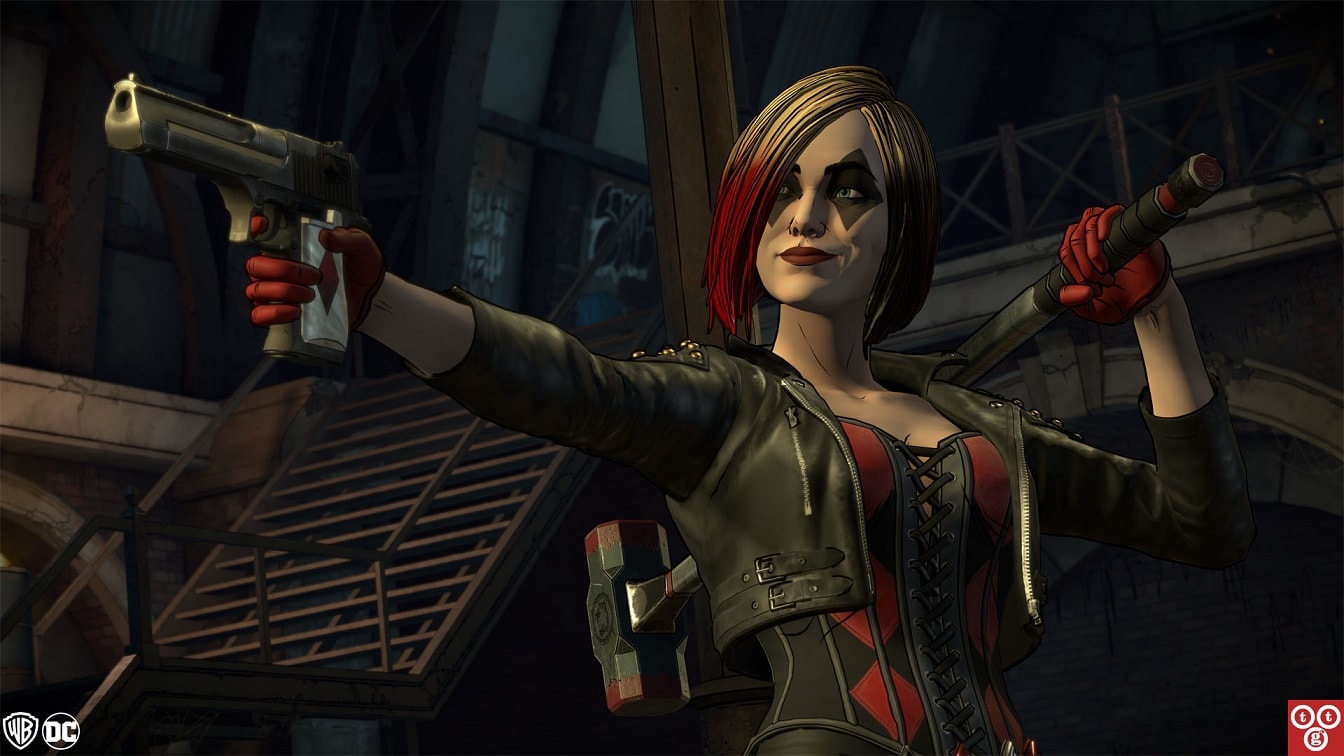 After a stumble during episode two that left players confused and potentially apathetic, the third episode of Telltale’s Batman – The Enemy Within: Fractured Mask, plays to the game’s strengths in delivering a story heavy on character relationships.

When last we left Bruce Wayne he had gone undercover for Amanda Waller to infiltrate The Pact, a collection of familiar rogues including Bane, Mr. Freeze, John Doe, and their leader, Harley Quinn. Bruce gained enough of their trust through some rather shady actions to be included on their biggest heist to date. The prize: Riddler’s body. All was going according to plan until a new member of the gang showed up: Catwoman.

If episode two of The Enemy Within was about Bruce losing himself in his actions, episode three is a redemption arc. The episode quickly wraps up the mystery of why Riddler’s body was stolen and instead focuses heavily on Bruce and Selina’s relationship. Having previously left the city during the first season, Selina’s sudden’s reappearance causes Bruce to be wary of her, a feeling the player can expand upon in their dialogue toward her as well as in some rather tough choices involving her safety. I chose to be cautious at first, but Catwoman won me over and I was right back under her spell by the end of the episode.

That’s where Enemy Within is at it’s strongest, the relationships between the characters; how they stray away from what we know and yet stay very true. It seems fitting that the Catwoman/Batman dynamic is pushed now, as their comic counterparts prepare to say “I do,” though I feel these versions are quite away from anyone popping the question. Thanks to some solid voice acting, each line had the right amount of leeriness, on both sides, with Bruce trying to go against his fear of being betrayed by Selina while she debates actually opening up and letting Bruce past her defenses. I cannot say enough how much their scenes made this episode thoroughly enjoyable.

When Bruce wasn’t dealing with his own relationship drama, he was acting as a coach to John Doe in the white-skinned, green-haired, not quite Joker’s own quest to win the hand, or at least the attention, of Harley Quinn. In some welcome, lighter moments, Bruce and John showed a twisted kinship, with me questioning if Bruce actually saw John as a friend. I don’t want to ruin some of the funnier moments, but there are some rather hilarious role-playing going on.

As for the plot through the rest of the episode, we learn of a potential chemical weapon that Harley hopes to get her hands on while the good doctor also fights to keep control over her gang as their loyalties slowly begin to fracture. When a hunt for a mole places Bruce and Selina right in the middle, the episode ends on an almost Batman ’66 style cliffhanger.

Don’t expect any new twists on the game play as this episode features one puzzle and one combat scene while the rest of your interactions are squarely through dialogue choices. Thankfully I wasn’t itching for quick time events during the 90 minutes the episode lasted, so I’ll chalk that up to a win on the writer’s part.

Overall, Fractured Mask was a welcome return to form for the series where what you say and what you choose had actual impact on the story and the characters within. With two episodes left I’m curious to see how the plot escalates but, more importantly, see where these characters stand with one another when the dust settles.