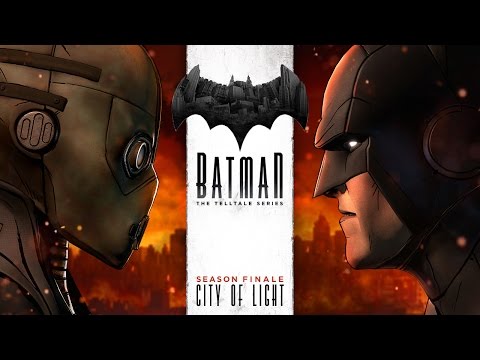 Telltale Games has released the next and final episode for the first season. The game has received both praise from fans and critics alike and if you haven’t purchased and played the game, Telltale has given you even more incentive by making the first episode free on Steam for PC users. The trailer for the fifth episode is below along with the official description.

In Episode 5, the leader of the Children of Arkham prepares to execute the final act of a plan to destroy the Wayne family name, and the people closest to you are in their path of vengeance. Can Batman’s ultimate secret be kept – his very identity – when it is causing chaos and death in Gotham? The fate of the Wayne family and of the city itself rests on your choices. What will you do? How far will you go? Which mask will you wear?

There has not been any word on whether or not Telltale Games will produce future seasons for Batman, as they recently announced a Guardians of the Galaxy series for Marvel and continue to produce new episodes for the Walking Dead franchise. Do you want new episodes from Telltale? Sound off below.