Batman and Ninja Turtles Re-Team to Take Down Bane 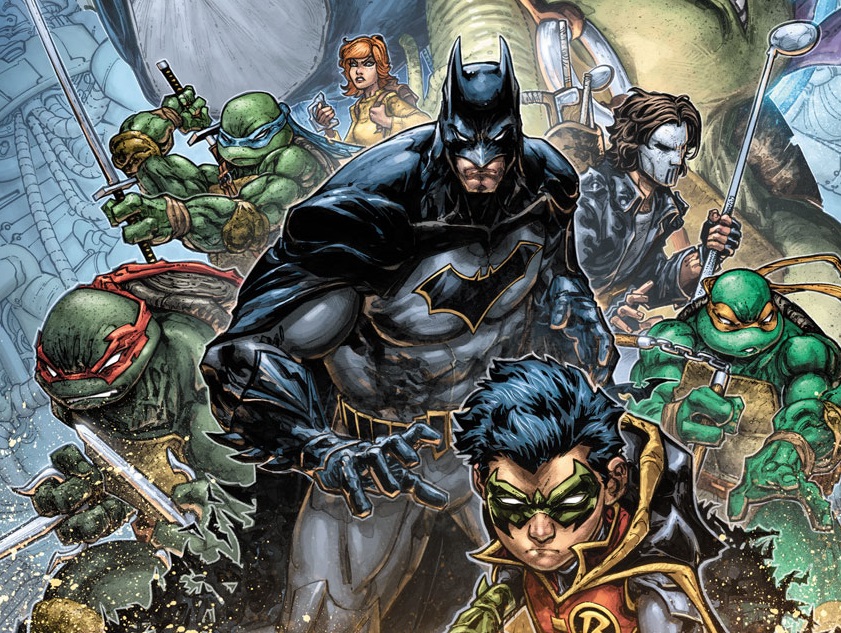 Batman may patrol the streets and rooftops , but the sewers belong to the Teenage Mutant Ninja Turtles. Probably a good idea then that DC Comics, IDW, and Nickelodeon have announced they’re joining forces again to bring a sequel to 2015’s Batman/TMNT crossover event. James Tynion IV and Freddie Williams II will handle writing and art duties respectively on the six-issue series, dubbed Batman/Teenage Mutant Ninja Turtles II. No word on if they’ll be searching for the secret of any ooze.

According to the official announcement:

When Donatello goes looking for a new mentor to help him improve his fighting skills, he opens a doorway to another reality, hoping to summon the Turtles’ one-time ally, Batman. But instead, he gets sent to Gotham City and someone else comes through the open portal —Bane! Suddenly, there’s a new gang boss in New York and he’s out to unite all the other bad guys under him. Can Donnie get back in time and bring Batman with him to help his brothers before Bane causes irreparable destruction?

Good to see Bane wastes no time being a fish out of water and goes right to dominating the criminal underworld. You won’t have to wait too long as the first two issues of the miniseries will release on December 6 and 20, with the final four being released monthly after that. Be sure to check out all the art revealed today below.