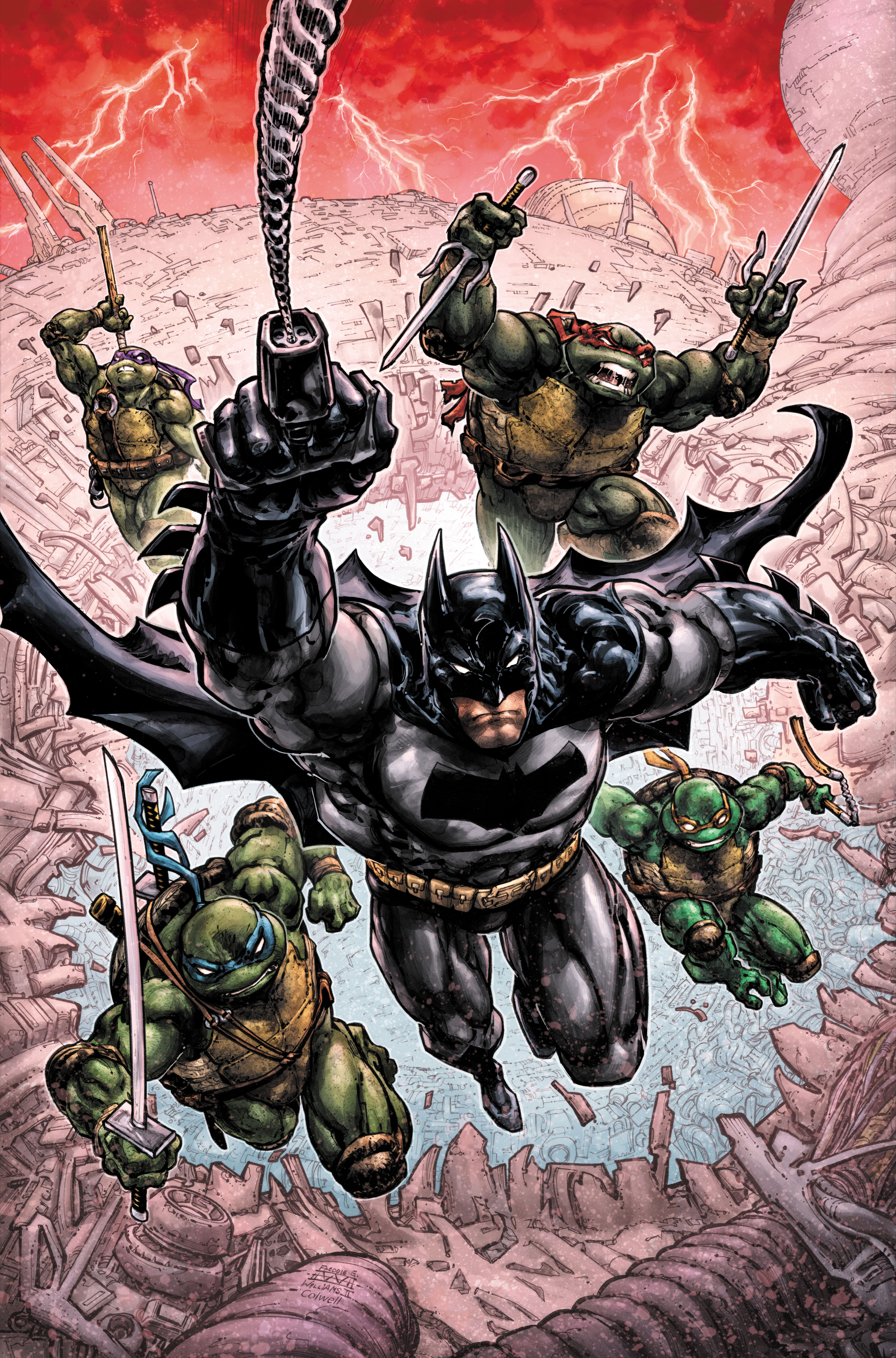 DC Comics, IDW and Nickelodeon have revealed that the third crossover between Batman and the Teenage Mutant Ninja Turtles will bring the overall story to a conclusion. James Tynion will return for his third miniseries including the Bat-Family and the Turtles. He will be joined by the first series’ artist Freddie Williams who will be joined by colorist Jeremy Colwell. Ninja Turtles co-creator, Kevin Eastman, will also be returning as an artist for variant covers as well as providing interior art for a certain point in the series.

In the first two blockbuster volumes, our heroes battled the evil of the Foot Clan in Gotham and then went head-to-head with Bane in New York. But now, in the third and biggest chapter, Krang has gotten his hands on the most dangerous technologies in the DC Universe—and no universe is safe from his wrath!

“For the last few years, with the incredible Freddie E. Williams II, I’ve been able to shepherd the meetings of two of pop culture’s biggest, most iconic brands in huge, exciting ways,” said Tynion IV. “We’ve brought Shredder to Gotham leading a riot of mutant Arkham inmates, and we’ve seen Bane bring Venom to the streets of the Turtles’ New York City. But now, on the 80th anniversary of Batman, and the 35th anniversary of the Teenage Mutant Ninja Turtles, we’ve got the biggest, craziest idea ever, one that brings all three volumes full circle to make a real statement about what these characters mean to us.”

Batman/Teenage Mutant Ninja Turtles III #1 will hit stores on May 1. Shown to the right, is the cover art by Freddie Williams and Jeremy Colwell for the first issue.