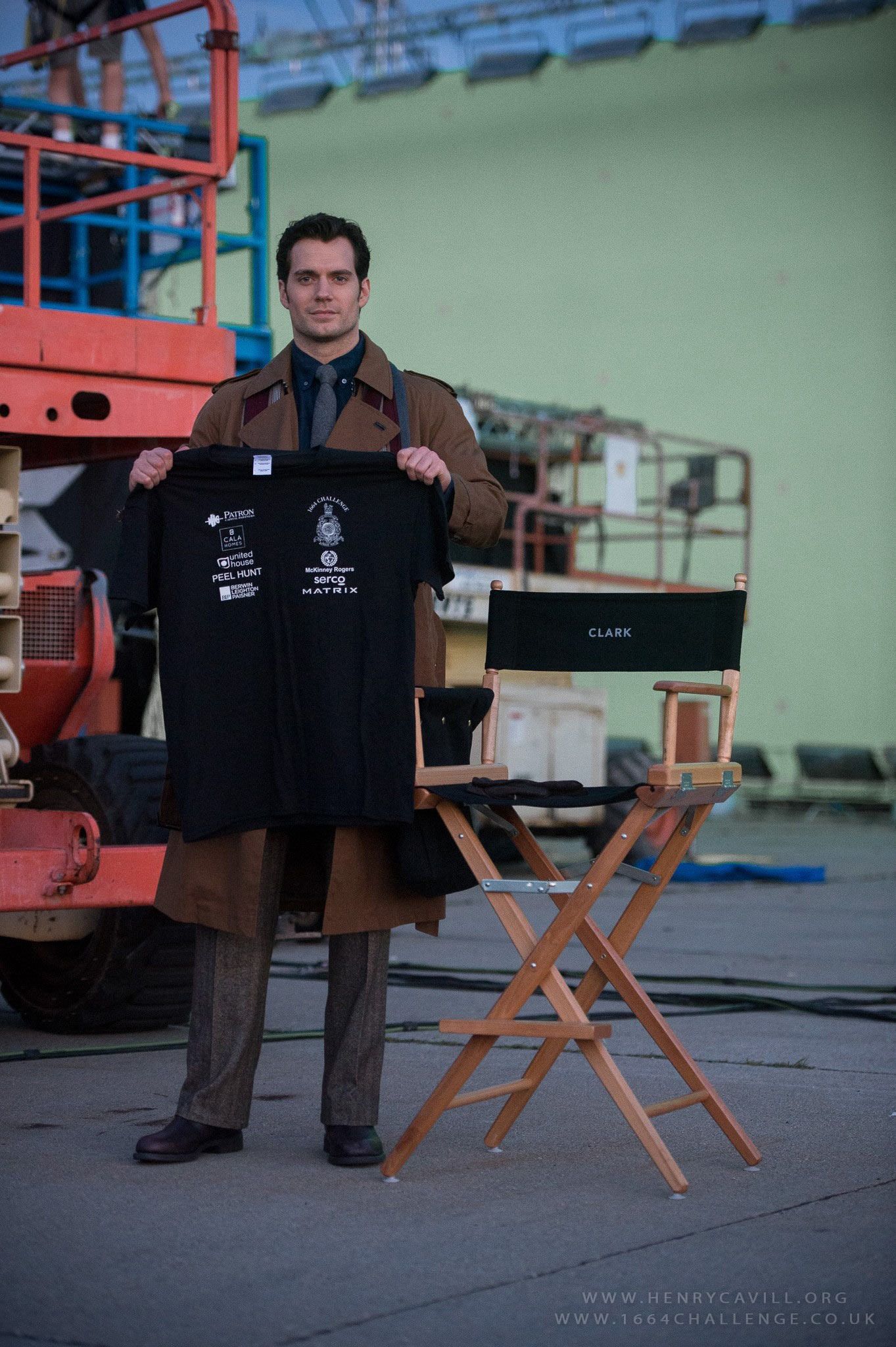 A new image has surfaced online, this time of Henry Cavill in what appears to be his Clark Kent costume. Cavill who is an active supporter of the Royal Marine Charitable Trust Fund, posed for a picture holding a shirt for an upcoming event that the charity is holding. Not only is he holding the shirt, but it appears that he is in costume as Clark Kent as he stands next to a chair simply marked, Clark.