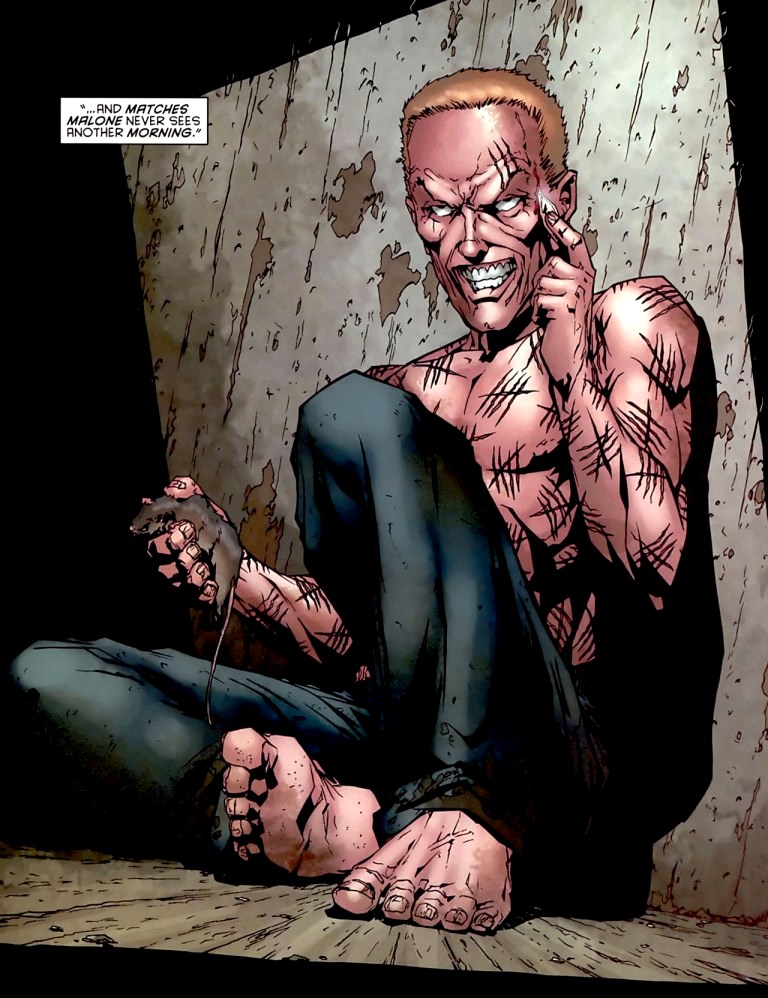 UPDATE 7/8: It appears that the information below was a hoax. A fan-written script made its rounds around the internet and these characters were all mentioned in it. Lation Review has removed their article about the characters on their site.

Lex Luthor has already been revealed to be in Batma v Superman: Dawn of Justice, but accroding to Latino Review there are three other villains that could be appearing in the film.

Latino Review starts off their article by stating that the previous rumors of Joker and Metallo appearing in the film will not happen. But the villains they claim will be appearing are Victor Zsasz, Morgan Edge, and David Cain. Here is how they describe how each character will fit into the film. A serial killer Batman fights early on in Gotham City. He usually kills with just a knife and carves a tally mark somewhere on himself for every victim. A real nasty piece of work. If I was a betting man, I would put money on Scoot McNairy playing this guy. In the movie, Edge is a total slimeball and a public relations exec for Lexcorp. Basically, he's Lex Luthor's mouth piece. We meet Edge early on when he goes toe to toe with Lois Lane in a television talk show. In the movie's backstory, Edge and Luthor were members of the most notorious gangs ever to come out of Hob's Bay. This is the kind of role that is in McNary's wheelhouse. I just don't see McNairy playing Dick Grayson/Nightwing because Grayson is in his mid 20s in the movie and McNairy is 36. One of the world's deadliest assassins, 50s, who meets with Luthor's bodyguard Mercy Graves to set up an assassination.

Latino Review even goes on to say that Amanda Waller will appear in the film as senator that doesn't trust Superman. So what do you think?