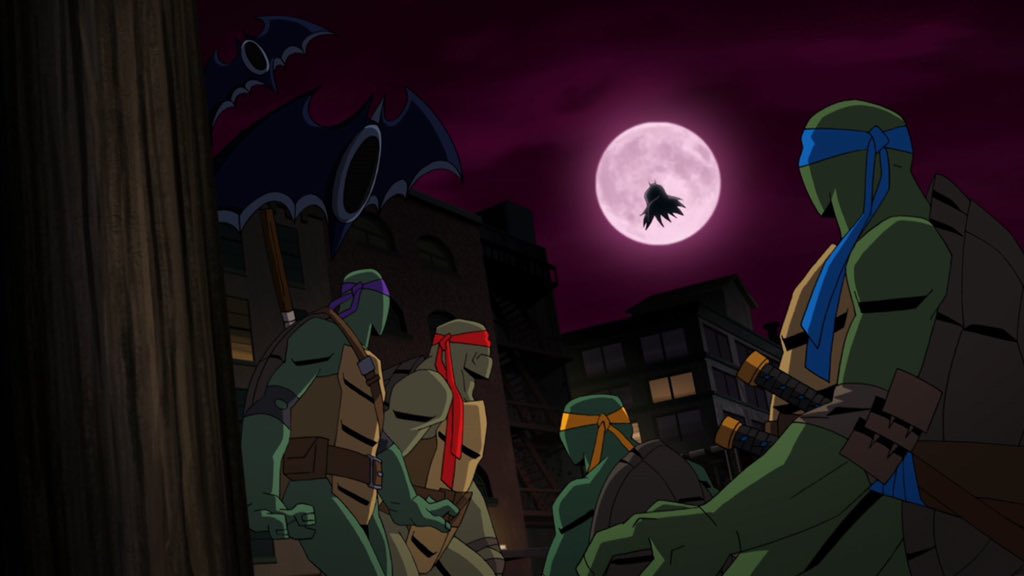 Warner Bros. has announced (via SyFy) that Batman will once again be teaming up with the Teenage Mutant Ninja Turtles. Rather than another comic series though, this time it will be in the form of an animated film. DC Entertainment and Nickelodeon have joined forces to bring an adaption of James Tynion and Freddie Williams’ comic miniseries to life.

The film will have the turtles meeting up with Batman and members of the Bat-Family to face off against a number of villains from Batman’s rogues gallery. Which villains will make the cut? Based on the cast announced, fans can expect to see Penguin, Mr. Freeze, Harley Quinn, Poison Ivy, Joker, Bane and Ra’s al Ghul. The cast will include a number of names fans may recognize as well. The film will feature Troy Baker as both Batman and the Joker, Darren Criss as Raphael, Kyle Mooney as Michelangelo, Baron Vaughn as Donatello, Eric Bauza as Leonardo, Rachel Bloom as Batgirl, Tom Kenny as the Penguin, John DiMaggio as Mr. Freeze, Tara Strong as both Harley Quinn and Poison Ivy, Carlos Alazraqui as Bane, and Cas Anvar as Ra’s al Ghul.

The film is set to release sometime this spring on 4K Ultra HD, Blu-ray and digitally, though no exact date has been announced at this point.