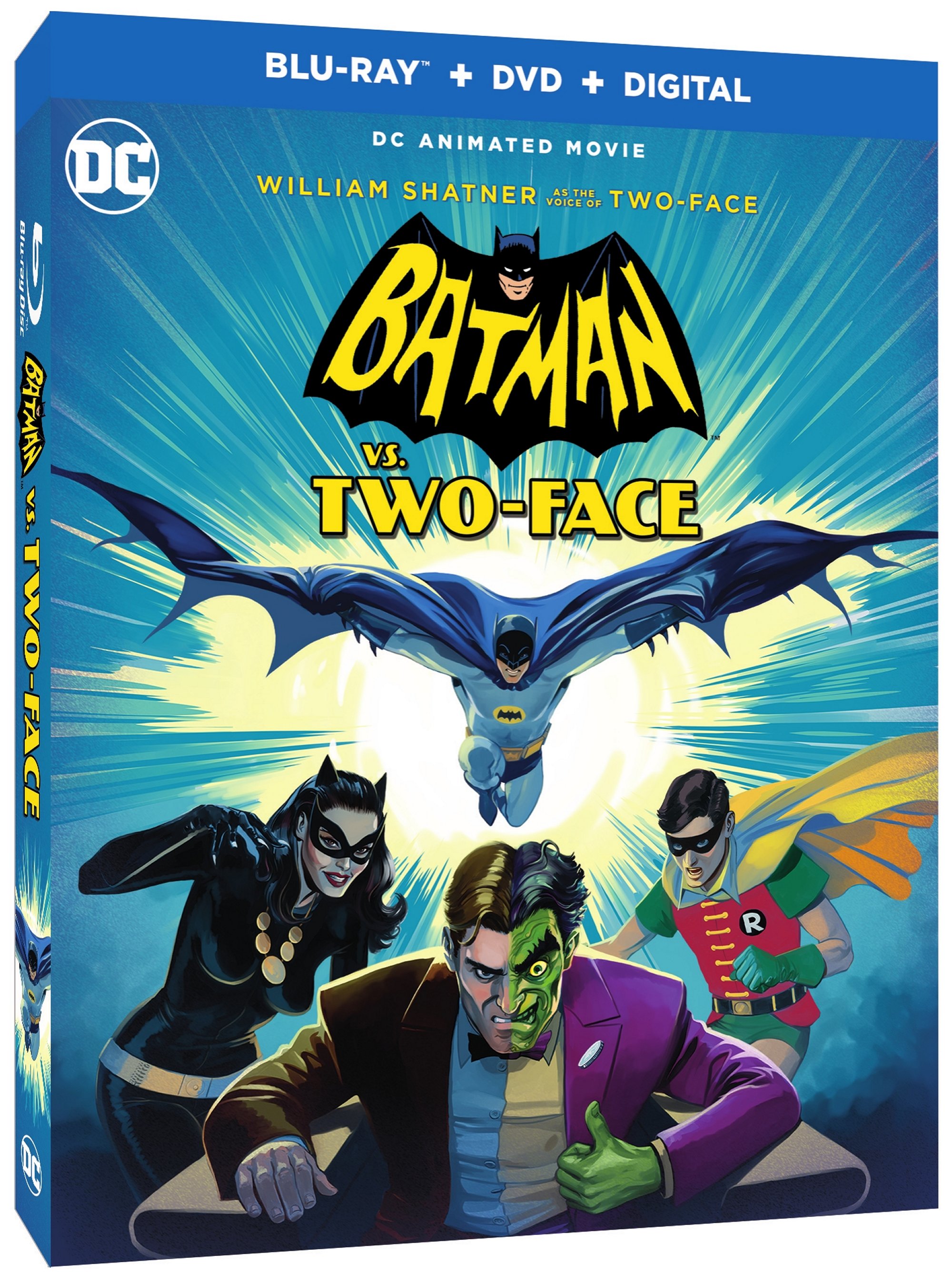 Adam West may be gone, but his legacy as Batman continues on in the upcoming DC animated film Batman vs Two-Face. From the newly released trailer of this throwback to the 60’s television show, we can glean that an experiment by Hugo Strange and what looks like Harley Quinn as his assistant goes wrong, causing Batman’s good friend Harvey Dent (voiced by another 60’s icon, William Shatner) to become the dastardly dual-faced devil. Along for the ride is Burt Ward once again voicing the Boy Wonder, and a whole host of villainous cameos from the show including Mr. Freeze and Egghead.

Below are is a list of the special features included on both the DVD version and the Blu-ray release of the film.

-“The Wonderful World of Burt Ward” (featurette) – Spotlighting Burt Ward’s life away from acting – particularly his many benevolent activities, and his lifelong devotion to the health and welfare of dogs.
-Adam West Tribute Panel/2017 Comic-Con International 2017 – At the 2017 Comic-Con International in San Diego, a panel celebrated the life and times of the late Adam West, the legendary “Bright Knight.” Fans laughed, cried and cheered as actress Lee Meriwether (Catwoman from the 1966 Batman movie), director/writer/actor Kevin Smith, actor/radio personality Ralph Garman, producer James Tucker and moderator Gary Miereanu captivated the audience with anecdotes and tales about Adam West.
-Actors Burt Ward and Julie Newmar discussing various aspects of their lives, ambitions and inspirations.

Is Two-Face destined to destroy the dynamic duo? Find out when the movie hits digitally on October 10 or on DVD and Blu-ray Combo Pack on October 17. You can pre-order your copy right here.